Artificial intelligence has five obstacles. The final option is war 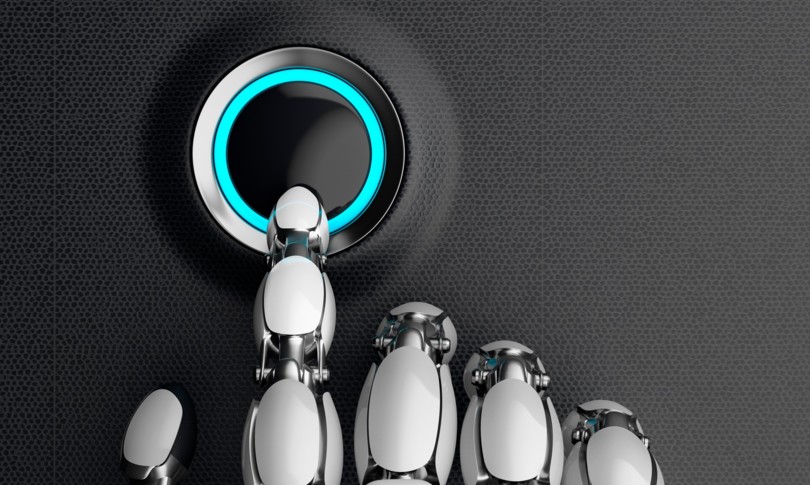 In terms of patent production in Artificial Intelligence technology, the United States and Japan are the leading countries. China is next. The remainder is sent to Europe. We are almost at zero in Italy. Leading countries always spend the same amount on research and development. With China’s progress.

The goal of the volume (in multiple voices) is to understand nature and provide a first (necessarily multidisciplinary) framework from various angles to the most pressing AI challenges.

The impact of technology on our life and the epochal change it has brought about are in the background. The pervasiveness of digital tools is invading the world, and there is an increasing risk of being unable to regulate thinking machines that are becoming more automatic and autonomous.

“Until recently, the topic of Artificial Intelligence was reserved for a few, but now, especially in light of the outbreak of the Ukrainian conflict, we are all interested and fearful of the risk that an intelligent machine could trigger a world war simply by misinterpreting a signal,” Paola Severino emphasizes.

“The AI has gained an intensification of attention” as a result of two dramatic occurrences, the epidemic and the war, but it is now required to set some stakes. There are two issues on the table that are already here and need to be regulated: the robot judge and self-driving cars. Who is accountable in the event of an accident when machines acquire the ability to self-correct? Is it the inventor or the machine that’s to blame? Insurance firms are already tackling the problem. A legislator must anticipate the phenomenon’s evolution and work to establish norms that are consistent with those of other countries “.

Severino repeated it again during a debate at the Istituto Affari Internazionali’s headquarters. “We, as jurists, must be prepared to put in place appropriate norms in the future. AI and data analysis can be employed, but they cannot be the exclusive source of judgment, according to him “.

He then emphasized the need of the “human evaluation’s completeness Yes, but not as a man’s replacement. We need to be ahead of the game, moving quickly and looking ahead “.

Sebastiano Maffettone, director of Ethos Luiss Business School, discusses the topic of “digital sustainability” in his reflection. Artificial Intelligence, as well as new technology, “must be recognized and addressed It is not a matter of erecting barriers. True, algorithms can limit freedom: they are numbers that don’t grasp context “. What about political matters? “Control is the primary issue.”

“One of the major challenges with AI, according to Giuseppe Italiano, full professor of Machine Learning at Luiss Guido Carli, is that it is extremely sophisticated, with algorithms that are black boxes, black boxes, and it is impossible to understand what is inside. There are billions of artificial neurons inside these technologies, each of which does a particular task, but we have no idea why there is a certain signal at the output. Despite this, they have achieved amazing results: they can spot cancer cells and create new medications “.

What is going on in the Artificial Intelligence world? “Many algorithms are evolving from automatic to autonomous, meaning they are making decisions.” They pay attention to financial activities, have a say in crucial community choices, and drive vehicles. It is vital for Italians to be able to “make algorithmic behavior public” and to ensure that “these behaviors are in the best interests of all, not just a few people.”

So there’s the data. “To perform at their best, algorithms require a lot of data.” If I need to hire someone, for example, I’ll need previous data. How likely is it that old prejudices, such as those against women, would be repeated?

Polarization and the economy

From commercial transactions to Artificial Intelligence geopolitics. Stefano Manzocchi, Vice Rector for Research at Luiss Guido Carli, discussed economics in Paola Severino’s book as well as at the Iai meeting. Let’s start with the map showing the geographical distribution of patents related to Artificial Intelligence: the United States and Japan are first and second with 27 and 25 percent, respectively; China is third with 16 percent, followed by Europe with 11 percent, and Italy with percentages close to 0.

“Polarization is a topic that runs through many economic aspects of Artificial Intelligence. A considerable polarization of economies appears from these maps: where it counts who has invested first, who has benefited from public resources, and the percentages in R&D spending “.

Individual states’ advantages “then tend to duplicate and consolidate.” Polarization is cross-cutting; it fosters leadership, and it affects both the labor market (the skills gap and the marginalization of some professions) and the corporate market.

Human in the loop, security, and defense

Another consideration. “With the exception of the United States, the military industry is not the most creative.” This is because “there are significant barriers to the implementation of AI in the military services, particularly in Europe, which are reflected in the NATO framework.” Anti-missile defense is the “area where the biggest investment in Artificial Intelligence is made in terms of military capability.”

Consider supersonic missiles: “a few tens of seconds saved is invaluable.” But, as Marrone pointed out, AI only goes as far as defining scenarios and possibilities. “The decision is always made by the officer in charge, in accordance with the chain of command and the Human in the Loop principle.” “Especially in intelligence, satellite communication, and in-orbit services,” AI plays a bigger role in space.

What about the drones? “Just because drones don’t have pilots on board doesn’t imply they’re flying by themselves.” They’re remote-controlled vehicles “The choice to strike a target is still a military and political one. At critical times, it is the man who makes decisions “.

One thought on “Artificial intelligence has five obstacles. The final option is war”