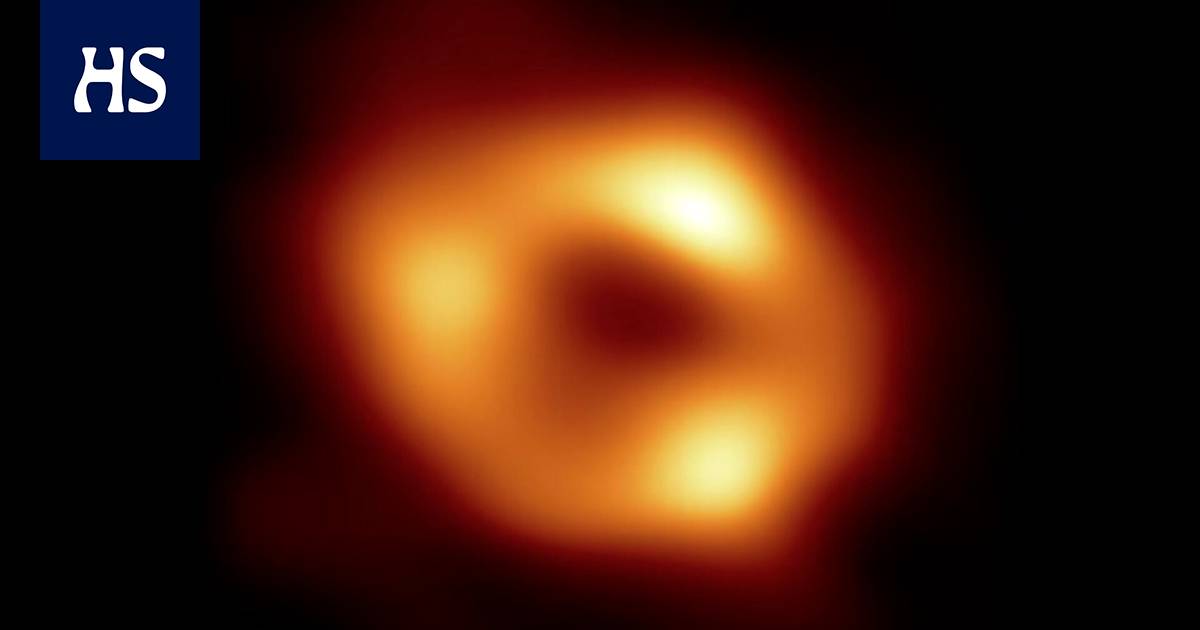 The image was presented by a team of researchers at Event Horizon Telescope, who also compiled the first image of a black hole in a distant galaxy.

International the research team published the first image of a black hole in the center of our own galaxy. It also has a name, Sagittarius A *, and has fascinated astronomers for decades.

Mustan the image of the gap was created by the Event Horizon Telescope project, which has hundreds of researchers from around the world. The research program uses several radio telescopes that work together like a huge telescope.

Researchers worked thoroughly on computers with an image of this supermassive black hole, like a professor Heino Falcke already hinted at HS in the winter. Falcke is one of the initiators of the EHT.

”See looks amazingly similar to the picture of the black hole in the galaxy M87, even though Sagittarius A * is only a thousandth the size and mass of it, ”says a senior researcher Tuomas Savolainen From Aalto University. He was part of the EHT Imaging Team.

“Its structure is very similar, and the size of the ring of visible radiation matches the prediction of the theory of relativity,” Savolainen continues.

Researchers from Aalto University, the University of Turku and the Finnish ESO Center took part in making the revolutionary picture. The European Southern Observatory was involved in the project and organized a press conference.

The same international group compiled a picture of Savolainen mentioning the center of the galaxy M87 from a giant black hole. The object was then chosen because of its size, among other things, because it could be described with current technology.

According to the release, the EHT observed Sagittarius A * over several nights, gathering information for many hours. It kind of works like a long exposure with a standard visible light camera.

But the image of the black hole had to be compiled by combining and analyzing data with supercomputers, meaning in that sense it was no ordinary single shot. According to Savolainen’s description, the image is an “average” of a large number of images.

“Plasma rotates the aperture on a time scale of a few minutes or tens of minutes and thus a large number of times during the‘ exposure ’,” Savolainen reports.

“The brightness in the plasma surrounding the aperture makes it difficult to take a picture. Thus, in individual images produced by the EHT, the position of the bright spot in the ring varies. We can’t say much about the brightness seen in the average picture. ”

“Material is actively falling into the M87, but our own opening is in a very quiet environment compared to it. Still, there is some gas there, and we see a black hole because of it, ”says Savolainen.

The first image of the black hole in the galaxy M87 was composed in the same way as the image of Sagittarius A *. This opening is huge, as the entire Milky Way would fit in the middle of a round “shadow”. Picture: EHT

It is more difficult to describe the black hole in the center of the Milky Way than the already described M87 giant.

One reason is that Sagittarius A * is more variable. The radiating plasma circulates the huge opening of the M87 in twelve days, so it also has time to follow for several days. The Sagittarius A * n plasma thus circulates in several minutes.

Sagittarius A*:n the research already brought the Nobel Prize in Physics to two scientists in 2020.

Astronomers Reinhard Genzel and Andrea Ghez both testified with their groups that there is a supermassive target in the center of the Milky Way, i.e. a huge black hole.

The star S2 orbits the black hole in the center of the Milky Way (marked with an asterisk) in a yellow drawn path. The track is very oval. There are other stars around the center. Picture: KECK / UCLA GALACTIC CENTER GROUP