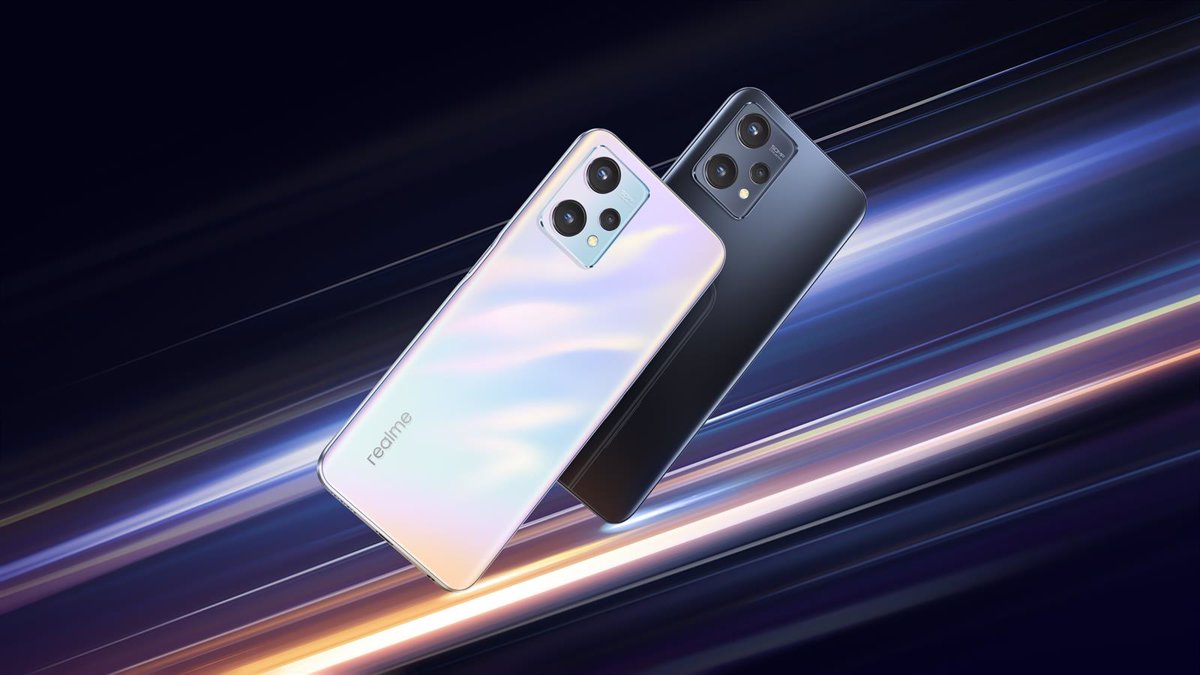 The new gadgets from the Chinese company’s series number are lightweight, measuring 178 grams for the realme 9 and 191 grams for the realme 5G. They’re also slim, with an aerodynamic profile of 7.99mm and 8.55mm, respectively. These traits have propelled them to the top of their respective smartphone categories.

These new members of the series 9, which were unveiled worldwide on Thursday, include the world’s first holographic design solution, which was inspired by desert light. The color of the rear cover will change as sunshine touches it.

Furthermore, the company has concentrated its efforts in realme 9 on creating Nanopixel Plus technology to boost sensitivity and noise reduction in low-light circumstances.

Because of the combination of several photographic modes, autofocus can be up to nine times more exact, and the 3x zoom allows users to take crisper photographs.

realme 9 5G, on the other hand, It has a 6.6-inch Ultra smooth FHD display with a 120Hz refresh rate and a 90.8 percent screen ratio for a visual experience. is capable of 600 nights of brightness and 16.7 million colors, as well as a touch sampling rate of 240 Hz.

The Snapdragon 695 5G processor in the realme 9 5G model has two very powerful Arm Cortex-A78 cores in its octa-core CPU, which can reach speeds of up to 2.2 GHz.

The 6 nanometer (nm) manufacturing method is also used in this processor, allowing it to give great performance while simultaneously extending battery life. It also includes a GPU-Adreno 619 that boosts speed by up to 30% and supports dual SIM cards and Dual Standby mode.

Your battery has a capacity of 5.000 mAh and can provide almost 149 hours of music listening and 42 hours of talk time when charged at 18 W through USB-C connection.

In terms of photography, the realme 9 5G is distinguished by the inclusion of a triple camera with artificial intelligence (AI) technology that includes a 50 MP Ultra HD lens, a black and white portrait lens, and a macro camera.

Night Mode, Panoramic, Portrait, HDR, Ultra macro, scene identification with AI, beauty filter, and bokeh are just a few of the settings available on the camera.

The front camera, on the other hand, is 18 MP and includes HDR technology for better high-definition selfies as well as beauty effects.

The gadget is powered by a Qualcomm Snapdragon 680 processor with a high-capacity Cortex-A73 and Cortex-A53 in its octa-core CPU that runs at up to 2.4 GHz.

The GPU-Adreno 610 is also included, as well as a 6nm manufacturing process that provides up to 20% higher energy efficiency. The battery, on the other hand, is 5,000 mAh with a 33W rapid charging technology.

This gadget is distinguished by a triple ProLight camera with 108 MP AI technology and Samsung’s ISOCELL HM6 sensor in terms of camera arrangement. It also comes with a 4 cm macro lens and a 119-degree viewing angle lens that provides deeper depth.

The technological maker has chosen to debut the new realme Pad Mini, the company’s AIoT product line’s “flagship product,” with the two terminals from the 9 series.

It has an ultra-thin metal body that measures 7.59 mm in thickness and weighs 372 grams, making it easy to carry and hold with one hand. Is made of aluminum and has exceptional machining capabilities.

It also has a 6,400mAh battery, which provides plenty of power for everyday use. It can stay charged for 12 hours if users watch YouTube, 15 hours if they hold virtual meetings, and 8 hours if they play games.

It also has quick charging technology and a reverse charging option. Users’ cellphones can be charged using the realme Pad Mini via the charging wire when their batteries run out.

The tablet also has a stereo system with dual speakers and adaptive sound technology, as well as an 8 MP AI HD back camera and a 5 MP HD front camera. It comes in two colors: dark blue and gray, and it supports the Chinese brand’s tablet customisation layer, which is based on Android 11.

The most powerful model, with 4 GB of RAM and 64 GB of internal storage, will have a recommended price of 199,99 euros, however it will start at a lower price than the previous one. From May 17 until May 31, you can get the tablet with the base configuration for 159.99 euros and the most advanced configuration for 179.99 euros.