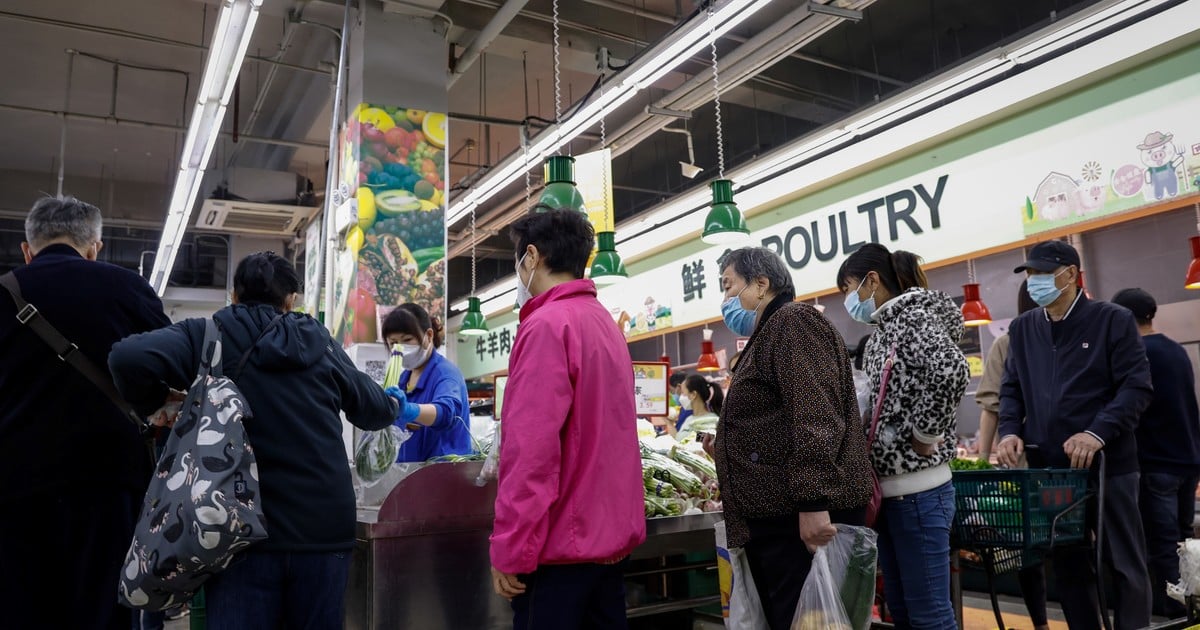 Thursday saw hours of mass hysteria in Beijing after rumors of a possible confinement of the capital from China. Many people flocked to markets and stores to stock up on their homes, offering scenes of panic buying.

The districts of Shunyi, Fanshang and the south of Chaoyang, in the center of the city, have been days with ongoing community closures. The suspension of public transport and taxi services to the most affected areas of the capital increased anxiety. In addition, the rumors about the suspension of the home delivery service were added.

For hours, in the absence of official information, the inhabitants of Beijing were carried away by a natural fear, relying on rumors and comments on social networks that warned of a “Shanghai-style” closure.

People in Beijing went shopping on Thursday fearing a complete lockdown of the capital. Photo: EFE

Already on Thursday afternoon, at the routine conference, the authorities came out to deny the rumors. Instead they talked about “soft lockdown” in 12 districts From the center of the city.

Citizens were urged to work from home and not leave their homes during the weekend, although they are not forbidden to go out. They ensured the permanent replenishment of the city and refuted the suspension of the food delivery service at home.

The authorities denied the suspension of the food delivery service at home. Photo: EFE

This Friday, Beijing was breathing more normally. At the moment, it is saved from strict confinement, although uncertainty remains as to where this “dynamic zero covid” policy is headed, which the Government insists so much on defending, despite local and international criticism for its unsustainability.

A woman, in the crosshairs of the authorities

A woman is in the crosshairs of authorities after she spread “rumors” about an alleged lockdown in Beijing due to coronavirus cases, causing thousands of people to flock to supermarkets in panic, police announced on Friday. China.

Beijing lives for weeks a resurgence of the coronavirus and registers between 40 and 80 new cases daily.

The restaurants and cafes they do not receive clients and most shops, cinemas and gyms are closed, but the vast majority of 22 million inhabitants of the capital China can leave their homes, except for some confined neighborhoods.

The messages spread on Thursday by social networks assured that the authorities they were going to decree a confinement imminently.

The rumor generated an unusual influx of people in supermarkets, in search of food and basic necessities.

The vast majority of the 22 million inhabitants of the Chinese capital can leave their homes. Photo: EFE

“The message was spread massively on social networks, which seriously disturbed public order and had dire effects“Beijing police said on the Weibo platform on Friday.

The 38 year old woman suspected of having launched this alert “is the subject of coercive criminal measures,” law enforcement officials said without giving further details.

These measures may include detention, house arrest or conditional release pending trial.

This Friday, the Ministry of Health announced 50 new cases of covid.

In Shanghai (east) a city especially affected by this outbreak of covid-19 and where most of its 25 million inhabitants have been confined since the beginning of April, coronavirus cases are declining.