Marine Le Pen: “I will no longer run for the presidential elections” 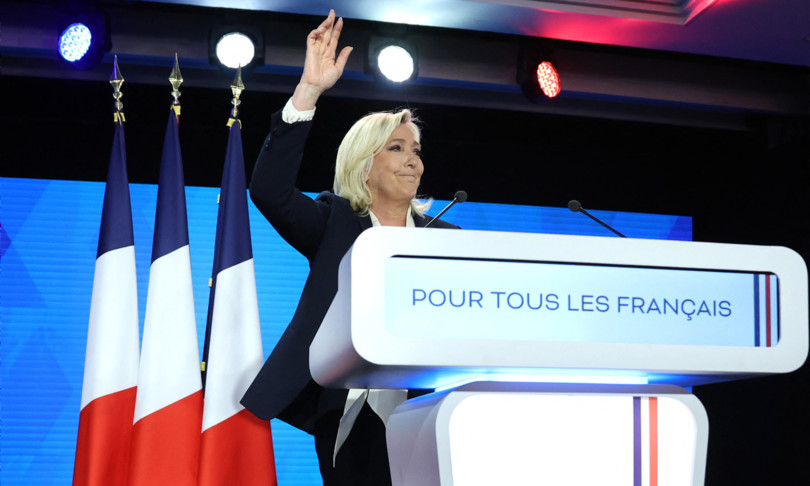 Marine Le Pen will not reappear in the French presidential elections “barring exceptional events”: he said this in an interview with Le Figaro, published on the newspaper’s website. “I think three presidential elections are already a path, which it allowed me to grow our ideas from 18% to 42%. In 10 years it is a good growth“, spiega the leader of the National Rally.

“The role of our movement in the coming years will be, on the one hand, to conceive the national project of the twenty-first century, and on the other hand, to bring out a new elite. And Jordan Bardella (president of the party, ed) seems to me very adequate to do so, “adds Le Pen.

One of the great failures of the re-elected president, Emmanuel Macron, it was precisely that “of not having brought out anyone”observes Le Pen, who three weeks ago was defeated for the second time by Macron in the race for the Elysée.

From his father Jean-Marie at the head of the party

At nearly 54, the leader of the Rassemblement National therefore seems to put a cross on the Elysée. The daughter of Jean-Marie, founder of Front National, the “fascist” party, was a candidate in 2012, 2017 and 2022. In the last two editions she has been defeated by Emmanuel Macron in the ballot.

His political path is marked by a constant growth in consensus: in the presidential elections of 2012 he obtained 17.90% in the first round, placing himself third and, therefore, failing to qualify for the ballot, which opposed Nicolas Sarkozy to Francois Hollande; in 2017, however, she qualified for the ballot (a historic result) but he lost to Emmanuel Macron by almost 34% of the vote; in the elections last April she was again defeated by Macron in the second round, but clearly improving the result of 5 years earlier, reaching 41.45%.

Mother of three, a lawyer by profession, Le Pen entered politics at the age of 18 with her father’s party. In 1989 she is on the list for the municipal elections in Saint-Cloud and after various candidacies she becomes regional councilor of Nord-Pas-de-Calais in 1998. In 2004 she instead ran for the European elections, managing to be elected.

She remained at the Strasbourg Parliament until 2017 (from 2010 to 2015 she also returned to being the regional councilor of Nord-Pas-de-Calais). Her challenge is to renew the Front National. After taking the leadership in 2011, in place of her father, she uses all her strength to change the image of the party, which has always been considered unpresentable.

In Le Pen’s vision, the Front must be a party of people who want to regain possession of their country. So do new executives from a more institutional right, like Florian Philippot. In 2018 Le Pen changes the name of the party, which becomes the Rassemblement National.

One thought on “Marine Le Pen: “I will no longer run for the presidential elections””