The challenge of the South and the M5s-Pd tensions 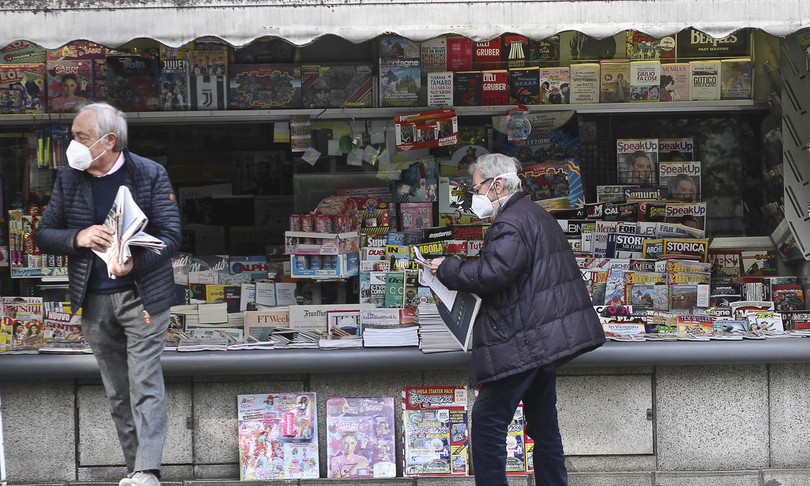 The challenge of the PNRR to restart the South and the debate in the majority on the sending of other weapons to Ukraine. These are the issues in the foreground on the political pages of the newspapers on newsstands today.

Conte insists, no to other weapons. Letta warns: we weigh the words. The M5s leader: I don’t want to create problems for the executive.

In the Movement there are those who hypothesize the vote in the autumn. Interview with the secretary of the League, Salvini: “I element of stability, Rome will work for peace with Paris and Berlin”.

Dragons: stop lazy prejudices, South Central in the gas strategy. The premier and Mattarella at the Sorrento forum. Carfagna: another South is being born.

The Draghi plan for the South, “It will be the energy hub”. The premier relaunches the central role of the Mezzogiorno, node of gas infrastructures. And the railways will invest, thanks to the PNRR, to connect the ports to the railway network. “Stop to arms”, the motion of the M5s. The government: this is the crisis. The third decree on the shipment of heavier war material to Ukraine is in the Official Gazette.

5S Turco Vice President: “Let’s evaluate the vote in Parliament”. The Lega convention: Salvini and the challenge against Meloni in twenty stages. The case of the failure to invite Fedriga. Interview with the vice president of the Senate, Calderoli: “Time expired for the proportional law. On the questions lousy silence”.

Conte, “no to arms and the crisis”. But the government risks on the aid. CSM, no confidence in the Senate: maybe I vote after the referendums.

Draghi: the South will be the new hub for gas and renewables. The premier: “The South becomes central to diversifying the EU’s energy sources”.

South in search of revenge, “Enough of lazy prejudices, he must be the protagonist”. The premier at the meeting in Sorrento relaunches the agenda for the South. “Proceed quickly with the reforms so as not to lose EU funding”. From Conte a new notice to the Democratic Party: “Ready to follow our path”. Interview with Francesco Boccia (Pd): “Only in coalition with the grillini can we beat the right”.

The gas route passes through Italy. Russia blocks supplies to the Old Continent. The country remains the only passage. Methane from Africa and the USA. Taps and pipes on the ribs. Thus we become a hub for the EU.

The government at the Sorrento forum confirms the strategy.

Case gowns. Innocent fountain, indecent pillory. The Lombard governor acquitted of the charges. Left and Grillini had muddied it during the pandemic.