On Afghanistan it is agreed between Draghi and Macron 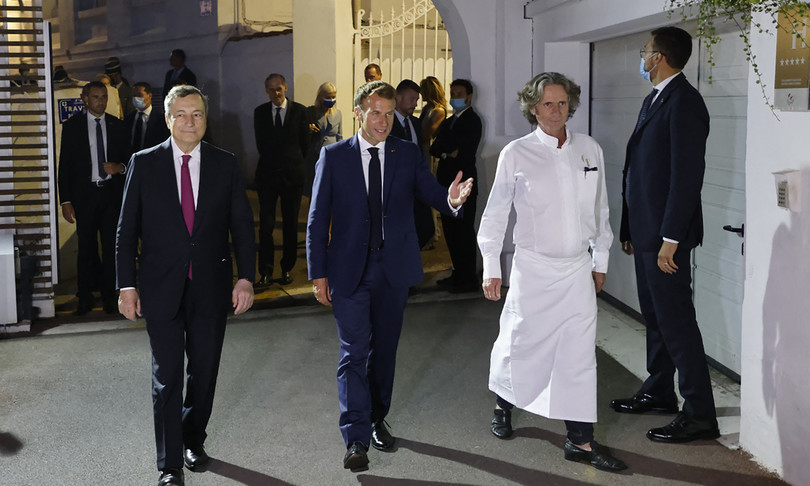 According to protocol, the dinner should have ended at around 10 pm, but Mario Draghi and Emmanuel Macron sat down at the table at 8.30 pm and got up after midnight, well after the scheduled time. One face to face, no one else was present during a “full circle” conversation, as the Italian premier had anticipated. More than four hours on the terrace of the multi-starred restaurant “Le Petit Nice” in Marseille for discuss the EU, Libya and Afghanistan mainly. Especially the last point, with the aim of reviving the need for that the EU takes responsibility for the reception of refugees.

A sign of the privileged relationship between Macron and Draghi not only the duration of the meeting but also the smiles between the two, the walk before entering the restaurant, the affectionate greetings. The dinner actually ended around 11pm, after coffee and a cognac, then Macron and Draghi continued to argue, always alone. Confirming the axis between Rome and Paris on delicate dossiers, starting with that on Afghanistan with the French president who supports the Italian proposal for an ad hoc G20 to be held after the United Nations assembly.

Mario Draghi arrived in an armored Marseille for the presence of French President Emmanuel Macron during the election campaign (in France voting in 2022). To close an iron pact with the Elysée tenant who is equally sensitive to the need for the European Union not to turn its gaze elsewhere.

What happened in Kabul for the prime minister must be a warning. Because if on the humanitarian level the EU has done an appreciable job in evacuating those who wanted to escape from the Taliban regime on the subject of hospitality she once again proved fragile. It gave a real “demonstration of poverty with regard to migration management”. In the opinion of the head of government “this is now a global problem and the European Union, united by many principles and ideals, is unable to address it. This is truly a thorn in the very existence of the EU“, the alarm of the Prime Minister who yesterday in Rome, during the press conference at the end of the CDM, curried those who immediately marched away.” We have had cases of countries that from the first day, I wonder how to say, with the attack, with the dead there, ‘we do not want Afghan refugees’: how is it done? This is not good “, the anger of the Prime Minister. For Draghi” undoubtedly the EU was quite absent “and” clearly it will have to organize itself “because” it is unthinkable that it will remain so “.

In short, the meeting between Draghi and Macron serves to agree a common line on many open dossiers but above all to forge an axis on the management of the Afghan humanitarian crisis. And also to relaunch the importance of holding an ad hoc G20 – Paris supports the Italian proposal – with the participation of all the most important actors, even if not before but after the UN national assembly.

The meeting between the Italian premier and the French president takes place in a moment characterized by one renewed bilateral agreement between the two countries and the desire to maintain a close link on the main European and international dossiers, as evidenced by the acceleration of the work for a treaty of enhanced cooperation. The next Italian-French summit should take place by the end of 2021, before the French presidency of the EU Council, which will start on January 1, 2022.

The Libyan situation is also among the topics of the interview. Italy and France share the priority objectives for the stabilization of the country. The Libyan crisis had already highlighted the need for the EU to move towards a common European migration and asylum policy. Now this urgency, represented by the premier at the European Council in June, is even more evident in the Afghan crisis.