NATO membership has been a policy in the past: Greece hanged Macedonia for ten years, ignored the United States or the courts 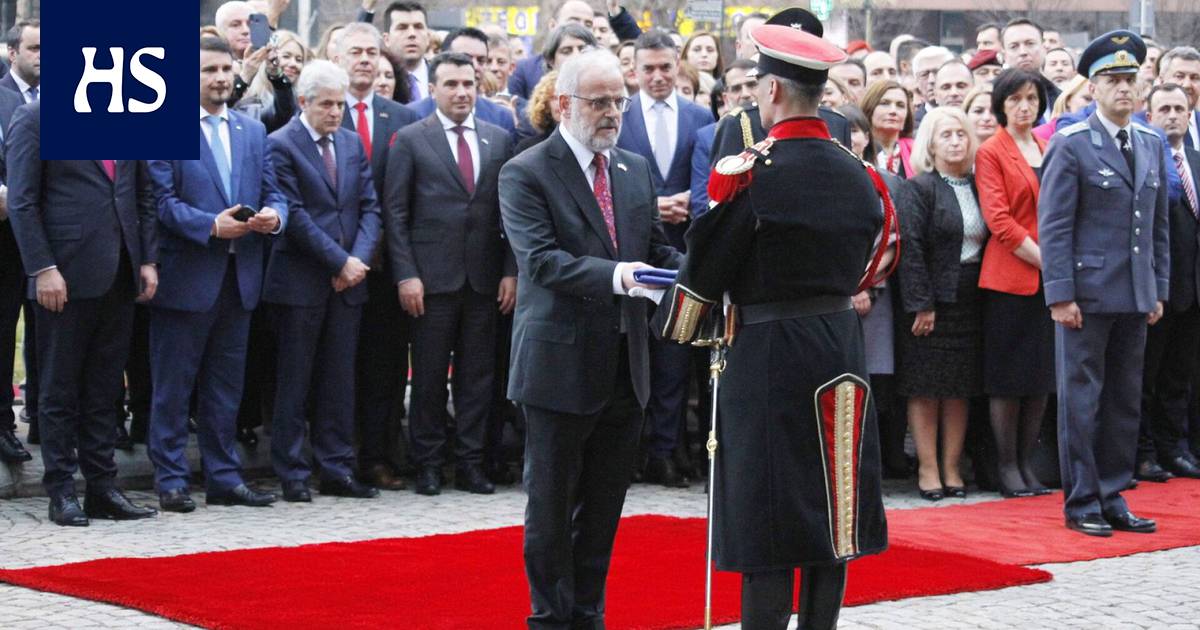 Macedonia began its efforts towards NATO in 2008, but membership did not progress until ten years later – only after it succumbed to NATO’s demands.

Turkey president Recep Tayyip Erdogan announced on Friday that he did not take a positive view of Finland’s and Sweden’s possible NATO membership.

In his statement, Erdoğan is estimated to be seeking reciprocity for accepting new members. The President accused the Nordic countries of protecting the Kurdistan Workers’ Party (PKK) and the far-left Revolutionary People’s Liberation Front (DHKP-C).

There are six members of parliament in the Swedish parliament with a Kurdish background, and there may be changes in Turkey’s Kurdish policy, for example.

This is not unique to NATO’s history. The demands were also made previous NATO countryNorthern Macedonia.

Nato-Greece stopped Macedonia’s accession talks and began tightening this to force the country to change its name to northern Macedonia. Behind the claim was a decades-long and multi-generational controversy. In short, it concerned Greece’s demand that the Slavic state that had seceded from Yugoslavia not call itself Macedonia but something else, as the historical Macedonians were Greeks and not Slavs, and Greece already had a territory called Macedonia.

On these grounds, Greece prevented Macedonia from joining both NATO and the EU. Worryingly for Finland and Sweden, Greece managed to hang Macedonia outside NATO for a very long time, more than ten years. Macedonia began its efforts towards NATO in 2008, but membership did not progress until ten years later in 2018, and even then only after Macedonia succumbed to Greek demands.

Greece The NATO embargo was not even tarnished by US pressure or International Court of Justice rulings.

After being hungry at the NATO gate, Macedonia first sought to influence Greece through the UN International Court of Justice in 2011.

The arguments put forward by the Macedonian court were strong: they were Greece itself did so with Macedonia in 1995 agreement, in which it expressly undertook not to obstruct Macedonia ‘s membership of international organizations such as NATO. Macedonia fulfilled the only condition of the promise. The condition was that when applying for membership, Macedonia would use the name “Former Yugoslav Republic of Macedonia”, ie Former Yugoslav Republic of Macedonia, FYROM, which is familiar to many Finns from Eurovision. FYROM was still a name for the region defined and approved by the UN Security Councilthat is, it was thought to have the support of the world ‘s great powers.

It was therefore not surprising that the International Court of Justice condemned Greece for violating its agreement with Macedonia and ruled that preventing NATO membership was illegal.

As Russian expeditions have shown, countries do not always obey international law. Greece did not sway in its positions but continued to block Macedonia’s NATO membership.

Next NATO leaders, including the heaviest series, the then U.S. Secretary of State Hillary Clinton, mediated a solution and in their statements called for a member of Macedonia.

The then U.S. Secretary of State Hillary Clinton is discussing with NATO Deputy Secretary General Alexander Vershbow in Chicago in 2012. A meeting with representatives of Macedonia was about to begin. Picture: Jeff Haynes / Reuters

The issue was discussed from one NATO meeting to another. Clinton even said in 2012 that no new meetings should be held before Macedonia is admitted to the Defense League.

But Greece did not listen to even the most important and influential of NATO countries, but continued to blackmail its tiny neighbor.

Eventually the Macedonians settled the matter themselves and voted for a government in their country that was ready to change its name to Northern Macedonia. After coming to power, the new government prepared for a change of name and approved it in a referendum, in which the most nationalist Macedonians refused to take part.

Prime minister Zoran Zaev and considered the blessing of the people, and changed the name of the land; then pirated The Prime Minister of Greece Alexis Tsiprasille. Only then did the road of northern Macedonia to NATO open.

The Macedonians were able to complete that road in two years, when other NATO countries, with the blessing of Greece, were able to ratify its membership in 2020.

The decision of a long wait. The name dispute was settled in 2018 and the door to NATO was opened by the reconciliation architects, Macedonian Prime Minister Zoran Zaev (left) and Greek Prime Minister Alexis Tsipras, holding hands. Picture: Dimitris Tosidis / Xinhua

One thought on “NATO membership has been a policy in the past: Greece hanged Macedonia for ten years, ignored the United States or the courts”