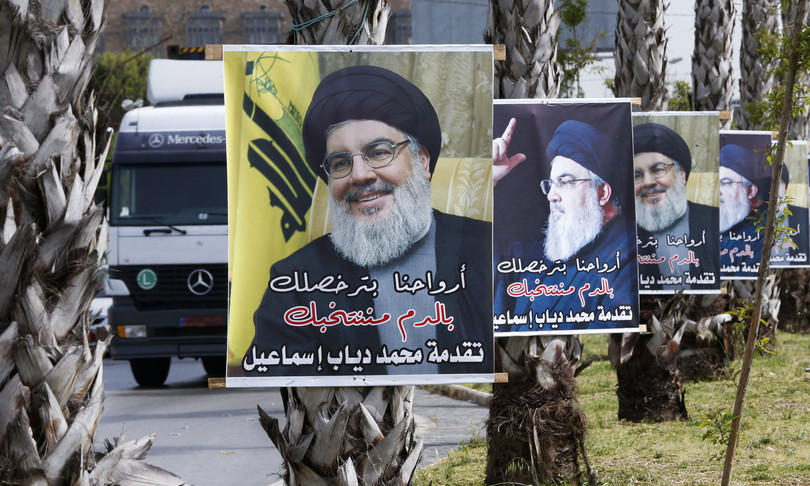 On Sunday just over four million Lebanese will be called to the polls to elect the new Parliament: 128 seats are at stake, strictly divided by confessions. The country of the Cedars that presents itself to this electoral test has come out of devastating years: a financial default that has literally taken the light out of the country, annihilated the Lebanese pound and reduced millions of people to the streets; a pandemic, with its economic and social repercussions; a political paralysis of over a year and the largest explosion in the history of the country that in August 2020 gutted part of the port and the neighboring neighborhoods in the capital.

The hopes for change are low, and everyone is quite aware of it: from citizens, enraged with a system of privileges and corruption enjoyed by the ‘caste’ in power for decades, to international ‘sponsor’ states, up to the International Monetary Fund ( IMF), called to provide yet another loan to save a ‘failed state’, however conditioned to profound reforms that will hardly see the light and will be implemented.

Initially called for March, the elections have been moved to May 15 by President Michel Aoun, whose term ends in October. Parliament must elect him or a successor to him: finding an agreement is never easy and the longer it takes, the longer the current head of state will remain in power. There are 718 candidates in the running, of which 284 are members of the opposition or independent candidates. The Lebanese diaspora already voted last Sunday: the turnout was close to 60%, as in 2018, with the difference, however, that this time 225,000 were registered against 90,000 four years ago.

In accordance with the Taif accords which in 1989 put an end to the civil war, the division of the highest offices of the state as well as of the parliamentary representation is rigidly divided on a confessional scheme: the president is a Maronite Christian, the prime minister a Sunni and the the Shiites hold the presidency of Parliament, while the Druze indicate the chief of staff of the army.

As for the Parliament, Muslims and Christians have 64 seats for each: within the two groups there is a further confessional division that sees 27 seats for Sunnis and 27 for Shiites, eight for Druze and two for Alawites. Within the Christian group, 34 go to the Maronites and the rest to Greek Orthodox (14), Greek Melkites (8), Armenian Apostolics (5), one seat for each to Armenian Catholics and Evangelical Protestants and another to further Christian minorities.

The current parliamentary majority is in the hands of Hezbollah and its allies and analysts are not expecting big changes in the numbers. However, in an almost immobile scenario for some time, there are two open questions that could have consequences on the future power structure: the decision of the Sunni leader Sa’ad Hariri not to participate in the elections, with his call to boycott the vote, and the decline in popularity of President Aoun’s Free Patriotic Movement (Fpm) among the Christian electorate.

The step backwards of Hariri – son of former Prime Minister Rafiq killed in an attack, accused of men from the pro-Iranian Party of God, in Beirut on February 14, 2005 – it weakens the Sunni position at a time when there is no designated heir (both the current Prime Minister Najib Mikati and the former Prime Minister Fouad Siniora have called themselves out of the elections).

The fragmentation of the Sunni representation is a strong concern for Saudi Arabia, the ‘protector’ of the community in a country that has always been a battleground in the rivalry between the two great regional champions, Riyadh and Tehran. The Wahhabi Kingdom has long been intolerant of Hariri’s leadership and more generally of the Sunni leadership’s inability to contain the power of Hezbollah, with which Hariri had recently found a modus operandi to unblock the impasses, however irritating Riyadh.

In a recent editorial in the Al-Hayat newspaper, the Sunni leader was portrayed as a traitor who “threw himself into Iran’s open arms”. Despite Siniora’s appeals to go and vote, polls indicate that only 30% of the Sunni electorate intends to. The fear is that in the next Parliament, Sunni deputies, yes, but willing to support Hezbollah and its allies, will find more space.

As for the Christian electorate, the Aoun Free Patriotic Movement has been strongly affected by the latest crises, in particular after the strong street protests in 2019 to which it has not been able to respond effectively. Among the main rivals, there are the Lebanese Forces and the Falangi (Kataeb), on whose – successful or unsuccessful – electoral test the internal balance and the subsequent scheme for the presidential elections may depend.