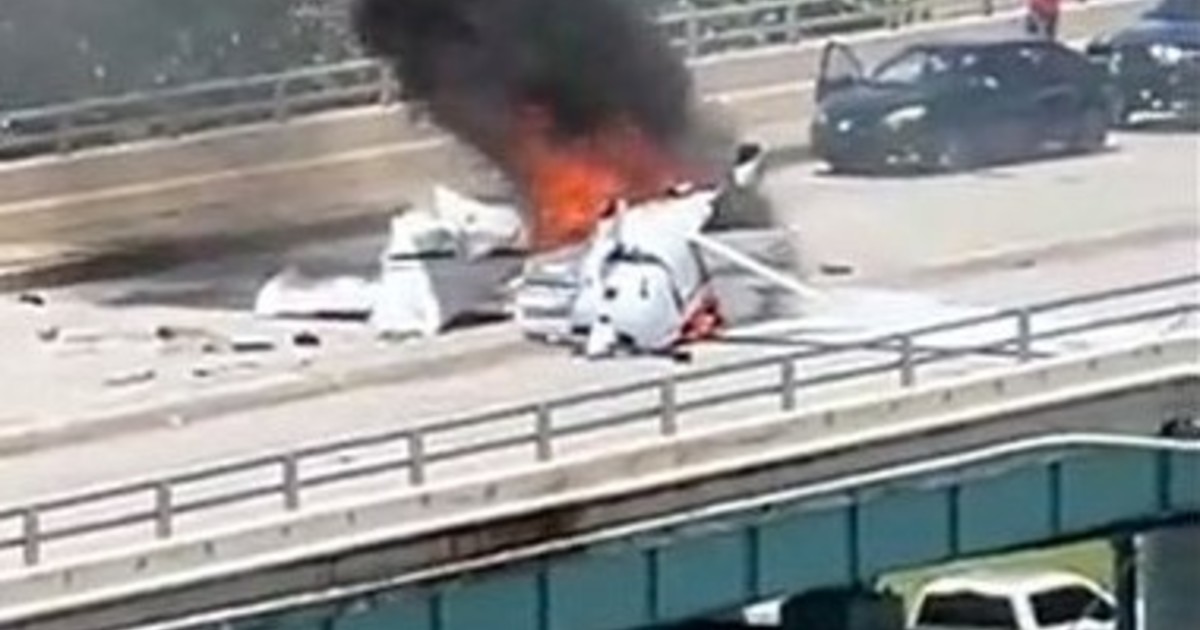 A plane that had to make an emergency landing crashed this Saturday on one of the access bridges to Miami-Beach, in Florida, United States, hitting a truck that was circulating in the area. As a result of the accident, one man died and five others had to be hospitalized one of them in serious condition.

According to what was reported by different local media, the single-engine device had to do an emergency landing and when descending on the bridge, it hit a truck in which they were traveling a woman and her two children.

Due to the crash, the plane overturned and caught fire leaving a dense column of black smoke. The Miami-Dade Fire Department initially reported that a total of six people were transferred to different medical centers with injuries of varying degrees.

Two of them, with serious injuries, were referred to the Ryder Trauma Center, at Miami’s Jackson Memorial Hospital, while the others were taken to local hospitals with non-life-threatening injuries.

According to firefighters, the fire was quickly put out and the remains of the plane were collected from the bridge that had to be closed due to the tragedy.

Tragedy in Miami when a small plane crashed over a bridge. Photo: Twitter

In the images transmitted on the portal of the local television NBC6, apparently taken from a mobile phone, they showed the apparatus engulfed in flames while a dozen drivers passing through the area got out of their cars visibly scared.

According to the Federal Aviation Administration (FAA), the plane was a single-engine Cessna 172 that lost power before crashing on the bridge, about 5 miles east of Opa-Locka airport.

Three people were traveling in the plane, one of whom died minutes after the accident. The victim was identified as Narciso Torres, an airport traffic controller.

The National Association of Air Traffic Controllers said Torres, 36, was aboard the single-engine Cessna 172 when it crashed on the bridge. The union did not know if he was the pilot or a passenger, the Miami Herald reported on its website.