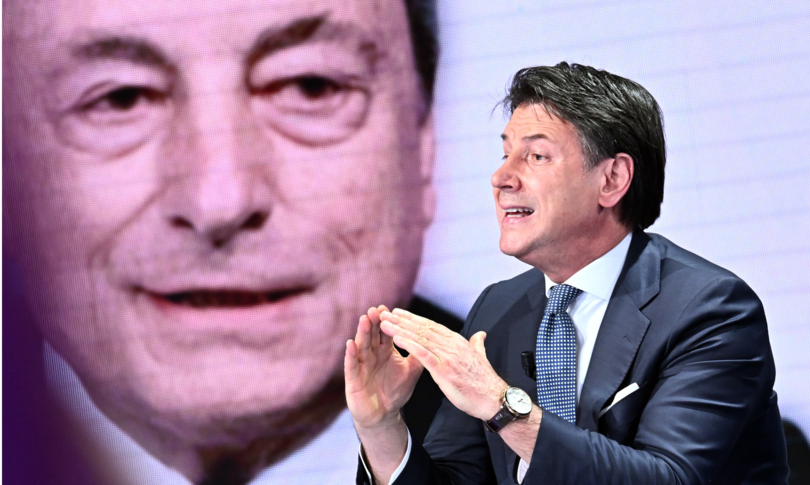 The shadow of a government crisis hovers more and more gloomy over Mario Draghi and his ministers thanks to the long series of tears and distinctions of the 5 Star Movement on the issue of weapons to be sent to Ukraine, and beyond.

But if Giuseppe Conte and his followers continue to ask for a vote and a discussion in Parliament, on Thursday the Prime Minister will present himself in Parliament to report on the state of the art of the Ukraine crisis, also in light of the intense dialogue between the premier and international partners.

It will do so with the disclosure formula that does not provide for voting or discussion between parliamentary groups. If the M5s wants to put the government’s line to the vote, therefore, it will be necessary to present a motion, discuss it in the conference of the group leaders, schedule it. Long times. Which, on the one hand, could be an advantage for the government, which can take time hoping that the diplomatic path to the solution of the crisis will end up being the one taken by the contenders on the field.

On the other hand, however, could lengthen the wake of internal conflicts and controversies within the majority, wearing down the government in the last months of the legislaturethe most delicate ones for a series of dossiers, starting with the NRP and the reforms.

For this reason the secretary dem tries to cool the spirits. “For what I believe in, for the way my party is, the last thing I fear is going to Parliament. We will be there next Thursday, we will listen to Draghi, we will intervene. Will there be steps that require votes?

Arriving in Sorrento to participate in the Forum organized by Mara Carfagna, Enrico Letta appears confident about the executive estate. “I have no doubt that this government will come to the natural end of the legislature and that it is the last government of the same“, Letta says with a reassurance that also sounds like a warning. As if to say: no one thinks of taking advantage of it to snatch a reshuffle and please those who, within the parties, claim leading roles. In short, if Draghi falls, he goes to the vote, with all that follows for those who aspire to be re-nominated in a parliament with reduced ranks for the cut of parliamentarians.

“If there were a crisis, now we would go to the polls”, Letta underlines: “But we will reach the end because the country needs the reforms requested for the PNRR, we have promised them”. A line that contrasts with the constant distinctions of Conte and his gods. Even today, the president of the M5s did not fail to send a signal to the government: “There is a measure very dear to me for the South, to be made structural, which is expiring instead: the tax reduction for the South. know what the government thinks “.

Words that seem to emphasize a distance between M5s and executive. On the part of the Pd secretary, the ‘tears’ of Conte and the M5s are deferred to “natural discussions in a phase of strong debate. I am not in the least bothered by this”, adds Letta.

Despite this, however, the Nazarene reports that “relations with the M5 remain tense, even after the hard confrontation” between Letta and Conte a few days ago. In any case, Letta is firmly intent on keeping the point. And that is: “Support to the Ukrainian people” by the government, as has been done up to now. From the Democratic Party, in fact, they explain that “if we talk about negotiations today it is because the Ukrainian people resisted even when the Russian tanks were thirty kilometers from the Ukrainian capital”.

There remains the belief, in Letta, that eventually “unity of purpose” will be found within the majority: “I think it is a moment in which any government and majority would experience tensions, with the ongoing conflict after a pandemic, with dramatic effects on the economy. It is up to each of us to do our part to overcome them. Italy has a strong unity, I feel like making an appeal for this strong unity of political forces to continue, with Italy as the protagonist in the search for peace “.