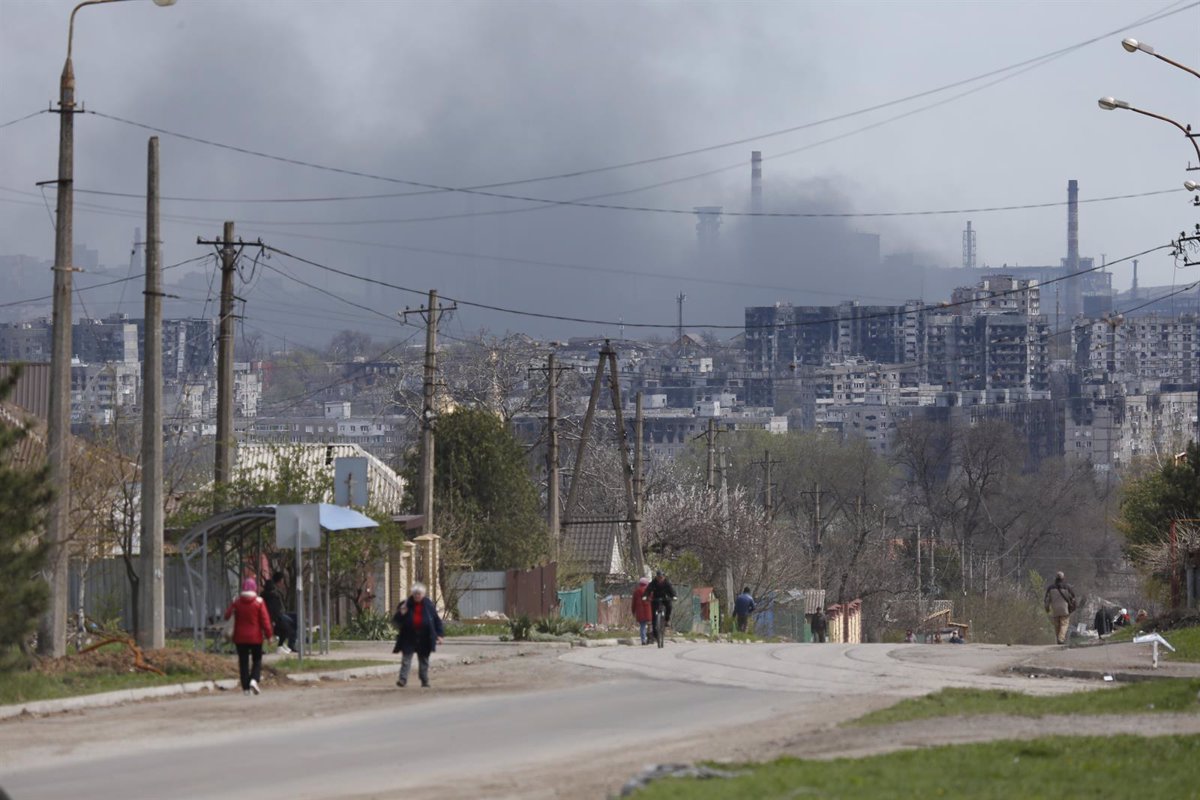 Petro Andriushchenko, the mayor’s assistant in the besieged Ukrainian city of Mariupol, has accused Russia of launching white phosphorus bombs against the Azovstal steel factory, one of the city’s last defensive bastions, just after the country’s Eurovision victory.

“Hell has arrived on Earth. Greetings, Azovstal “Andriushchenko made the announcement in a Telegram message that included a video of artillery fire.

“They employed 9M22S thermite-coated incendiary bullets. The temperature of combustion is between 2,000 and 2,500 degrees Celsius. It’s nearly impossible to put out the fire “He condemned.

“It’s amazing how resilient our defenders are. We are all indebted to them forever “In a message obtained by the Ukrainian news portal Focus, he added.

White phosphorous bombs are incendiary projectiles that ignite when they come into contact with air. International law forbids its use in inhabited areas due to its indiscriminate range and devastating impact.

The adviser has released photographs of projectiles with inscriptions referring to the Kalush Orchestra, the winner of the song competition held in Italy on Saturday night.

“This is how Russia reacts to our win,” the adviser wrote, beside an image of a Russian bomb with the legend “Kalush, as you ordered,” as well as the concert’s conclusion date, this Saturday, May 14, according to a translation. The photographs could not be verified independently.

Approximately 1,000 people are currently taking refuge at the besieged Azovstal factory. Attempts to rescue them are proving difficult, and they have refused to surrender despite Russian demands.