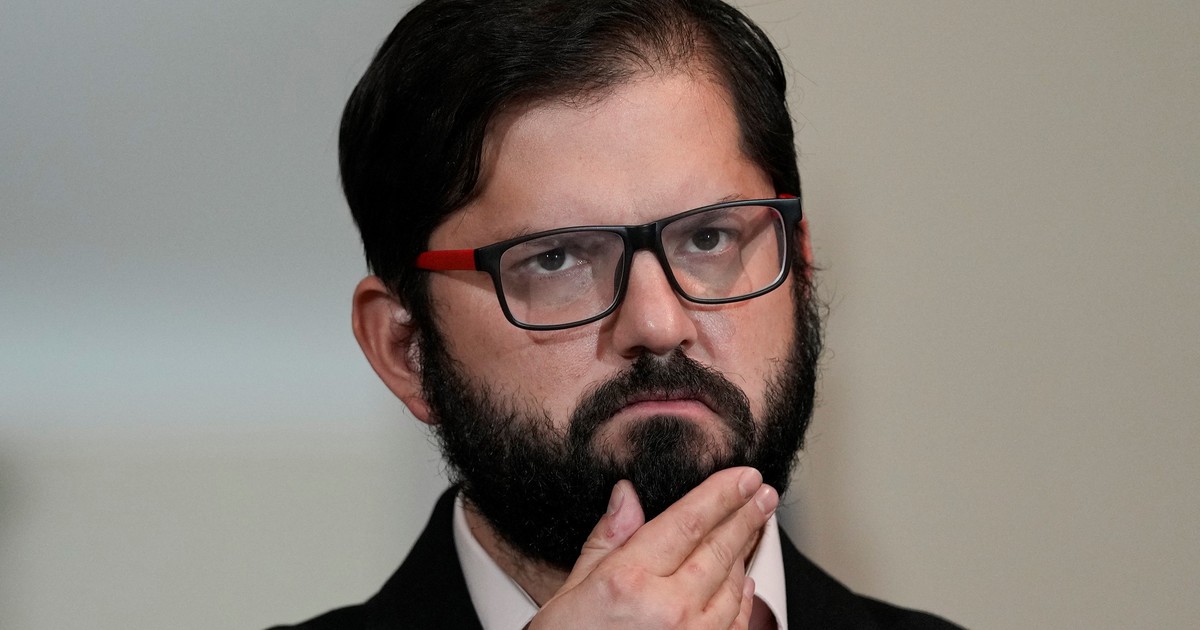 The Chilean government led by Gabriel Boric decreed this Monday, through its Ministry of the Interior, the “state of exception” in two regions in the south of the trans-Andean country. This is a measure that the young president fiercely criticized for months and that allows the deployment of the Armed Forces to try to appease the growing violence in the area of ​​the so-called “Mapuche conflict”.

“We have decided to make use of all the tools to guarantee the safety of our citizens by decreeing a state of emergency (a type of state of exception),” announced Izkia Siches, head of that portfolio, in a meeting with the press from the headquarters of government.

The measure means a military deployment throughout the Araucanía region and in two provinces of the Biobío region, at South of that country. The objective is to “protect the routes, allow the free movement of people and supply,” said the official, after acknowledging an increase in violence in recent months.

“We decided to use all the tools to guarantee security,” explained Interior Minister Izkia Siches. Photo Pablo Vera/AFP

The military forces had been displaced on October 12, 2021 in the region of La Araucanía and towns in the neighboring region of Biobío by order of the government of the conservative Sebastián Piñera.

Meanwhile, on March 27, the leftist Boric fulfilled one of his campaign promises and withdrew the military from the area.

As the panorama began to get complicated, the Chilean president acknowledged on May 3 that he was analyzing creating an “intermediate state” of exception to use the armed forces to protect routes in both regions, an occasion on which he reiterated his refusal to dictate a state of emergency as demanded by groups of truck drivers who obstructed the main Chilean highway.

But his initiative was only supported by the center-left and the right-wing opposition, and did not get the support or the votes of the official coalition, the Communist Party, nor of the leftist Broad Front.

Given this scenario, after unsuccessfully trying to approve in Congress the “intermediate” deployment of the military, with a presence limited to only a few places, and in the face of a notorious increase in arson attacks, his government had to back down and resort to this emergency measure again for the protection of the place.

In these and other areas of southern Chile there has been for decades a territorial dispute between the State, some Mapuche communities and forestry companies that exploit lands considered ancestral by the indigenous people. The scenario creates favorable conditions for frequent arson attacks on machinery and property, shootouts with fatalities, and hunger strikes by indigenous prisoners.

Minister Siches explained that together with the new “State of Emergency” decree, which allows the movement of military forces, will continue with their policy of dialogue with the Mapuche communities and a broader policy in the purchase of land.

In addition to the military deployment, Siches detailed other measures, such as the request for a preferential prosecutor for crimes related to drug trafficking and wood theft, the promotion of the creation of a Ministry of Indigenous Peoples and the investment of 400,000 million pesos (460 million dollars) to improve infrastructure and services in the area.

a change of address

Boric, until now, had shown reluctant to militarize, noting that it only put more stress on the conflict. He had also fiercely criticized his predecessor, the conservative Piñera, for promoting the arrival of uniformed men.

After assuming the presidency last March, the progressive president decided to end this measure and pointed to a “dialogue” strategy, through the territorial deployment of different authorities. However, this was not well received by some radical groups, who continued to carry out attacks and sabotaged several visits by the Executive.

In parallel, from the right and center, pressured for further action and accused the president of “inaction” and being “accomplice in violence”.

Fire in the Bío Bío region, Chile, the focus of the Mapuche conflict. Photo Europe Press

The declared state of emergency was received with praise from the ruling party and the opposition, although it received criticism from representatives of the Mapuche communities -the majority ethnic group in the country- and some sectors of the left, who denounce a drastic change in the president’s policy.

Security in the south and in the Chilean capital, together with an inflationary wave that the country is experiencing (10.5% in twelve months), are the main problems that Boric is currently facing.

The Mapuche rebel group Coordinadora Arauco-Malleco (CAM) announced this Monday that it will participate in a mass rally called with other movements in “support for political prisoners”and which will take place on Wednesday in front of the jail in the city of Temuco, where many activists of this ethnic group are sentenced.

The armed organization, which has claimed responsibility for numerous and diverse violent actions, urged all the communities in the southern regions of Araucanía and Bío Bío, and the Mapuche people in general, “to support the political prisoners.”