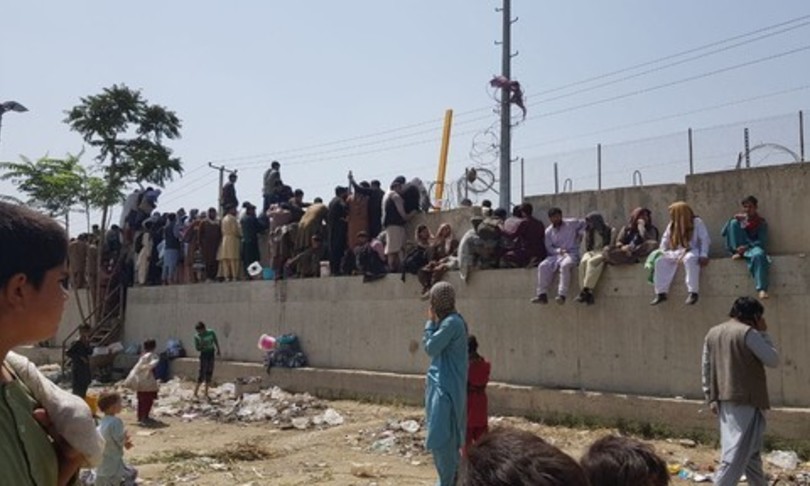 AGI – The announcement on the formation of the Taliban government slips again, while the Kabul airport reopens and Panshir, the only Afghan province not yet in the hands of the Islamist movement, tries to resist and continues to fight.

In the meantime, Italy is thinking about the relocation of its embassy, ​​given that at the moment there are security conditions for a reopening of the diplomatic representation in Kabul, explained the foreign minister. Luigi Di Maio, during his visit to the neighboring countries of Afghanistan, started by theUzbekistan.

Embassy to be relocated

“The idea of ​​relocating embassies, on a temporary basis, to Doha is becoming more and more consistent”, explained Di Maio, who will discuss it tomorrow with the Qatari authorities during his visit to Doha“The decision will however be taken in agreement with the European partners.

The Kabul International Airport is back to being operational for humanitarian flights and soon it will also be operational for airliners, said the Qatari ambassador, quoted by Al Jazeera, specifying that the airport runway has been repaired and two planes have already departed in the direction of Mazar-i-Sharif and of Kandahar. The Taliban Information Committee specified that the airport is not yet fully operational: “It was destroyed by the Americans, we need time to repair it. But we expect international flights to resume within a few days,” he said. a member of the Committee.

It is fought in the Panshir

Fighting continues in the Panshir valley, the last pocket of resistance of the anti-Taliban front and the time factor now appears crucial. If for the Taliban the conquest of the valley appears imminent, to the point of waiting for it to announce the new government, the militiamen seem to aim to resist until the bad season arrives.

One of the leaders of the resistance, Amrullah Saleh, denied the Taliban who had claimed the conquest of the valley, while admitting that conditions are difficult. Islamic extremists have in fact blacked out the internet and blocked telephone and electricity lines.

The only certain news was provided Emergency: in their advance the Taliban reached the village of Anabah where the Italian NGO manages a surgical and pediatric center and a maternity center. The Panshir Valley is located north of the capital Kabul and is one of the smallest provinces in the country, hidden and overlooked by mountains. It is a traditional anti-Taliban stronghold and about 200,000 inhabitants live there, many of them already on the run.

The resistance, which includes former members of the Afghan security forces and local militias, is led by Ahmad Massoud, the son of the “Lion of Panshir” killed in 2001. If it holds out until the end of October, the harsh winter months are likely to prevent further large-scale offensives by giving Massoud militia a breather.

“We will never give up fighting for God, freedom and justice”, Massoud wrote on his Facebook profile. On Friday numerous shots were heard in Kabul celebrating the alleged conquest of the province, during which, according to local agencies, 17 people were reported to have died.

In the capital, the Taliban stopped the second protest by women in two days and there are several testimonies of scenes of violence and use of tear gas to disperse the crowd headed for the presidential palace. Other protests were held in recent days in Herat.

In Kabul they are also slow the murals painted by Afghan artists disappear from the streets in the last twenty years and depicting the libertarian conquests achieved; in their place are appearing propaganda phrases of the new regime and slogans praising the Taliban fighters for the Doha agreement and the withdrawal of US troops from the country.