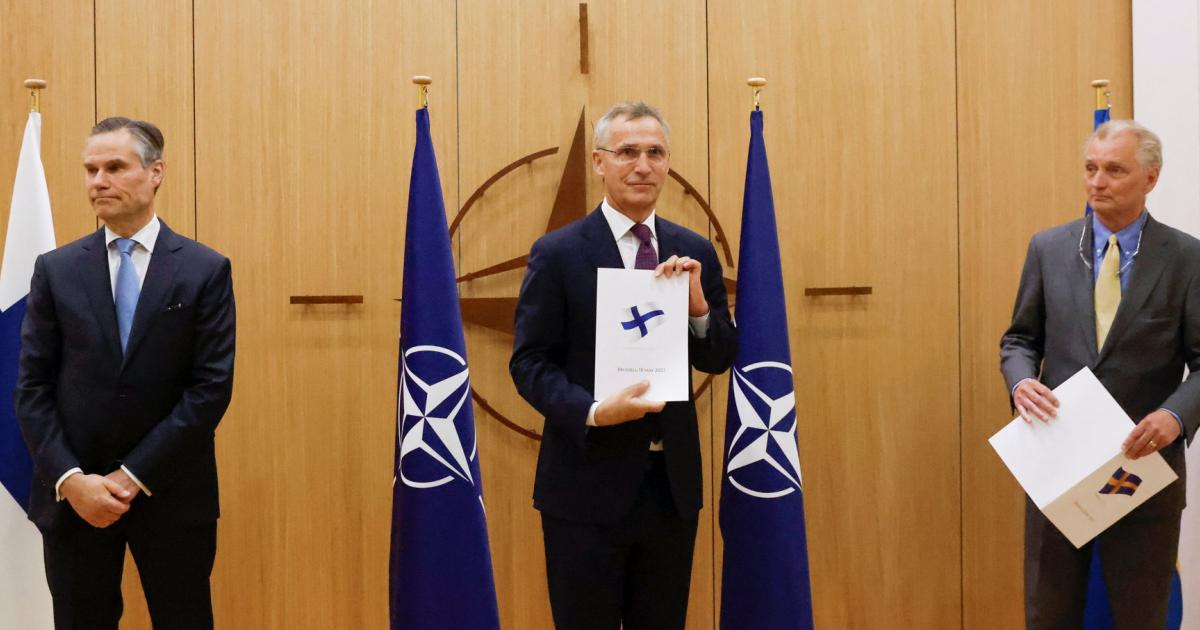 Sweden and Finland have officially applied for NATO membership. Ambassadors from the two countries handed over the relevant documents to Secretary General Jens Stoltenberg on Wednesday morning at the Alliance headquarters in Brussels. The Nordic countries want to join the military alliance out of concerns for their security after the Russian invasion of Ukraine. Both countries are thus giving up their long tradition of military non-alignment.

On Tuesday, the foreign ministers of both countries signed the applications to join NATO. Previously, there had been broad majorities in the respective parliaments for the step. Now all 30 alliance states have to agree to the northern enlargement.

The historical developments are overshadowed by the veto threats from NATO member Turkey. The leadership in Ankara recently made it clear several times that they only want to agree to the accession of Finland and Sweden in exchange for concessions.

President Recep Tayyip Erdogan explains his stance with the two countries’ alleged support for the banned Kurdish Workers’ Party PKK and the Kurdish militia YPG in Syria. At the same time, criticism has been leveled at the fact that NATO countries have restricted the delivery of armaments because of Turkey’s actions against these groups.

Until recently, it was unclear how Turkey could be prevented from vetoing Sweden and Finland’s NATO membership. According to diplomats, in addition to statements by the two northerners on the fight against terrorism, arms deals could also play a role. The government in Ankara wants to buy F-16 fighter jets in the USA – but a possible deal was politically controversial in Washington recently.

There is now hope that talks by Turkish Foreign Minister Mevlut Cavusoglu in New York this Wednesday could bring movement to the dispute. Cavusoglu wants to meet his US colleague Antony Blinken there, among others.