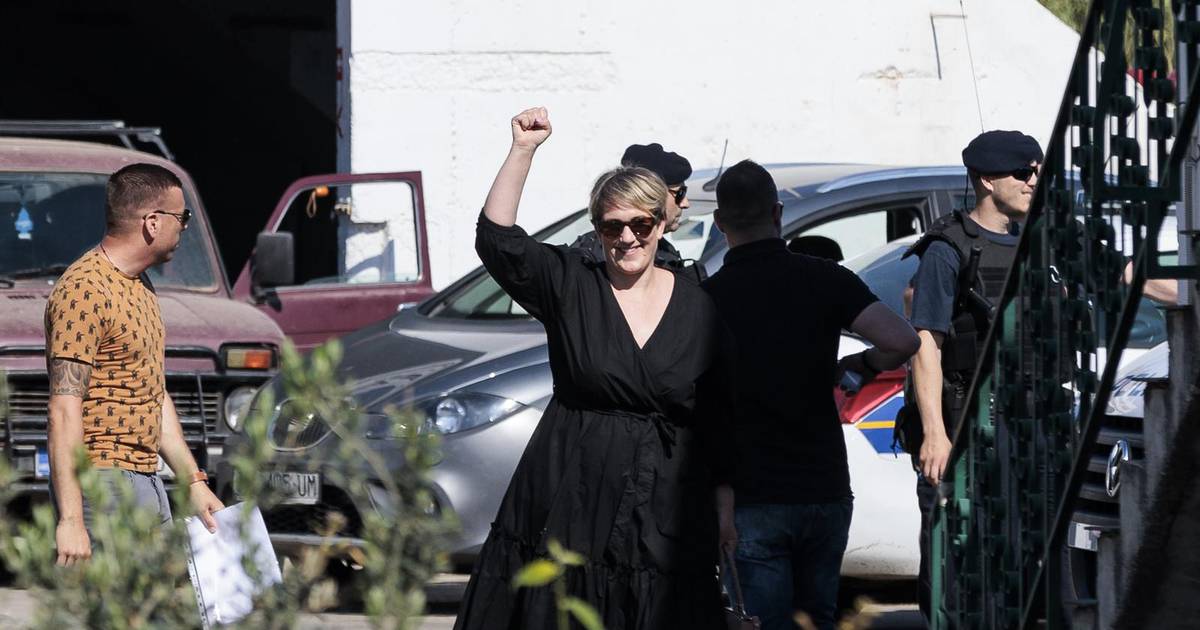 The first calls the action of changing the lock a burglary, the second entering its possession. The first say that it is about restoring the space to its original state, and the other side calls it demolition. Excavators are burning and the wall at the entrance to the promenade is being torn down because the former say that it is public, while the latter claim that the wall has always been there and that it has never bothered anyone. The first are the City of Supetar and (partly) firefighters, and the latter are the owners of Svpetrvs Hotel. Police officers are coming to the field, security guards are on duty, petitions are being signed, charges are being dropped.

The setting of this story is Supetar on Brač, and the micro-location of the plots of land where until recently the DVD Supetar was located, and where the NK Jadran bowling alley and football field is still. On Monday, May 16, Svpetrvs hotels were supposed to officially enter the premises of the former DVD and bowling alley, but the execution was postponed. Mayor Markovic considers it a kind of victory, although the battle is not over. A new execution is scheduled for May 25, when a surveyor and a construction expert will appear on the field in addition to a court expert.

The mayor, on the other hand, is supported in everything by the citizens, who are dissatisfied with the fact that the hotel house is ‘their own’ disputed part of the country. They believe that it belongs to the City of Supetar, and not to Svpetv’s hotels. Unraveling the Gordian knot takes years. It all started with the privatization of a tourist complex bought by American entrepreneur of Croatian descent Marion Duzich. And everyone in this story is waving their paper that they consider indisputable. The city of Supetar, ie the mayor Ivana Markovic, also announced a lawsuit for the inadmissibility of enforcement. He states that Svpetrvs hotels do not own the disputed real estate.

– This follows from the 2010 ruling of the Administrative Court annulling the privatization and “the disputed plots were illegally entered into the company’s capital because they never belonged to that hotel company” and based on the Supreme Court ruling, which clearly ruled that the hotels did not prove ownership. , as well as final judgments against NK Jadran, according to which it is clear that NK Jadran has the right to be on all disputed plots – said Markovic.

Svpetvs hoteli, on the other hand, from 2020 have a final judgment of the County Court in Split that they are the owners of these plots and that as such they can be entered in the land register. There has been a foreclosure order on DVD and bowlers for two years, but the hotel owner did not want to evict them until a new building for firefighters was built. When it was ceremoniously opened, they decided to take possession of it, and the long-running conflict, which has been going on in courtrooms so far, has moved to the streets.

In the now former premises of the DVD Supetar, firefighters took away their belongings last week. They spoke in a conciliatory tone. They think that everything has gone too far. Conflict takes two, but dialogue takes two, they say. They were hurt when they were called out from the Spervs Hotel to demolish like a savage the building they were supposed to take over on Monday. Their image is different, softer colors.

– We received only this concrete garage for use, in 1996. There was no electricity inside. One light bulb, that’s all. We went to the toilet to the house across the street, to the bowlers. In order to be able to function normally and be on duty in human conditions, we dug a septic tank ourselves, upgraded the space, made a toilet and a small kitchen, canopy, bedroom, storage, living room, alarm center and archive room. All alone, volunteer. We carried material from our own construction sites, from our houses, our tiles, our cement and bricks, and some of the things are from donations – explained the firefighters, many of whom left half of their lives in the area. Although pictures of security guards not allowing firefighters to take their belongings have toured Croatia, the reality has become somewhat different after the first tension.

– Guys do their job, we do ours, there are no conflicts. We never ran away from a court order for firefighters to leave these premises two years ago. Still, breaking locks is not the way to go. It is true that a new fire station was inaugurated at that time, but we had not officially moved yet. We have always been on good terms with the hotel and whatever they needed we did for them, we never issued them a single invoice. In this case, the state failed during the privatization, and then when they did what they did, they said: ‘Here you are, so you agree.’ And who can agree more. It will certainly not be possible to break over the knee – our interlocutors say.

We asked the commander of the Supetar firefighters, Nikola Martinić Dragan, for an official comment on what this refers to from the area and where he states that they are demolishing it.

– We removed the canopy because we need iron for new shelves, air conditioners, we took the TV and the door because we will donate them to those in need. Everything we have brought we will take away and clean up after ourselves. In 26 years, we have enriched and upgraded this space to make it more comfortable. We are returning the building as we found it, and we are leaving what we have upgraded. We have a fair relationship with the security guards, and what was extremely important to us at the time of changing the locks, apart from the equipment, was the archive that remained inside. This is an archive from 1951 to 2022, there are confidential invoices and data … – said Dragan Martinić.

Supetars are divided around the whole situation. Some describe the hotelier as a predator, some say he just took advantage of the opportunity and possible loopholes in the laws, some disapprove of him just because he is furious and has money so he thinks he can do whatever he wants. On the other hand, the mayor enjoys great support from the citizens. They are in favor of her because, they tell us, she took on Sisyphus’ job of proving that the disputed particles were not allowed to enter the bankruptcy estate, and that seed of trouble was thrown by the state apparatus.

There was a special enthusiasm when, after the locks on the DVD rooms were applied from the Svpetrvs hotel, the excavator of the city communal service knocked down the wall and the door on the Miljenko Smoje promenade at dawn. It is an unclassified road that passes through the tourist complex and is owned by the City of Supetar. The hotelier says everyone could always pass by. After the wall and the door were removed, the hotelier installed a new door, which, lawyer Hrvoje Alajbeg tells us, has disappeared.

– The door was taken down and taken away in an unknown direction. They were not returned to the owner, so they were stolen, and we will report it to the police and the State Attorney’s Office – says Alajbeg, adding that the DVD space should have been emptied of people and things, which does not mean destroying the building.

– They used the space for years without any additional fees, they even paid for the electricity of Svpetrvs hotels. By doing so, they are saying: “If it won’t be ours, it won’t be yours either.” It is not civilized to do what they have done, no matter how much they justify it that they take away their belongings, tearing down walls does not mean what is written in the court decision. If the police hadn’t stopped them, they would have destroyed it completely – says Alajbeg, whom we couldn’t help but comment on the fact that it all started after ‘people in black’, as Markovic called them, broke into the DVD room at night. .

– The city brought the famous conclusion in which the firefighters were ordered to hand over the premises to NK Jadran, thus suggesting that they bypass the final judgment on the possession of a third person. The city thus incited them to commit a crime. We didn’t break in, you can’t break into yours. A new fire station has been opened, which means that it has been abandoned by the owner – says Alajbeg.

He also referred to the early morning action of the excavator and the demolition of the wall.
– The construction inspection has the authority to determine the factual situation and whether something is legal, as well as to issue demolition orders. One cannot take the authority of another body and act as if one has the right to do so. I will not suggest to my clients that they behave in this way. I don’t know how we will proceed as far as the door is concerned, it does not prevent anyone from passing on that promenade, and it means a certain security for our guests – concludes Alajbeg. He says Markovic is deceiving the public when he says that the execution was canceled because there is no proper documentation.

– The execution was not canceled but postponed because the court expert could not identify on the spot which buildings are being executed. Therefore, next week, on May 25, a surveyor and a construction expert will be on the field in addition to him – says Alajbeg.