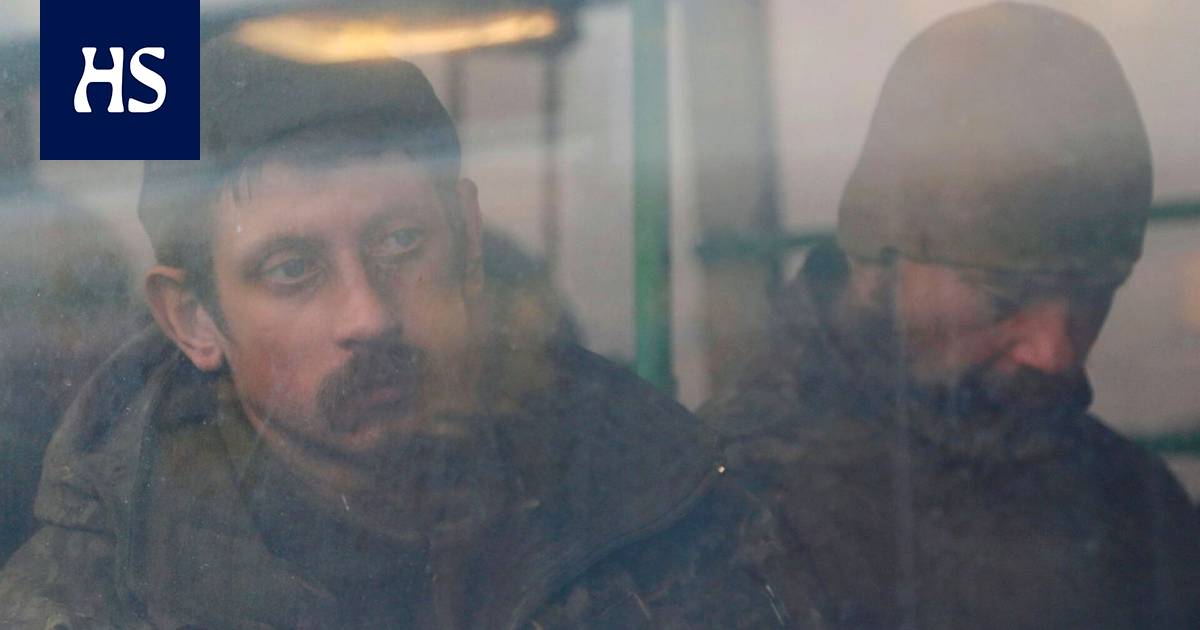 Putin is said to have promised that the soldiers would be treated in accordance with international agreements. According to Zelensky, “bringing boys home … requires sensitivity and time”.

In Ukraine and elsewhere there has been great concern about what will happen to the hundreds of Ukrainian soldiers who surrendered at the end of the fierce defensive battle of the city of Mariupol.

During the early part of the week, at least more than 260 soldiers surrendered in the Azovstal steel plant area, from where they were transported to Russian-held areas. Since the end of February, the Ukrainian soldiers who have defended the factory area have become great national heroes whose tenacity has been admired all over the world.

Read more: The events at the Azovstal steel plant are like the legendary defense of the Brest fortress in World War II, says expert Martti J. Kari

Read more: Soldiers began to be evacuated from the Azovstal steel plant, which could mean a significant loss to Ukraine

Russian authorities have reported that soldiers are being questioned on suspicion of “crimes by the Ukrainian regime against the civilian population in Donbass”. Russia has claimed, without evidence, that Ukrainian forces used civilian shields in Azovstal.

From Ukraine’s perspective, the soldiers have defended themselves and hundreds of civilians in a large factory area from the Russian armed forces, which have almost completely destroyed the big city of Mariupol in recent months. According to Ukraine, as many as 20,000 civilians have been killed in the occupation of Mariupol, Russia’s biggest single victory in a poor war.

Ukraine is seeking to replace Azovstal soldiers with Russian prisoners of war, but it is unclear whether Russia is prepared for it. On the Russian side, a member of parliament who took part in the so-called peace talks Leonid Slutski described Azovstal’s defenders as “animals in human form” on Tuesday and even demanded their execution, Reuters news agency reported.

Speaker of the lower house of the Russian parliament, the Duma Vyacheslav Volodin in turn, said “Nazi criminals should not be exchanged” for Russian prisoners of war.

According to Russian propaganda, Ukraine was attacked in February to cleanse the country of Nazi perpetrators of the genocide in Donbass, eastern Ukraine. There are many soldiers in the defenders of the steel plant who have belonged to the nationalist far right To the Battalion of Azov.

There have been neo-Nazi ideas about the battalion, at least in the past, but Ukraine says it has “reformed” the battalion and merged it into the National Guard.

British Broadcasting Corporation BBC:n the tree on Monday, a total of 264 Ukrainian fighters surrendered to Azovstal, many of them badly wounded. Seven buses left the area on Tuesday, apparently evacuating more people, according to Reuters news agency.

Ukrainian soldiers who defended the Azovstal steel plant area and surrendered earlier this week were transported by bus to the Russian-owned Olenivka in eastern Ukraine on Tuesday. Picture: ALEXANDER ERMOCHENKO

President of Ukraine Volodymyr Zelenskyi gave a videotaped speech on Wednesday night in which he said the “evacuation mission” of the Azovstal steel plant was continuing. Zelenskyi said Ukrainian military and intelligence units and “the most influential international negotiators” are monitoring the evacuation.

An excerpt from Zelensky’s video speech can be viewed in the video below.

Minister of Defense of Ukraine Hanna Maliarin According to Ukraine, at this stage can not tell how many soldiers are still left in the Azovstal region, the BBC said. There is a huge network of tunnels and shelters beneath the factory site, which has made it difficult for Russia to take over.

“I don’t yet remember finding confirmed information that combat-fighting soldiers have been evacuated,” said the military expert. Martti J. Kari To HS on Tuesday.

Kremlin is reported to have informed the Russian president, according to Reuters Vladimir Putin has personally guaranteed that Azovstal prisoners of war will be treated in accordance with international agreements.

Human rights organization Amnesty International expressed concern on Tuesday the fate of Ukrainian prisoners. The organization referred to previous investigations which have shown that Russian civilians have been “roughly executed” by Russian soldiers. Ukrainian authorities have reported suspected murders of hundreds of civilians in the town of Butchha alone, from which Russian troops had withdrawn in the past.

Read more: A Butchi priest says the Russians forbade the burial of the bodies

“Prisoners of war shall not be subjected to any form of torture or ill-treatment,” Amnesty’s spokesman said. Denis Krivosheev notes in an organization statement.

He said it was a matter of concern that Ukrainian soldiers operating in Mariupol had been “inhumanized” in the Russian media throughout the Russian invasion. According to Amnesty, representatives of the International Committee of the Red Cross should be allowed to meet prisoners of war.

Traces of the Russian attack in Mariupol on 16 May. Picture: V Ictor / Xinhua

Russian soldiers have been guilty of many atrocities during the war, but in some rare cases, Russia has surprised Ukrainians favorably. Such cases include the exchange of prisoners, where Ukraine was agreed to return the Black Sea Defenders of Snake Island Ukrainian soldiers.

About 450,000 people lived in Mariupol before the Russian invasion. According to Ukrainian authorities, about 90 percent of the city’s buildings have been destroyed or damaged in the Russian attack.

The conquest of the city will allow Russia a permanent land connection from the Donbass in eastern Ukraine to the Crimean peninsula, which Russia occupied in 2014.