Heavy fighting in the last stronghold of opponents of the Taliban 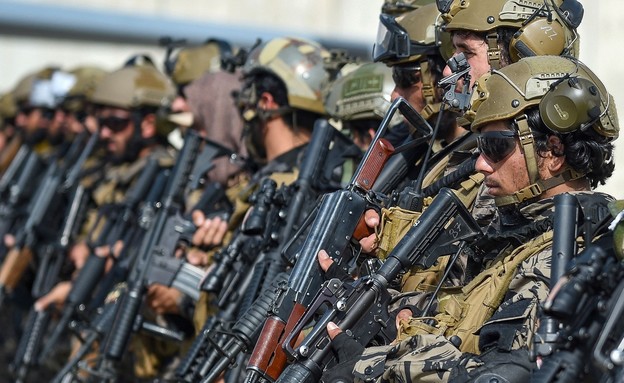 The Taliban is trying to occupy the Punjir Valley, the last area left under the control of opponents, which is considered a particularly hard mine • During his previous rule, the organization failed to occupy the valley • Women took to Kabul streets demanding rights, and encountered violence from the Taliban

The fighters “on the front of national resistance”, the only organized body still opposed to the Taliban, and made up of militias and fighters who abandoned Afghan security forces, have significant stockpiles of weapons in a valley about 80 kilometers from the capital Kabul. There have already been happy shots in the capital that word has spread that the valley has fallen to the Taliban, but opposition leaders were quick to deny it and the Taliban did not issue an official statement on the matter.

The Taliban is now engaged in the challenging transition from a military force that has quickly conquered Afghanistan, to a body that will rule stability in the country. During the previous Taliban rule, which lasted five years from 1996 to 2001, the organization suffered from total international isolation, with only a few countries having diplomatic relations with it. Now the countries of the world are staring at the way the organization will govern the country, and for now the Taliban are trying to broadcast softened messages about the human rights in the country.

In his previous rule, the Taliban imposed extreme and unprecedented restrictions on the women of the country, depriving them of all access to education and forbidding them to work. Women were obligated to constantly accompany a man when they left the house, and to wear a garment that covered their entire body. Women who violated these guidelines were whipped or executed.

In recent weeks, the Taliban has repeatedly promised that this time it will allow women access to education and employment, and less strictly restrict their freedom. But in recent days, worrying stories have been heard again about women being sent to their homes and their employment stopped. In addition, the Taliban asked most of the women in the country to stay in their homes for “security reasons.”

In the shadow of the grave fear for their future, a small group of women took to the streets of Kabul and demanded equal rights and the possibility of participating in government under the Taliban regime. Feminist groups have organized at least three different protests across Afghanistan in the past week. According to the Afghan news agency Tolo, the protest of the women encountered violence from the Taliban, prevented them from marching to the presidential palace, and sprayed them with tear gas.