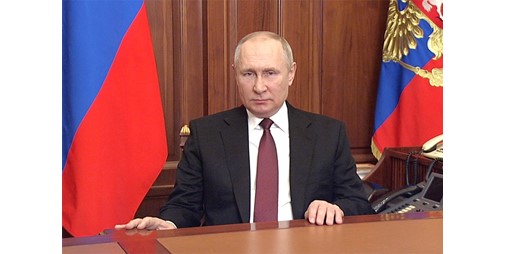 Russian President Vladimir stressed today, Thursday, that the current generation of Muslims in Russia respects the traditions and customs of their ancestors.

In a speech published on the Kremlin website, according to the channel (Russia Today), Putin saluted the participants in the celebrations held in Tatarstan on the occasion of the 1100th anniversary of the conversion of the Volga Bulgarians to Islam.

The Russian president added that the current generation of Muslims in Russia respects the traditions and customs of his ancestors, and firmly adheres to the principles of sincere service to the homeland, and the ideals of patriotism and justice.

Putin praised the performance of Muslim fighters who showed toughness, courage and dedication during the special military operation in Ukraine.