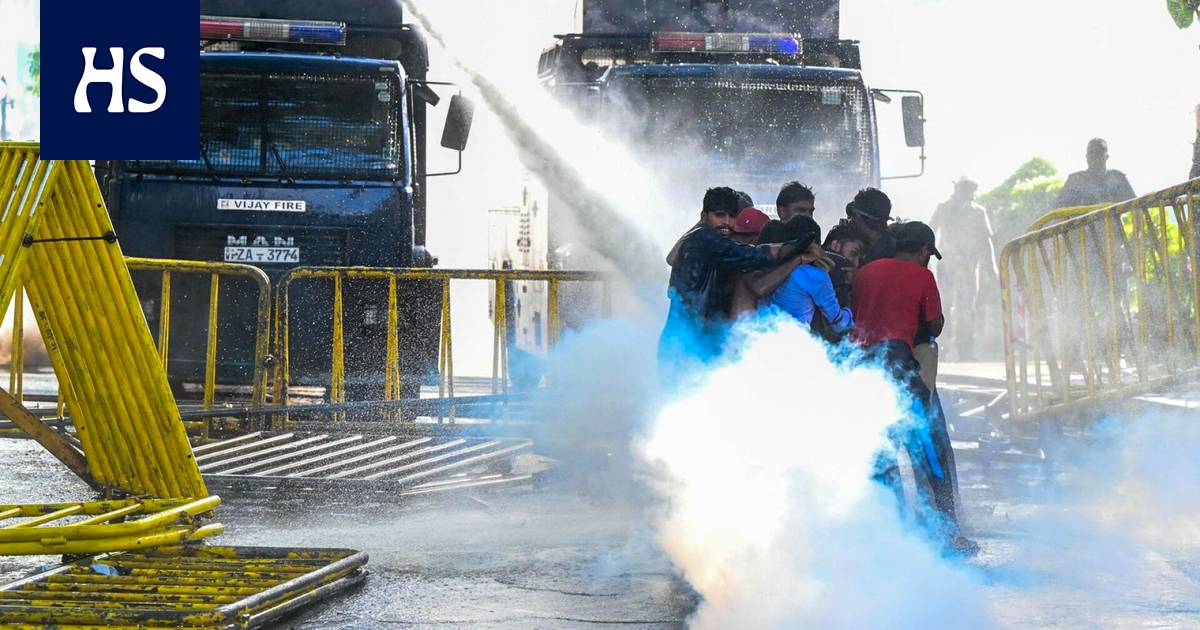 Island state The economic crisis in Sri Lanka is getting worse. For the first time in its 70-year independence, the country has defaulted on its debt by the agreed deadline.

Sri Lanka announced in April that it would not unable to handle repayment of its external debts, after which it was granted an additional period of 30 days to pay its share of the loan interest of USD 78 million, or approximately EUR 74 million. Now the deadline has expired and Sri Lanka has failed to pay interest.

Thursday Governor of the national central bank Nandalal Weerasinghe stated that Sri Lanka will not be able to repay its debts or interest until its loans are restructured. At the same time, Weesinghe noted that the country had “prevented insolvency”.

A country is classified as insolvent if it is unable to repay part or all of its debts. In practice, insolvency means that the state loses its ability to borrow on the international financial markets. Insolvency also means serious reputational damage to the state.

Sri Lanka will have at least another six months to begin repaying its debts, the country’s central bank said on Thursday. In total, Sri Lanka has a debt of about $ 51 billion, or about € 48 billion.

Maan the economic crisis is due to the fact that its foreign exchange reserves are running out. Among other things, the country has a large amount of foreign debt.

The Sri Lankan government blames the situation on the decline in tourism caused by the coronavirus pandemic, but experts say bad economic decisions are also a problem.

Due to the currency crisis, there is a shortage of everything in Sri Lanka because there are hardly any imports. Gasoline is virtually out of land, and in many places the island nation has suffered severe power outages.

People have been protesting against the country’s administration for weeks, and last week the country’s prime minister Mahinda Rajapaksa resigned.

Prior to the resignation, violent demonstrations were seen in the country’s capital, Colombo, in which five people were killed and at least 189 injured. Among other things, the country’s Ministry of Defense ordered security forces to shoot at people who are guilty of, for example, looting or damaging property.

Read more: The Sri Lankan Ministry of Defense issued a shooting order to quell the riots

A new prime minister has been appointed, Ranil Wickremesinghe, who warnedthat the situation is likely to deteriorate further in the coming weeks.

Sri Lanka is currently awaiting an emergency loan from the International Monetary Fund to support its economic rescue program. On Thursday, the G7 countries said they were ready to support Sri Lanka’s debt relief.