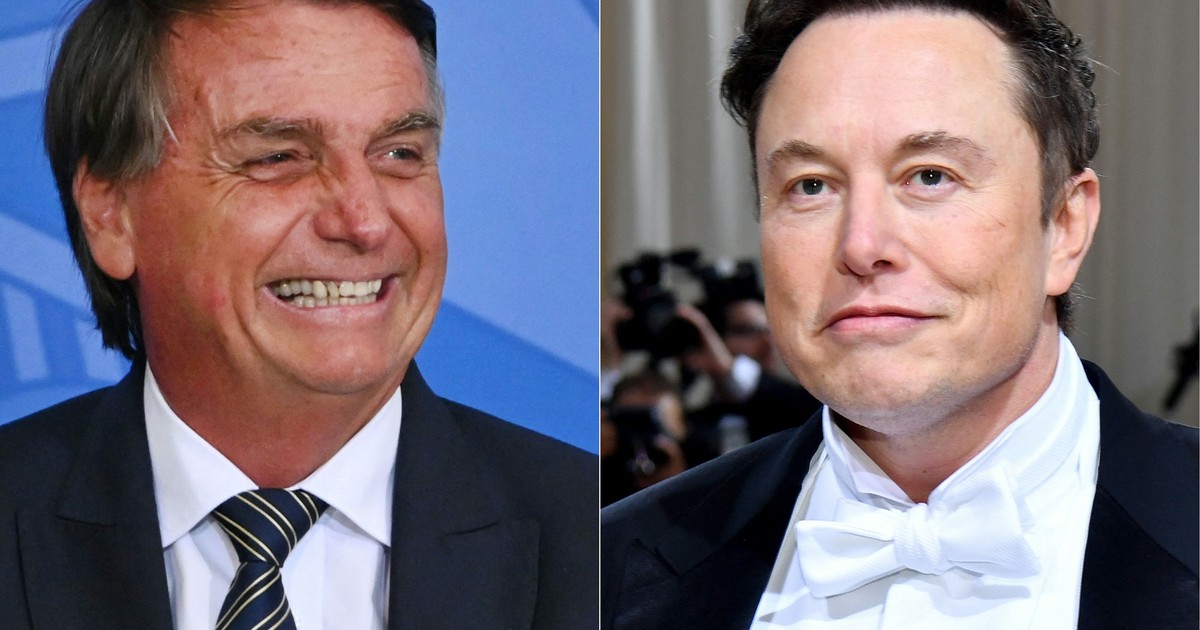 Elon Musk, the founder of Tesla and one of the world’s richest men, arrived in Brazil on Friday to meet with President Jair Bolsonaro and many of his ministers in a high-level visit disclosed just hours ago.

The invitation to the Twitter tycoon was made by Brazil’s Minister of Communications, Fábio Faria, who confirmed it. Bolsonaro had arranged a “reserved” meeting in Sao Paulo “with a very significant person who is recognized all over the world” on Thursday night.

“He comes to offer his assistance,” Trump remarked in his weekly broadcast on social media, without mentioning Musk, who has been on the front pages of every newspaper in recent weeks for his unsuccessful effort to buy Twitter.

The tycoon “is already in Brazil,” according to Ciro Nogueira, the head of staff. A photo of the “businessman’s plane” was provided by the G1 news site.

It was also confirmed by the account @elonjet, a user who tracks Musk’s plane, a Gulfstream Jet with registration number N628TS, as it flew from Texas to Catarina Executive Airport in real time.

What will Elon Musk and Jair Bolsonaro discuss during their meeting?

The meeting with the South African-born billionaire will take place at the luxurious Fasano Boa Vista hotel in the municipality of Porto Feliz, in the interior of Sao Paulo, and will include Bolsonaro, Faria, the Minister of Defense Paulo Sergio Nogueira, and 13 entrepreneurs, according to columnist Lauro Jardim, who exclusively advanced the meeting.

While the government has not confirmed the meeting’s location, the hotel has told AFP that it “had no information.” According to the AFP news agency, more than a dozen journalists have been waiting outside the hotel since the morning, escorted by numerous police cars.

In November, the Brazilian government revealed that it was in talks with Musk’s Space X company to provide satellite internet in the Amazon jungle and aid in the detection of illicit deforestation.

Minister Faria met with Musk in Texas, USA, at the time, and declared on Twitter, alongside a photo of the two, that the mogul would be in Brazil “soon.”

According to Forbes magazine, Musk, an imaginative entrepreneur and successful CEO of SpaceX and Tesla, is the world’s richest person, worth an estimated $220 billion.

It stated last month that it would buy Twitter for $44,000 million. Bolsonaro and his followers were ecstatic when the offer was announced, which is currently on hold, since they want less control of social media before the October elections, when the president will seek a second term.

Many of Bolsonaro’s tweets were taken from Twitter because they were deemed “disinformation” under Twitter’s current policy.

Musk has stated that his proposed purchase is driven by a desire to ensure free expression on the platform, and that he supports lifting the veto put on former President Donald Trump following the January 2021 attacks on Capitol Hill.

The Brazilian president is one of Trump’s most ardent supporters and maintains close personal ties with him. The president’s son and national deputy, Eduardo Bolsonaro, met with the American several times.

Musk’s offer, on the other hand, is on hold until he receives assurances concerning the estimated number of fraudulent accounts on the site, known as “bots,” which he has stated he intends to eliminate if he takes control of the platform.

A bot, for example, is the account that keeps track of your private plane. If the business becomes your property, it may be shut down.