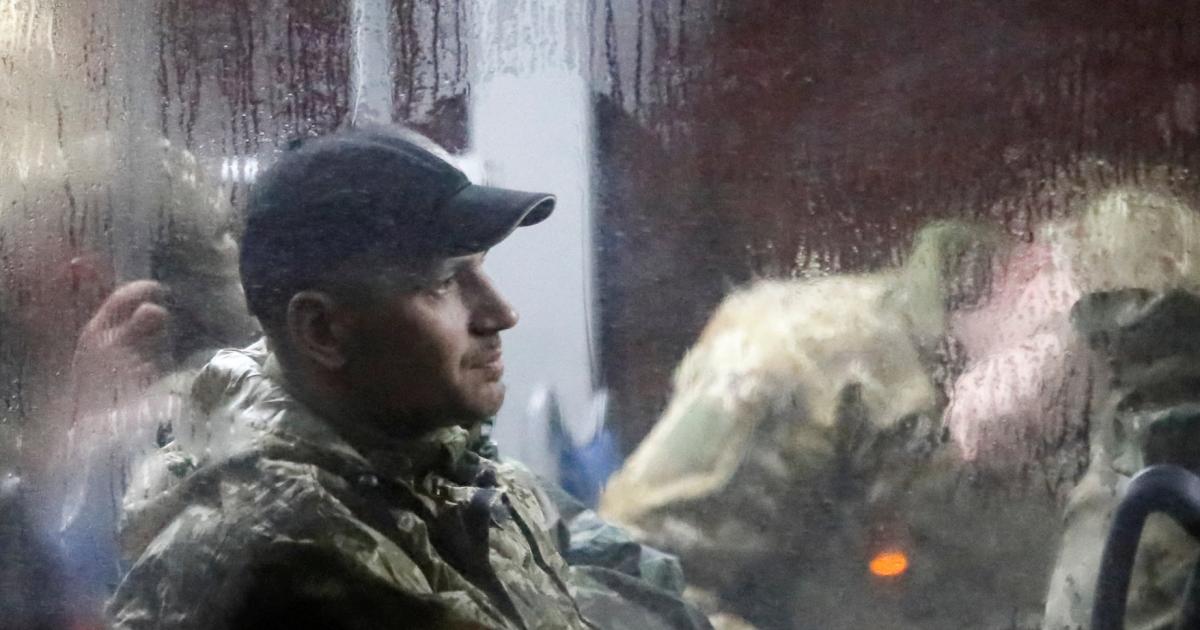 Ukraine hopes for prisoner exchange. The fighting continues to focus on the east of the country. There is new evidence about the Bucha massacre.

Day 85 after the Russian attack on Ukraine:

The Ukrainian military has ordered the remaining fighters of the Azov regiment in Mariupol’s Azov-Steel industrial complex to abandon the city’s defenses, according to its commander. The military leadership gave the order “to save the lives of the soldiers in our garrison and to stop defending the city,” Azov commander Denys Prokopenko said in a video released today.Work is now being done to bring the fallen soldiers out of the facility. All the wounded were evacuated and only the “killed heroes” remained, the commander said.

Russia announced in April that it had taken control of Mariupol after weeks of siege. However, Ukrainian soldiers had entrenched themselves in the tunnel system beneath the vast Azov steel industrial complex, where they continued to be besieged by Russian troops.

This week, the remaining Azov regiment fighters there had begun to surrender. According to Russian data, as of Friday, 1,908 Ukrainian fighters came out of the plant and were captured.The Ukrainian government hopes that the soldiers will be freed from the steel mill as part of a prisoner exchange. However, the Russian authorities have repeatedly pointed out that they regard at least some of them not as soldiers but as neo-Nazi fighters.

The complete capture of Mariupol would be a strategic success for Moscow. According to the Ukrainian General Staff, fierce resistance in the port city has significantly slowed the advance of Russian forces towards the large city of Zaporizhia, which is still in Ukrainian hands.

Military expert Carlo Masala does not expect the captured Ukrainian fighters from the Mariupol Steel Works to be exchanged. At least some of the more than 1,700 men will probably be misused for propaganda purposes, says the politics professor at the Bundeswehr University in Munich in the Stern podcast “Ukraine – the situation”. “They won’t be exchanged, I don’t think so. Instead, they might be put on trial, tortured, dragged in front of the television camera,” says Masala. Extorted confessions from the prisoners could be used to “ultimately suggest to the Russian people that this state – Ukraine – is a Nazi state. And thereby further maintain the legitimacy for the Russian Federation’s operation.”

After the Kremlin’s original plan to take Ukraine in a few days didn’t work out, Russia changed its tactics and from then on concentrated on the east of the country. For weeks the government in Moscow has been trying to use massive artillery and tank support to protect areas in the Donbass to conquer. Pro-Russian separatists have controlled parts of the areas there since 2014 Donetsk and Luhansk.

Now, according to the Ukrainian general staff, Russia has further stepped up its offensive in the east, using artillery, rocket launchers and aircraft to damage defenses around Donetsk.

According to estimates by British secret services, Moscow is risking wearing down its armed forces after the grueling battles in Mariupol. The Ukrainian resistance in the port city of Mariupol since the beginning of the war has enormously weakened the Russian troops, according to a situation report by the British Ministry of Defense on Friday morning.

The British say the reconstruction and re-equipment of the armed forces could take longer if carried out carefully. However, with Russian commanders under intense pressure to achieve visible results, it is likely that Moscow will send its troops into its offensive in the Donbass region without proper preparation. This risks further wearing down the soldiers.

The Russian State Duma is considering raising the age limit for soldiers to over 40. In addition, foreigners over the age of 30 should also be able to register for military service in the future, according to a draft for Parliament on its website.

Ukrainian President Volodymyr Zelenskiy has described the situation in the Donbass as “hell” given the Russian war of aggression. The army continues to work to liberate the region Charkiw, Zelensky said in his evening video address. “But in the Donbass, the occupiers are trying to increase the pressure. It’s hell there, and that’s not an exaggeration,” the president continued.”The Donbass is completely destroyed.”

With Russian shelling in Luhansk13 civilians have been killed in the past 24 hours, said the Ukrainian governor of the region, Serhiy Gaidai. According to Ukraine’s Prosecutor General’s Office, 232 children have been killed and 427 wounded since the start of the Russian invasion. Russia denies reports from Ukraine and the West that it is also targeting civilian buildings and civilians.

Of the New York Times There is new evidence of the March 4 massacre in the Kiev suburb of Bucha. Videos show at least eight men being executed.

Around 4,000 residents were staying in the family-friendly Kyiv suburb at the time of the attack. From February 27, three days after the invasion of Ukraine, the Russians shelled the city.

The Bucha massacres are described as the most serious war crimes in this bloody war. At least ten Russian soldiers who were involved are known by name.

The video shows crouching Russian soldiers driving men at gunpoint across a street. “The hostages are here, by the wall,” says a man who records the video. As several witnesses of New York Times report, the prisoners were then taken to a house, later shots were heard. A drone video captured a day later then shows several bodies near the building. One of the dead was dressed in a conspicuously blue shirt, like one of the prisoners who had been herded through Bucha before.

Russia will always pose a threat

Ukraine will be able to defend its independence, but neighboring Russia will always pose a threat, Zelensky said. “We will always think about protection. And we have to understand that there is no better security than the willingness of citizens to defend their own state,” said Zelensky on Thursday in an online conference with students and university management.

Ukrainian society has shown its resilience since the February 24 Russian attack. But the country also needs security guarantees from outside. As a political instrument, these would have to be well thought out and designed to last for decades. “We have to understand that Russia will always be there. And maybe it will always be a threat,” said the Ukrainian president.

Meanwhile, impede in the domain Saporischschja in southern Ukraine the Russian occupying forces allegedly fleeing civilians to Ukrainian-controlled territory. “Currently in town Wassyliwka in front of the Russian checkpoint, more than 1,000 vehicles are not allowed into the territory controlled by Ukraine,” Deputy Chief of the Zaporizhia Regional Administration Zlata Nekrasova told the news agency UKrinform on Thursday evening. Corresponding videos have also appeared on social networks.

There are also many women and children in the cars. Nekrasova explained that officials in her administration had therefore arranged for water and provisions to be delivered to the refugees. In the past, Ukraine has repeatedly accused Russian troops of preventing civilians from fleeing the occupied territories and of forcibly abducting them to Russia.

For Ukraine, the Russian war of aggression means a budget deficit of around five billion US dollars (4.8 billion euros) every month. “In order to be able to survive in the war for freedom, we need quick and sufficient financial support,” said Zelensky.

Foreign partners of Ukraine should not see aid as expenses or gifts. “It’s your contribution to your own safety.” Ukraine protects other countries from war. Together we must ensure that Russia’s aggression is unsuccessful.

Ukraine can continue its defensive struggle against Russia with new billions in aid from the United States. A good week after the House of Representatives, the other chamber of Congress, the Senate, passed the package with a volume of almost 40 billion dollars (38 billion euros) with a large majority on Thursday. $6 billion is earmarked for direct military aid to Ukraine, which was attacked by Russia almost three months ago. US President Joe Biden has yet to sign the bill.

EU Commission President Ursula von der Leyen has proposed linking future reconstruction aid for Ukraine to reforms given the country’s desire to join the EU. “We will have to help finance the reconstruction of Ukraine anyway,” said von der Leyen on Thursday on the ZDF program maybrit illner.

Then, in her opinion, it makes sense to say: “Yes to investments, but right away with the necessary reforms, for example against corruption or for example for establishing the rule of law.”