Clash on Citizenship Income. Conte: “We are discussing changes to improve it”, Meloni: “It is state methadone” 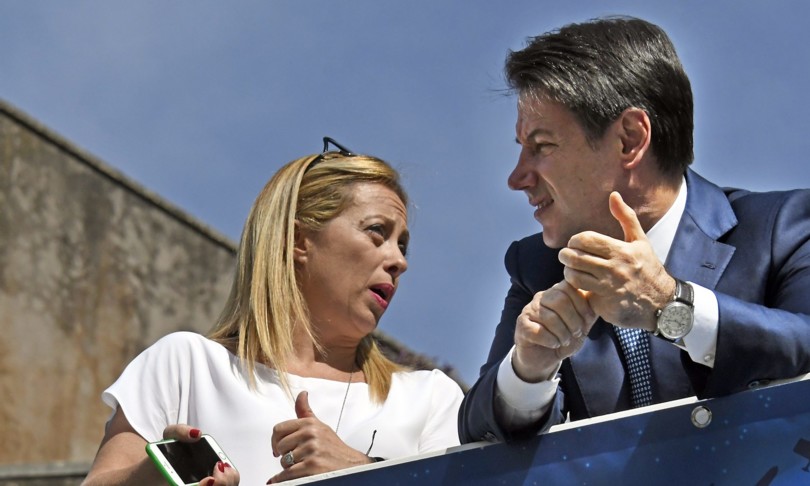 AGI – They don’t want to know about citizenship income, Giorgia Meloni e Matteo Salvini. The leaders of the Italian right, separated from the Draghi government but united in the battle against the measure that aims to combat poverty, intervened in Cernobbio, during Ambrosetti Forum, to reaffirm their will to cancel outright the income established during the first Conte government and supported, today, also by the Democratic party. A clash inside and outside the majority that sees the formation of ‘transversal parties’. To that of Salvini and Meloni also join, for example Come on Italy e Italy Viva. The latter, with the leader Matteo Renzi, launched the idea of ​​a popular referendum that cancels the rule.

A measure that has become the flag of the M5s, which introduced it with a lot of presentation-show in 2019, when he ruled with the League. However, Giuseppe Conte, who is the president of the M5s today, opens up to possible changes to improve the law and asks to “clear the field of useless and sterile controversies”. Matteo Salvini, after the ‘mea culpa’ for having voted on a provision that he says is his “discourages fatigue”, returns to the topic by proposing to allocate income resources to businesses: “Twelve billion euros badly spent, which do not produce wealth but welfare. I will have the honor of proposing an amendment to the budget law to allocate this money to businesses “.

Giorgia Meloni is even clearer than compares the basic income to “methadone”, the synthetic opiode used to reduce heroin addiction. “I do not agree with Conte that citizenship income is a good measure. For me it is state methadone”, are the words of Meloni: “It is exactly the same principle as maintaining a drug addict on methadone – he explains in his intervention – I keep you in your condition, I don’t want to improve it, I want to keep it “.

To Meloni he replies the Minister of Labor Andrea Orlando: “Who uses these metaphors probably he does not realize what poverty is“says the minister who, on the merits of the law, explains:” I think there are changes to be made, but I think it would be a step backwards for our country if it went back to being one of the few countries that does not have an instrument to combat poverty “. This is the line of the Democratic Party reaffirmed also by the Secretary of the Democratic Party, Enrico Letta: “Our position is that of President Draghi”, says Letta referring to the words of the premier who, before the summer break, underlined: “I fully agree with the basic concept” of Citizenship Income.

Creating work “is a way of freeing people from poverty, not maintaining it with state pocket money, as the 5 stars want to do clearly because of consensus, which is a serious responsibility that politics places itself”. AND the replica of the FdI leader in Orlando. “Precisely because I know what poverty is, I really want to fight it and I don’t want to keep it as it is,” Meloni replied. “I said something very precise – he explained – that the mentality with which the State approaches the problem of poverty with the citizen’s income is the same mentality with which the State approaches the problem of drug addiction, that is, with the maintenance of methadone. . It is a simple thing to understand – he pressed – and I explain it to Orlando, Conte and Di Maio: it means keep people in the condition they are in. I believe that fighting poverty is not about keeping people with state pocket money in their conditions of poverty.

The national secretary of the Italian Left has also attacked Meloni, Nicola Fratoianni: “Giorgia Meloni says that citizenship income is state methadone. Such a sentence, as well as being offensive, reveals what the right has always thought. poverty and unemployment are sins to be expiated. Are you poor? It’s your fault. Are you unemployed? It’s your fault, “he said.

Returning to the Democratic Party, Letta says he is in favor of improving changes, “let’s start with things that didn’t work and maintain an intervention in favor of the poverty that exists in our country”. At the base of so many controversies, for the secretary of the Democratic Party, there is a sort of misunderstanding about the nature of the provision: “Citizenship income has often been thought of as an intervention in favor of employment, but it is an intervention to combat poverty. On the issue of employment, apprenticeships need to be reformed and new hires taxed, these are the tools we need “.

“Citizenship income was a measure to combat poverty, but it was not a measure capable of creating jobs”. Affirmed the minister for regional affairs and autonomies, Mariastella Gelmini, speaking as a guest at the Caffè della Versiliana in Marina di Pietrasanta. “Today the watchword to face the future – added Gelmini – must be to create employment”.