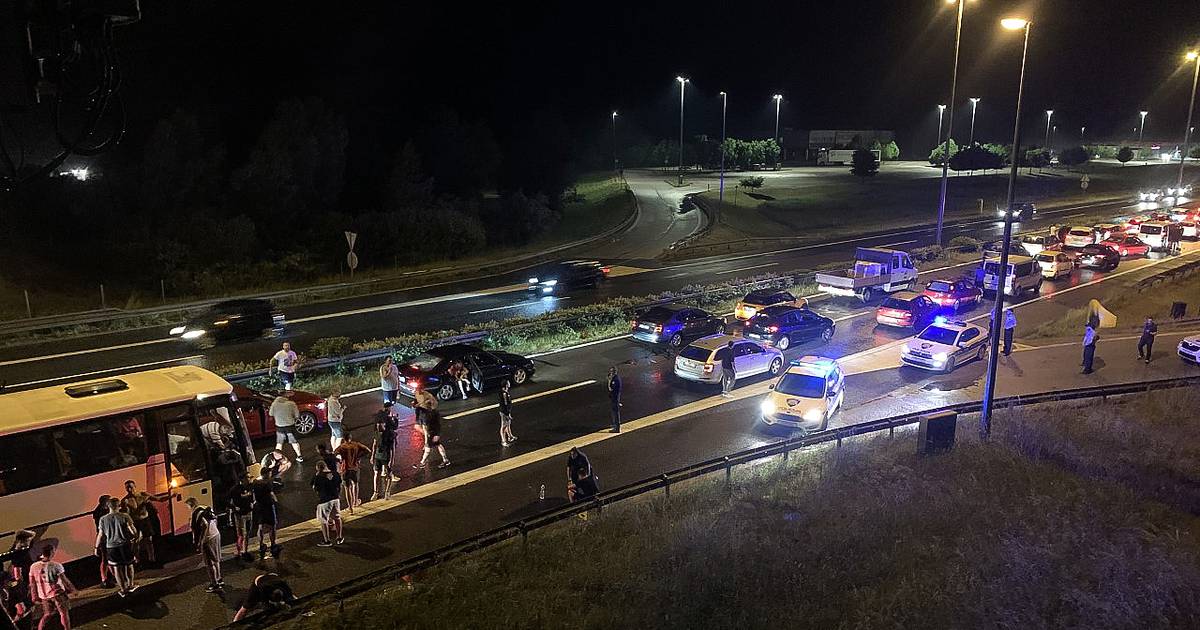 And one of them was kept in the hospital.

The head of the surgical service of the Split KBC, Dr. Dario Matić, explained to the journalists gathered in front of the hospital what the injuries were.

“The first male person has a sprained area of ​​the heel, no bone injury and he was released for home care after surgical care. The second younger male person has a more serious injury, it is spread through the upper arm. suspected injury of the optic nerve of the hand, and after the primary treatment he was taken care of at the Department of Plastic, Reconstructive and Aesthetic Surgery in Križine “, said Dr. Matić.

These are young men under the age of 20, who came to the hospital alone, were not brought by an ambulance, and arrived at the emergency room at 5 o’clock.

The fan riots started after the football match between Dinamo and Hajduk, which lost 3: 1, ended on Maksimir.

According to some media, before the start of the match, the police allegedly forbade Hajduk fans to bring fan props to the stadium, after which they refused to enter the stadium. During the match and for some time after it, they were under the supervision of the police, who eventually followed them to the highway when part of the fans started getting out of the car at the Desinec rest area, thus blocking the normal flow of traffic.

At an extraordinary press conference, the Zagreb Police Administration reported that several hundred fans attacked 16 intervention police officers. Fans put a pyrotechnic device in their van, so the police called for reinforcements, and after the means of coercion, they also used firearms. The result of the fan rage and fight was about twenty injured police officers and fans, including four who were shot.