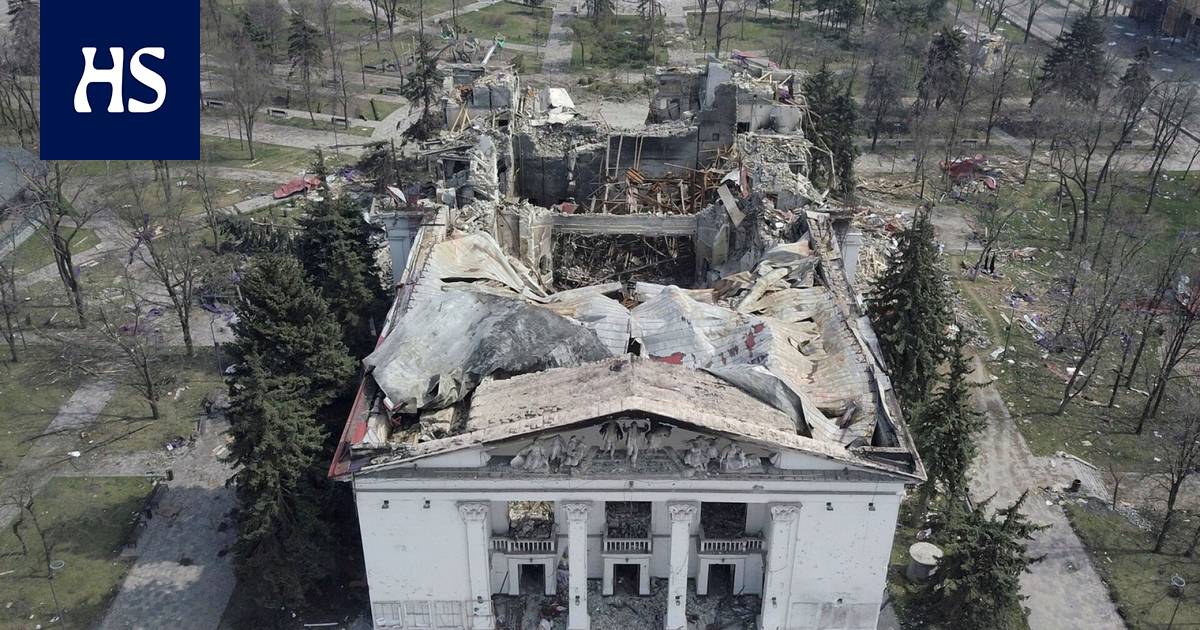 Russia says it has taken complete control of the port city of Mariupol, but according to the pictures, there is not much left of the city.

Ukrainian The Azov regiment announced on Friday that it had been ordered to stop defending the city of Mariupol in order to save the lives of the soldiers. The news agency Reuters and the Russian Meduza, among others, reported the matter.

Civilians and seriously wounded have been evacuated from the city’s last Ukrainian-held area, the Azovstal steel plant. The transfer of the deceased from the factory is also underway, according to the Azov regiment.

Russian authorities said on Friday that the last Ukrainian troops at the Azovstal steel plant would have surrendered and the city would be under full control of Russian troops. Sergei Shawun according to the number of Ukrainian soldiers surrendered from the steel plant is almost 2,000. The figures could not be confirmed.

The Azov regiment’s announcement to give up defending the city is, in effect, the final confirmation of what has been assured for days: Mariupol has fallen. Russia says it has taken complete control of a major port city on the shores of the Azov Sea. However, Ukraine has not confirmed the loss of Mariupol.

Mariupol is located on the shores of the Sea of ​​Azov. Photo taken in February before the Russian invasion. Picture: Pierre Crom / Getty Images

Russian it will be three months, 90 days, since the attack began next week.

Mariupol, one of Russia’s main targets since the first day of the attack, lasted more than 80 days before the final crash.

Of course, the city has been in full control of Russian forces for about a month now, with the exception of the Azovstal steel plant area in the harbor. Of a factory area of ​​more than six square kilometers formed a condensation of Ukrainian will to fightand was compared to the Stalingrad tractor factory during World War II.

February 24 Supplier of HS Vesa Sirén and photographer Kalle Koponen reported that in the morning at half past seven The rainy gray center of Mariupol was calm. Just before the Russian invasion began, a reporter and photographer who arrived in Mariupol saw residents rush to their cars with the intention of heading west.

“Here in eastern Ukraine, traffic is moving in one direction. Away from Mariupol, away from Russia. Behind me, about 50 kilometers, runs the Dnieper River, with only four bridges from here to Kiev. People are heading to the west. The assumption is that Russia may seek to cut Ukraine in two along the Dnieper River. However, the atmosphere in this small town of Orihiv is calm. Cars pass through the village towards the Dnieper River, ”Koponen reports in a video released the same day.

Koponen’s pictures showed cars queuing in long hoses at a gas station to refuel. Sirén and Koponen continued their journey to the first town on the Dnieper along the Dnieper River.

Although the center had still been calm in the morning, the peace of Mariupol had been broken. Russia had started bombing the city on the first day, and local authorities reported the first injuries.

Slightly Mariupol, with less than 500,000 inhabitants, was the country’s tenth largest city by population before the war began.

Administratively, it belongs to the Donetsk region, which together with the Luhansk region forms the Russian-sought Donbass in eastern Ukraine. Since the war in eastern Ukraine in 2014, pro-Russian separatists have held parts of Donetsk and Luhansk and, with Russian support, have declared themselves “independent people’s republics”.

In 2014, Mariupol was captured by separatists, but Ukraine quickly regained it. The border of the separatist zone was only twenty kilometers from Mariupol, and presumably therefore it was the first city to be targeted by Russia after launching a full-scale attack.

In short supply in three months, Russian forces have taken over much of Luhansk and Donetsk, but it has still not completely conquered Donbass. Anyway, Russia has failed in many of its goals.

The occupation of Kiev failed completely, and Russia had to withdraw its troops from its territory. In the south, it has failed to take over the city of Mykolaiv or move beyond it. It has been reported this week that Russian troops have also had to retreat from the vicinity of the city of Kharkiv in northeastern Ukraine.

Commander-in-Chief of the British Defense Forces Richard Barrons evaluates the data from Kharkov to the BBCthe Russian army will not be able to take over the big cities.

“It doesn’t have enough troops, the will and the ability to take over big cities,” Barrons told the BBC.

On March 14, the downtown area of ​​Mariupol looked like this in a satellite image. Picture: Maxar Technologies

Failures the capture of Mariupol in the middle has become an even more important goal for Russia. Long was anticipatedthat Russia is seeking to take full control of the city by the day of victory, after which it could present the conquest of Mariupol as its victory.

By the very day of victory, the final fall of Mariupol had not taken place, but now the city is under Russian control.

At the same time, Russia has destroyed most of the important port and industrial city with its constant bombing. Mariupol has become a sad stage for what Russian warfare will accomplish.

In less than three months, the city has been bombed to ruins. The damage to the civilian population has still not been accurately assessed. In April, the mayor of Mariupol Vadym Boitšenko reported that more than 20,000 civilians had died in the city during the war.

The Azovstal steel plant visible on the horizon was the last stronghold of Ukrainian troops in Mariupol. Photo taken on April 29th. Picture: Andrei Borodulin / AFP

View from the cemetery outside Mariupol on May 15th. Picture: Alexander Yermotshenko / Reuters

Russia managed to take over Mariupol by gradually breaking through the Ukrainian defense. The city was effectively besieged at the outset of the war, and was then subjected to airstrikes and artillery fire.

Attempts to evacuate civilians began in early March, but for the first time Ukraine accused Russian troops of starting firing during the evacuations. Since then, civilians have been evacuated from Mariupol to nearby cities such as Zaporizhia.

In early March, the city was cut off from water, electricity and heat. Although Russia had claimed to target only military targets, it bombed Mariupol, including maternity hospital and a theater in front of which read “children” in capital letters.

Much of the city has been destroyed by Russian attacks. Photo taken April 28th. Picture: Alexander Yermotshenko / Reuters

These the attacks were significant turning points in the war, among other things in the sense that they intensified the debate over the Russian army’s war crimes.

At the same time, Russian troops advanced all the way to the center of Mariupol. As late as mid-March, Ukrainian troops defended the city in the downtown area, and Russia tried to force them to surrender. Ukraine refused to surrender.

In the first week of April, Russian forces announced that they had taken control of the entire center of Mariupol, and by mid-month, Ukraine’s defense had virtually lost control of the city, with the exception of the Azovstal steel plant area.

Russia first tried to conquer it from Ukraine by military attacks, but the factory, described as a “whole city below the city,” relying on huge underground networks, proved virtually impossible to conquer.

President of Russia Vladimir Putin ordered on April 20 to close the industrial area “so that not even a fly can escape.” About a month later, the fight against fatigue finally brought the result Putin wanted.

Year then HS supplier Tommi Hannula and photographer Kalle Koponen report on the situation in Mariupol at the time.

“Now the damage caused by the artillery has been repaired and the center has been restored to be tidy anyway. It is uglier on the outskirts of the city, which is dominated by the giant steel plants of the Azovstal and Ilyich companies, but they still provide jobs. Each factory area is many square kilometers in size, and the smoke from their chimneys is visible and smells far away, ” the story was told.

Similarly, it was reported that in the thoroughly Russian-speaking Mariupol, the idea of ​​“protecting Putin” aroused mainly astonishment.

From the pictures in this story, you can see what’s left of the city, once restored in the 2010s, since the start of “Putin’s protection”.

The amount of civilian damage has not yet been estimated. Photo taken March 26th. Picture: Anadolu Agency