The French ‘spider man’ climbed a skyscraper against the health pass 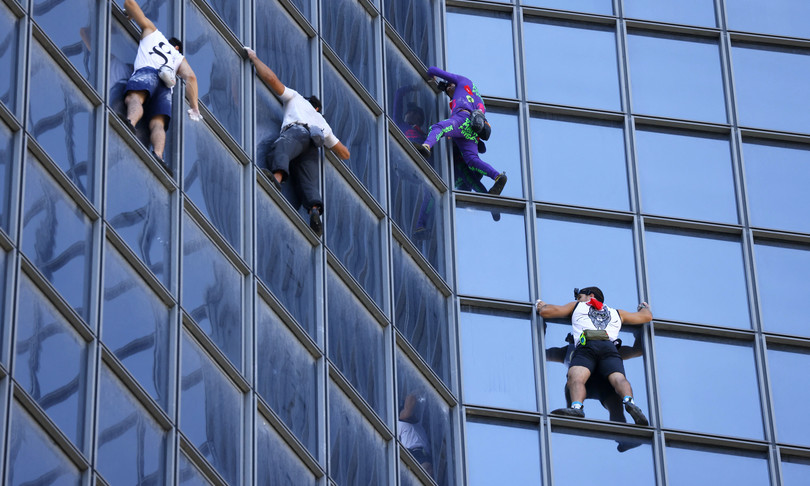 – The French spider.man, Alain Robert, has returned to talk about himself, who has started climbing the 187.meter.high Total Coupole skyscraper in the La Défense district (Hauts.de.Seine) for the eleventh time. ) Paris.

The reasons that prompted him to undertake this new enterprise are two: on the one hand emphasize your own will oppose the health pass; on the other pay homage to Jean.Paul Belmondo, an icon of world cinema and passionate acrobat, who passed away yesterday. “The health pass is an attack on people’s basic freedoms, it’s a shame,” Robert explained before leaving.

The 59.year.old, usually solitary climber, is accompanied for the first time by three young people aged 21, 28 and 33, who said they were “honored” to join a legend of the discipline.

Robert became famous for climbing more than a hundred skyscrapers and other urban monuments, with his bare hands, usually without insurance and especially without authorization.