Many people who left Ukraine stay in Russia – a woman helping refugees in St. Petersburg explains why 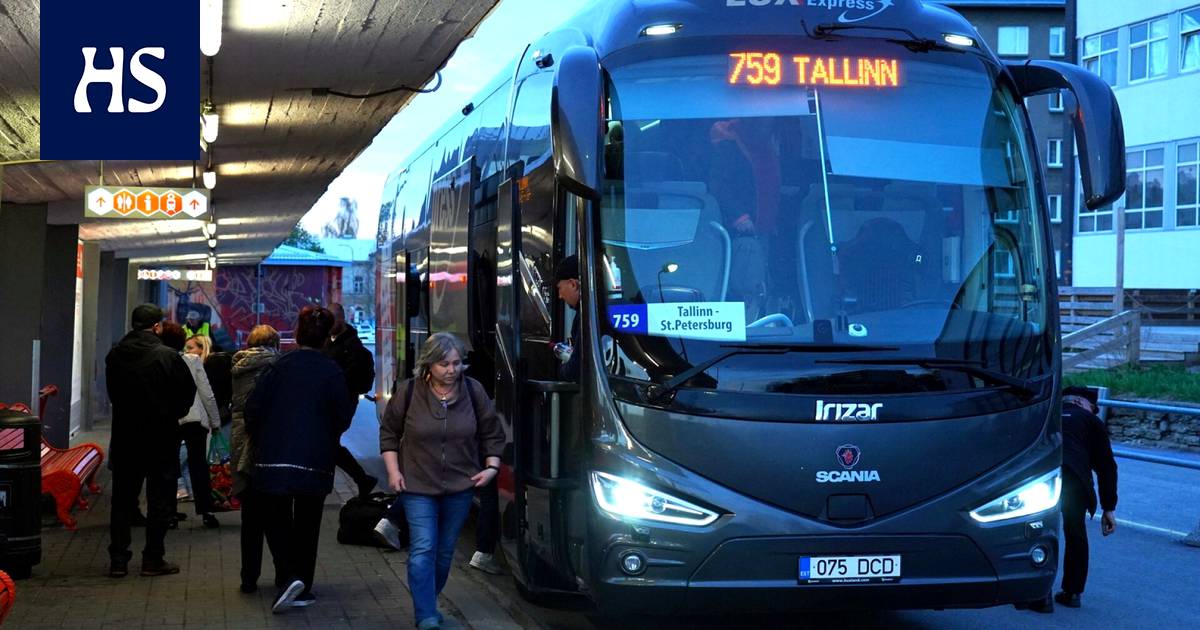 Maria to help Ukrainian refugees arriving in the Leningrad region around St. Petersburg. There is more and more talk about these refugees.

Maria clarifies that Russia does not in practice grant Ukrainians refugee status. The conditions for the situation in the country of origin are not considered to be met.

However, Ukrainians can get a temporary “asylum” in Russia and thus limited basic needs, such as a roof over their heads for a year, food, and Russian sim cards. According to Maria, the volunteers of the ruling party, the United Russia, have been responsible for distributing basic goods. These raise the necessary funds from government officials to help.

Elsewhere, self-organized volunteers help with their own money and time.

Maria is one of these volunteers. He fears for the continuation of his relief efforts and for his safety, so HS does not say his background or real name. His identity is known to HS.

Nightgown, own Mug, sneakers, suitcase, blood pressure monitor, blood sugar meter for diabetics, Maria lists. Help with the job search bureaucracy, buying a bus ticket and even finding pets left behind. Self-organized volunteers have given all this.

“Volunteers buy everything with their own money and transport refugees in their own cars,” Maria says.

“We don’t have a system like yours [Suomessa]that people are opening their doors to refugees, because people here are poorer than Westerners. ”

Volunteers are liberal or even “radical,” Maria describes. However, there is one strict rule in action: there is no talk of politics.

However, a lot of tacit information is gathered for those involved.

“They are not any World War II concentration camps,” Maria says. According to him, entry and exit can be accessed with electronic pass cards, which are distributed to everyone.

“They don’t starve, but if someone wants to make themselves morning coffee, it’s not possible. There is no kitchen where you can prepare a decent meal. It’s just a microwave. ”

“Virtually no one has personal belongings. Ukrainians are in a situation where they have to go to get humanitarian aid and say: I need panties. Or a piece of soap. Or toilet paper. ”

Russian news agency RIA novosti announced as early as the end of April, almost 990,000 refugees had arrived in Russia from the Donbass and the rest of Ukraine. There is no definite information about the quantities, nor does Maria know them.

Fontanka magazine by “Dozens of tired, frightened” Ukrainian refugees arrived in the city in April every day. They could be found at St. Petersburg bus station waiting for a bus to Tallinn.

Some Ukrainians continue their journey to Europe. “No one is holding them back,” Maria says.

Compared to the number of Ukrainians who ended up in Russia, border crossings to Estonia and Finland are insignificant.

Between the end of February and mid-May, less than 3,800 Ukrainians crossed Finland’s eastern border, says the commander Kimmo Ahvonen From the Border Guard. From Finland to Russia, the Ukrainians had crossed the border about 700 times.

By May 18, almost 13,300 Ukrainians had crossed the Narva border in Estonia, says a press officer from the Estonian Police and Border Guard. Liis Krigul.

The Narva border is popular because it can be crossed on foot. A means of transport, at least a bicycle, is required to cross the Finnish border.

In addition, on the Narva border, Estonian volunteers are waiting for incoming Ukrainians, Maria says.

Pavel, who has fled Ukraine, is standing at the reception center for Ukrainian refugees at the Tallinn bus station on May 12. Picture: Janis Laizans / Reuters

“People are fleeing death and fighting and already want to get back to normal. Go to work. Starting life again and not waiting for this to end. ”

If you have to stay somewhere, you can see everyday life in Russia. It is easier for older people to find and communicate in Russian than in English, for example. According to Maria, practically everyone who comes from Ukraine has relatives or at least acquaintances in Russia.

“Here, for example, those who want Russian citizenship are just tired of escaping.”

“None of these people wanted a war. None of them cheer for the patriots of either country. They are ordinary people who wanted to live in peace. Now life has to start all over again. ”

Russian the state has promised a grant of 10,000 rubles to Ukrainian refugees – about 160 euros at the current rate – but there are many problems with paying the grants.

“Nearly not everyone has received the money,” Maria says.

“People don’t even have money for the basics. It goes over the psyche. ”

According to Maria, the volunteers are already tired.

“I’m running out of money, even though the individual costs aren’t great. You should also make money, ”says Maria.

Women evacuated from the Azovstal steel plant in a temporary accommodation facility in the Russian-controlled village of Bezimenne in the Donetsk region on 6 May. Picture: ALEXANDER ERMOCHENKO

Read more: “It was the only way out of that hell” – Russian reporter explains how a group of Ukrainians were brought to camp in central Russia

Read more: In Ukraine, there are indications of forced population displacement, people are taken to “filter camps” before being transferred to Russia