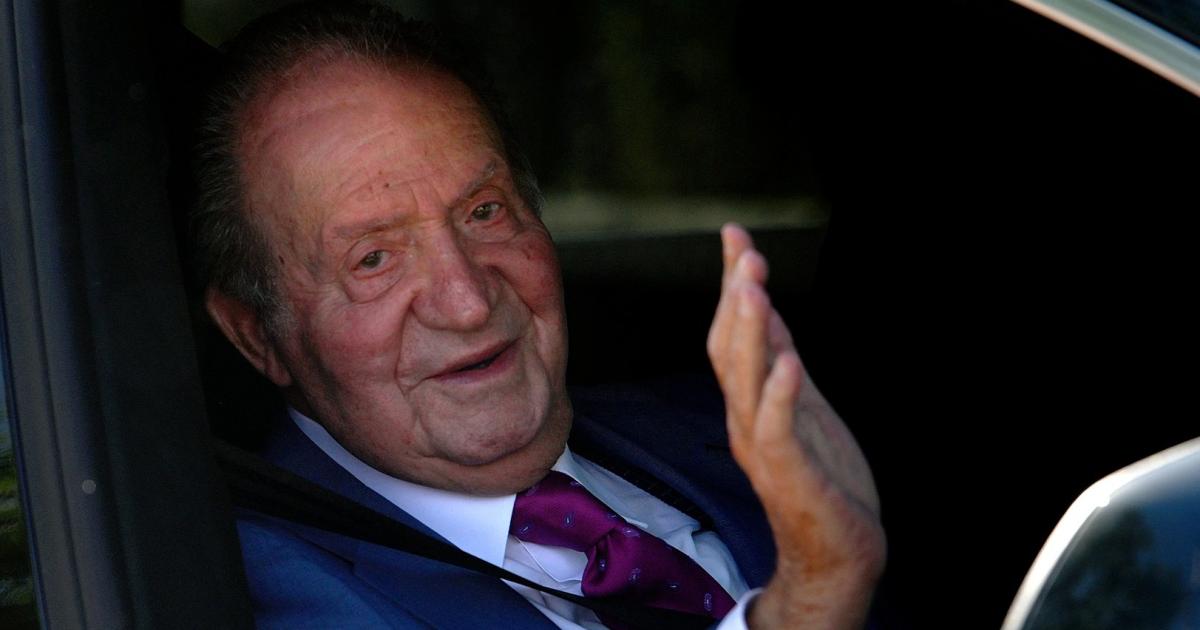 The scandal-shrouded Spanish ex-king Juan Carlos with the family in the palace in Madrid. Son and successor Felipe is as far away from his father as possible.

“Seeing the family and lots of hugs” – that’s what ex-King Juan Carlos wanted for his visit to the Royal Palace in Madrid. What really happened when they met their son Felipe, today Spain’s regent, and his wife Sophia remained largely hidden behind the walls of the Zarzuela Palace. But the mood is said to have been icy. In the end, both Felipe and Sophia keep their distance from Juan Carlos, who has been discredited for corruption and adultery. He has been separated from his 83-year-old wife for years anyway.

Almost two years after going into exile, the 84-year-old was at least received on Monday. The former Spanish monarch pulled up in a limousine in front of the palace in central Madrid. Unflinching supporters of the ex-king, who was once seen as the savior of Spain’s democracy, had gathered there and applauded. Not far from the palace, however, there were also demonstrations against the king.

That evening Juan Carlos wanted to fly back to the United Arab Emirates, where he now lives. The ex-king, who had fallen out of favor at home, flew to Spain on a private jet on Thursday evening. It was his first visit home since he fled abroad in August 2020 due to allegations of corruption.

Juan Carlos resigned in 2014 after numerous scandals. He settled in Abu Dhabi two years ago after revelations about his lifestyle, dubious gifts of money and allegations of money laundering.

At the beginning of March, the Spanish judiciary dropped its investigation against him due to lack of evidence, the statute of limitations and the immunity he enjoyed as head of state. Since his accession to the throne, Felipe has kept his distance in order to raise the prestige of the monarchy again. In 2020 he withdrew his father’s annual allowances of 200,000 euros and declared that he wanted to forego his inheritance.