The EU against Poland: sanctions because it does not respect the independence of judges 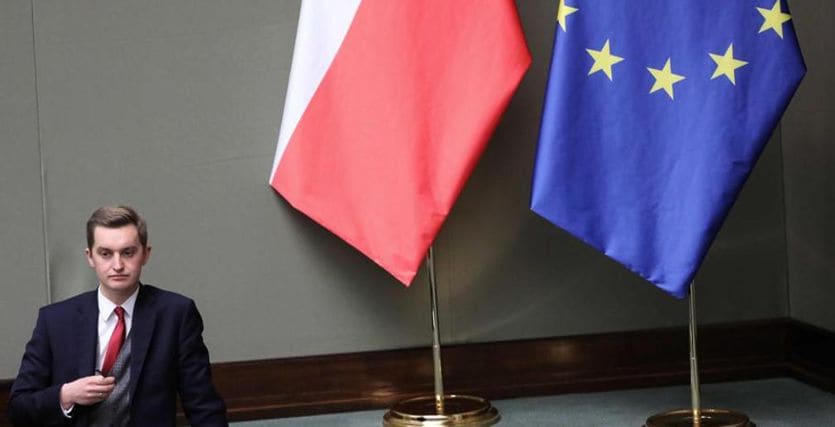 The European Commission “has decided to ask the Court of Justice to impose economic sanctions on Poland”. This was made known by the Commission itself, which argues that the decision concerns the independence of the judiciary. The Commission has asked the Court to impose a daily penalty on Poland until the measures imposed by the Court’s order are fully implemented. Secondly, the executive decided to send Poland a letter of formal notice for failing to take the necessary measures to fully comply with the judgment of the Court of Justice of 15 July 2021, according to which the Polish law on disciplinary regime against of judges is not compatible with that of the Union.

The president of the EU Commission Ursula von der Leyen also spoke, “Judicial systems throughout the European Union must be independent and fair. The rights of EU citizens must be guaranteed in the same way, wherever they reside in the European Union ”.

The response of the Polish government

The Polish government sternly replies to the European Commission, which has asked for financial penalties for not respecting the interim measures to safeguard the independence of judges. “The European Commission illegally freezes funds in Poland and calls for sanctions. These are acts of aggression. After the approval of the EU budget, the EU bodies launched an illegitimate attack ”, writes Deputy Minister of Justice Sebastian Kaleta on Twitter.

The criticisms of the socialists and democrats are discounted, but the European conservatives also criticize Poland: «Today the European Commission asked the European Court of Justice to impose financial penalties on Poland. The decisions of the government led by the Pis have not only caused damage to reputation, but also millions of euros “writes on Twitter the group of the European People’s Party (EPP) in the European Parliament, quoting the words of Dutch MEP, Jeroen Lenaers:” The Polish government continues to ignore the judgments of the Court of Justice. This can no longer go on. It is time to act ».

The other open fronts

It is not the first time and the only occasion for which the Polish authorities and the leaders of the Union go to clash, the question of justice is primary because Poland is accused of not respecting the rules of the rule of law and therefore of not conforming to the standards EU but there is more: from the Polish abortion law which – Brussels contests – is so restrictive as to jeopardize women’s health to LGBT rights trampled on in various ways, not least the creation of free zones in the country where it cannot the diversity profession exist and assert itself.