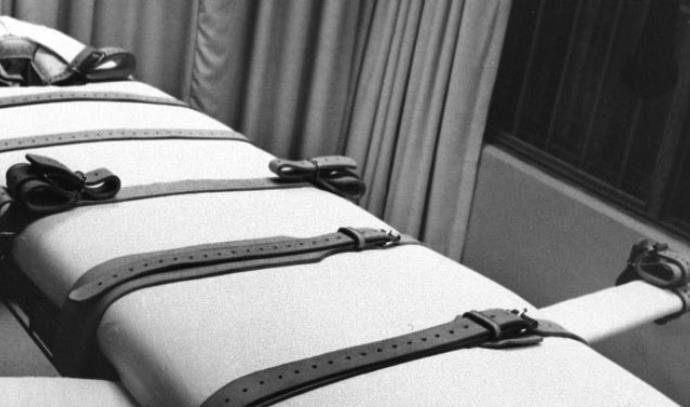 Amnesty International’s death penalty report for 2021 was published today (Tuesday) and found that this year executions around the world increased compared to the previous year. HH points out that there are general signs of moving away from the death penalty in many countries.

Which countries have executed the most death sentences for 2021?

579 people were executed in 2021, according to the report, which represents an increase of about 20% compared to the previous year, but the data do not include the number of executions in each country. The organization warned that countries like China, Vietnam and North Korea are known as such Issuing thousands of death sentences but there is little information regarding official numbers because of censorship in those countries. “China, North Korea and Vietnam continue to secretly cover their executions but the existing information is also very worrying,” said Amnesty Secretary Agnes Clemard.

Of the countries reporting the number of executions in their territory, Iran executed at least 314 people, up from 246 in 2020, while Saudi Arabia executed 65 people, more than double their number in the year before. “Following their reduction in the death penalty in 2020, Iran and Saudi Arabia have once again increased the use of this method in 2021, including a blatant violation of prohibitions set out in international human rights law. The year is 2022, “added Clemard.

About 42 percent of Iran’s executions were for drug offenses, which Amnesty said violated international law. The UN High Commissioner for Human Rights has passed a resolution stating that states should keep the death penalty only for “the most serious crimes”, i.e. deliberate killing.

There has also been a significant increase in executions in Somalia, southern Sudan, Yemen, Belarus, Japan and the United Arab Emirates.

The death penalty is directed at minority groups

Amnesty has criticized a number of countries, apparently for their use of the death penalty as part of a policy of repression. In Myanmar, nearly 90 people were sentenced to death in what Amnesty described as a targeted campaign against protesters and journalists. In Iran, 19% of executions belonged to the Baluch ethnic group, which makes up only about 5% of the general population. Despite the increase in executions, Amnesty said the trend of moving away from the death penalty continues nonetheless in most countries of the world. The number of executions across countries around the world, excluding China and other censored countries, is the second lowest number since 2010. 18 countries executed people in 2021, the lowest number since Amnesty International began documenting the method. Sierra Leone and Kazakhstan have both passed laws repealing the death penalty and in the United States Virginia has become the 23rd state to officially abolish the death penalty in its territory.