After 4 days: A 3-year-old boy was found in a forest in Australia healthy and intact 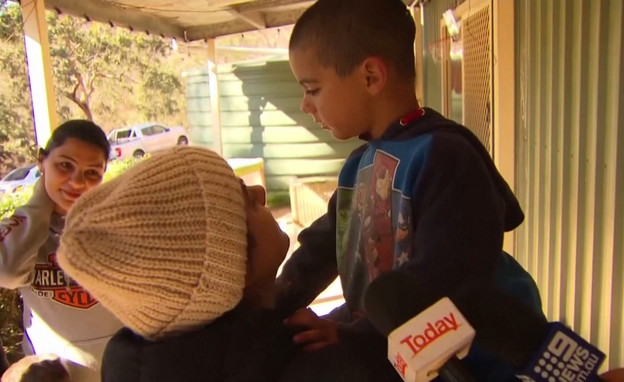 Anthony Alflak, 3, was found healthy and intact yesterday (Tuesday) after disappearing from his home almost four days earlier. The child, who is on the autism spectrum and does not communicate with his surroundings, was found in a forest near his home in the town of Patti in the state of New South Wales. His excited parents thanked the rescue forces after the happy ending of the drama that swept the whole of Australia in recent days.

The search for him began on Friday afternoon, after his mother noticed he was missing. A neighbor of the family told investigators he noticed a foreign vehicle traveling near the private area around the family home. An inspection of the security cameras installed at the entrance to the area erased four hours around the time of Anthony’s disappearance. “There is no other explanation other than kidnapping,” said neighbor and family member Alan Hashem. “The filmed material from the time window of his absence, about four hours – is gone.”

The family has recently moved to the area, and Anthony has also not gotten to know the area, which has raised concerns about his condition. Yesterday he was found only 470 meters from his house, drinking water inside a river channel.

After the exciting reunion with his parents and older brothers, Anthony was taken for a series of tests, and was released to his home shortly after when he was in good condition. “I was lucky. I’m so glad he’s here,” said mother Kelly. “He had time to rest and is protected and healthy,” she added. Sydney police are continuing to investigate the case, and meanwhile Anthony’s parents are not saying goodbye to him for a minute and do not stop thanking him for the miracle that happened to them.