On the Green Pass, the new division of the League. Unknown on the final grade 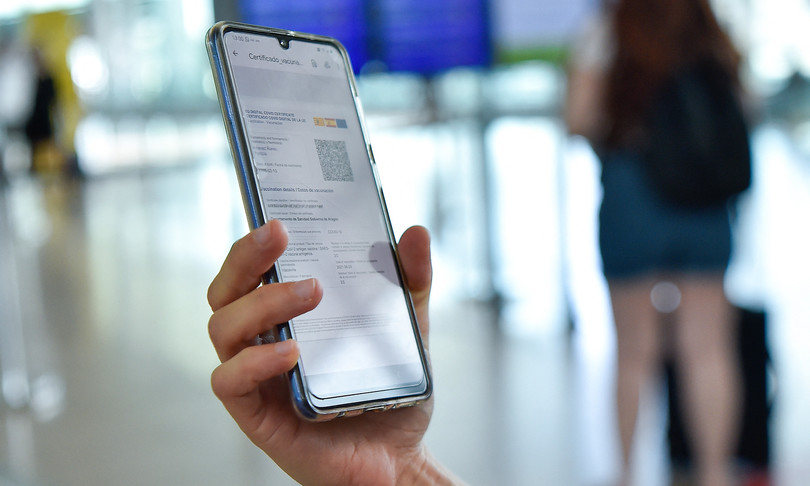 In the Chamber of Deputies a new tear of the League is consummated, which votes in favor of two amendments of the oppositions (Ac and FdI) to eliminate the obligation of green certification for minors, now in force from 12 years upwards.

Both proposed amendments are rejected, one by open ballot and the second by secret ballot. But it is not the only Northern League distinction, which for the second consecutive day breaks the majority: even on the second Green pass decree, the one that extends the obligation of the certificate in schools, universities and long-distance transport, the party of Matteo Salvini he moves in discrepancy from the rest of the majority and deserted the session of the commission, explaining that the yes of the leaguers to the decree is not taken for granted, reports the group leader dem in commission Di Giorgi.

The “ambiguous” and untrustworthy “line of the League makes the government allies go on a rampage again: Enrico Letta speaks without hesitation of a” limit widely exceeded “, while Giuseppe Conte asks the ‘lumbards’ to” clarify “.

Forza Italia attempts to throw water on the fire: “No problem Lega, at the moment it seems to me that the majority have no problems, we are all working together”, says Mariastella Gelmini. Leu thinks exactly the opposite: “The position of the League on the green pass filo no vax is a problem for the majority that supports the Draghi government”, marks the group leader Federico Fornaro.

“The position of Salvini and Meloni against the green pass and a part of the left is absurd for me”, says Matteo Renzi.

But Salvini goes straight, rejects the accusation of “ambiguity”, guaranteeing that he had informed those in charge of the League’s votes, and reports that he had an interview with the premier in which Mario Draghi would have assured him that the green pass will not be extended to all workers, but only to some categories. And in fact tomorrow the CDM will meet to extend the obligation of green certification but for now only in schools, to canteen and cleaning workers.

As for the accusations of the Pd and M5s, Salvini sends them back to the senders without worries: “Ius soli, ddl Zan and today the cultivation of cannabis at home. If these are the priorities of Pd and 5 Stelle in government, Italy has a problem “, he says, referring to the further distinction registered today in the Justice Committee on cannabis. But this time alongside the Lega and with FdI also Forza Italia and Coraggio Italia (while the Renzians abstain): the compact center-right votes against the adoption of the basic text, unlike Pd, pentastellati and Leu who vote in favor .

And in the face of the insistent request of the other majority forces to clarify and decide which side to take, whether in government or outside, Salvini replies once again, flaunting tranquility: “The League is proudly in government.

Meanwhile, the examination of the amendments in the Chamber is proceeding slowly, due to the obstructionism of FdI, whose deputies intervene in bursts on every single amendment proposal. Despite the vote in favor of the Northern League, however, the majority holds and rejects all the amendments, including those on salivary swabs, another topic dear to the Northern League. But the real test will be the agendas: Claudio Borghi himself explains it, to whom Salvini has entrusted the ‘task’ of illustrating the League’s line in the Chamber: “There remains the negotiation to obtain commitments from the government on the agendas “, he writes on social media.

The League has presented about ten agendas, in which it returns to the office both on the no to the green pass for minors and on the same measure that introduces the obligation of green certification. And awaits the go-ahead from the government. There is also some concern among the majority over an amendment by FdI on the postponement of the tax bills (since September, albeit gradually, the notifications have spread), on which both the Lega and Forza Italia could converge.

But the spotlight is above all on the final vote, on which the unknown remains: will the League abstain or vote in favor? Certainly, they do not hide several big names in the majority, abstention would be a “political vote, a distance from a government measure”. According to some sources, if the favorable opinion of the executive arrives to the odg, the leaguers could say yes to the decree. But nothing is still taken for granted. The game will then move to the second green pass decree, where new tensions are expected.

One thought on “On the Green Pass, the new division of the League. Unknown on the final grade”