The ECB slows down pandemic purchases 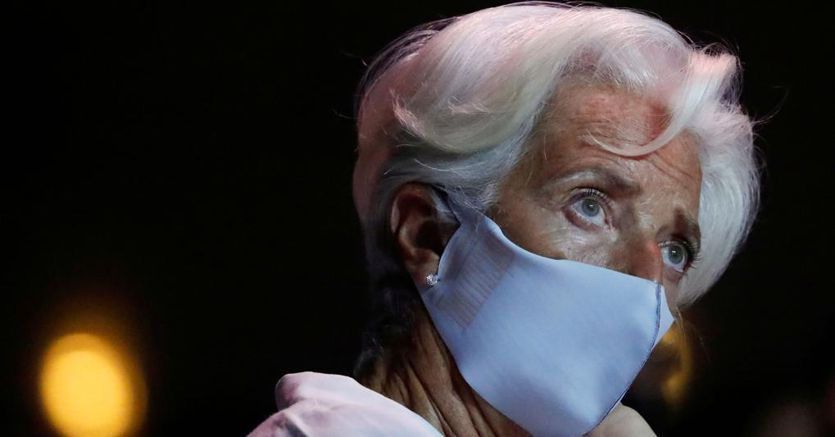 The European Central Bank slows down bond purchases. The financing conditions, which at this stage represent the compass of the monetary policy of the Eurozone, could be maintained at an appropriate “favorable” level, with a slower pace of net purchases of securities than that achieved in the second and third quarters, when – on the contrary – the ECB had deemed it necessary to accelerate them compared to the first quarter of 2021.

The decision, taken unanimously, was widely awaited by the markets. Above all, it is not a tapering program that would have sent the wrong message to investors. “We recalibrated the Pepp, as we did in December and then in March,” President Christine Lagarde explained at a press conference. The ECB, he added, is confident that financing conditions will remain at appropriate levels even with the new rhythms. The next steps were not discussed, he added, and will probably be examined together with the entire monetary policy strategy at the meeting on 16 December.

«The work is not finished», Lagarde warned in any case, referring obviously to the primary target of inflation; and this explains why a tapering has not been announced. Price pressures, beyond temporary factors, are only gradually increasing. The recovery was stronger than expected, but still requires a broad monetary and fiscal stimulus: it certainly did not allow the Eurozone economy to return to pre.crisis levels. Two million jobs are still missing – said Lagarde — The new staff projections, revised upwards only for 2021, indicate GDP growth of 5% this year, 4.6% next and 2.1% in 2023.

The dynamics of inflation therefore make it possible to maintain an ultra.expansive monetary policy. The acceleration in prices is purely temporary – Lagarde repeated on this occasion – and their dynamics will soon return subdued, just as long.term inflation expectations are far from the 2% target. Although revised upwards, the projections point to an average inflation of 2.2% this year, 1.7% in 2022, and 1.5% in 2023; while core inflation, which excludes energy and food, could be 1.3% this year, 1.4% in 2022 and 1.5% in 2022. The target is far away, even if the risks are balanced.

Furthermore, the ECB does not see, on the horizon, the feared “second round effects” that can derive from price increases linked to supply, such as the current ones, generated above all by bottlenecks in supplies. These are the repercussions of the increases on inflation expectations and therefore, above all, on wages and salaries; they can make these increases “more persistent and lasting”. However, the current price increases, Lagardi explained, “not necessarily” lead to these effects, while the wage negotiations report only “gradual and moderate” increases.