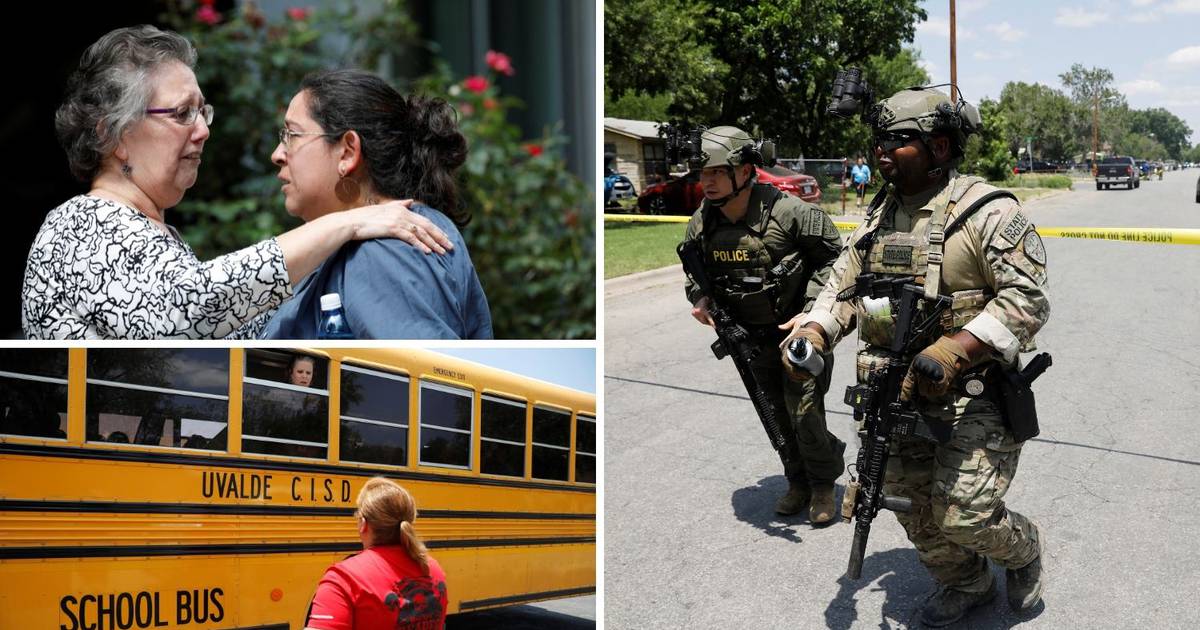 There are more and more questions about the police reaction to a mass shooting at an elementary school in Texas in which as many as 19 children and two teachers were killed. Director of the Public Security Department (DPS) Victor Escalon he said he was a killer Salvador Ramos (18) walked from his grandmother’s house, which he also shot, to the school, without interruption.

As he explained, Ramos shot his grandmother, and then got into the vehicle, which he later destroyed in the ditch in front of the school. He got out of the vehicle with a rifle and shot two people on the road. He then came in front of the school and shot at the building several times and entered the school. He was previously a former school principal for CNN Ross McGlothlin said that the front door is always locked, unless it is the end of classes, that is, if the children do not go home.

A DPS spokesman said police arrived four minutes after Ramos opened fire in front of the school. When they started firing at him, he fired back. Three police officers followed him to the school, and four went to the other entrance. They called in reinforcements, evacuated students and teachers from another part of the school, and began “negotiations” with the killer.

An hour later, Ramos was shot by representatives of the special team and killed.

– They kept him in the classroom. There is a great chance that Ramos would have killed more people if they had not done so – the DPS said. But they did not explain why it took so long to defeat the attacker.

‘Why did they wait so long to get into the classroom ?!’

The police chief tried to explain that Daniel Rodriguez. He said in a statement that two police officers had been shot but were out of danger.

– It is important that our community knows that the police officers reacted within a few minutes, as well as the security guards – he said, adding that the attacker barricaded himself in the classroom. All the victims of the shooting were inside with him.

– We’re still trying to figure out if the classroom was locked. If there was, there was some kind of obstacle, some kind of locking mechanism that did not allow the police to enter – he said.

But police are currently under heavy criticism for wasting time.

– It is completely unclear to me, I can not think of a reasonable answer why wait half an hour to an hour to get inside – said the expert Andrew McCabe for CNN.

“If it’s just a locked door, you don’t need half an hour to get inside,” he added.

Chief of Border Police Raúl Ortiz he said between 80 and 100 police officers arrived at the scene of the shooting.

– They did not hesitate, they had a plan. They entered the classroom and resolved the situation as quickly as they could, he said.

The father asked the police for a gun: ‘If you don’t want to, I’ll go inside!’

The long reaction and lack of communication with the public also caused great panic among parents whose children were in school at the time. There was chaos in front of the school, and one father even asked the police to give him a weapon and let him inside.

– I told a policeman that if they wouldn’t go inside, let them give me their gun and body armor and I would go inside myself. They told me he couldn’t – my father said. His son, fortunately, survived.

Angel Garza, the father of one of the murdered students, was among the first to enter the school because he was an ambulance employee. He took care of a girl who was covered in blood from head to toe. She had just seen her attacker kill her best friend – Amerie Joe Garza, Angel’s daughter.

– She died trying to save her classmates. She just wanted to save others, ”he said.