“Calls on plaintiffs to resign”: The rapist linked to the Madeleine McCann case breaks … 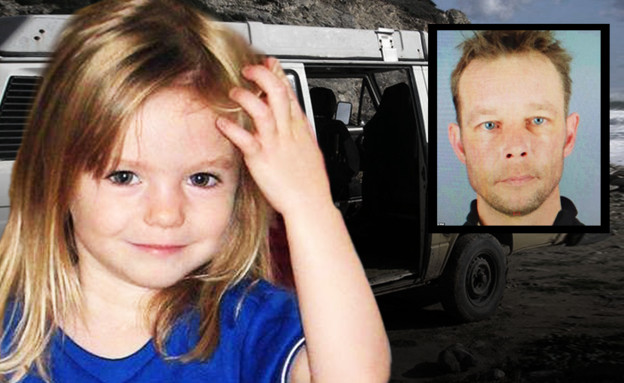 “Prosecutor launched a public campaign of defamation against me even before the trial even began”: For the first time since his name was linked to the disappearance of Madeleine McCann, the German rapist accused of involvement in the case is responding to allegations against him. In a letter sent to the media behind bars, Christian Bruckner described the investigation against him as a “scandal”, claimed that the prosecution team was ashamed of the German legal system and even called on them to resign.

Bruckner’s associates who published the letter noted that he added a cartoon of the two plaintiffs to the letter, sitting in a restaurant and ordering a “forensic fillet” dish – a sort of joke that the two have no evidence against him.

Bruckner is currently serving a prison sentence for raping an elderly woman, which he committed in 2005 in Praia de Luz, Portugal. Two years later, Madeleine McCann disappeared from the same resort village while she was there on vacation with her family and friends.

More than 14 years have passed since McCann’s disappearance and law enforcement received more than 8,000 reports from people who claimed to have seen her in more than 100 countries – including Portugal, Spain, Morocco, Britain, Mexico, Singapore and even Israel. In the absence of a breakthrough in the investigation into her disappearance, many believed that her parents may have been involved in the affair, that she was killed as a result of a fatal accident or that she was even abducted. Only in the summer of last year, investigators in Germany linked the affair to Bruckner.

“What happened to the presumption of innocence?”

Bruckner did not provide in his letter any alibi for the night of April 28, 2007, the night of the girl’s disappearance, or any other reference to the affair itself. An acquaintance of the convicted rapist commented on his remarks and said Bruckner was right about his criticism of the justice system.

“The letter is his way of saying he is tired of the treatment he receives from the public prosecutors,” the insider noted. “They marked him as the main suspect in the case, but did not indict him or present their evidence. For him, they should show what they have or leave him alone – and he is right. It is not fair how he is treated. What happened to the presumption of innocence?” .

Prosecutor Hans Christine Walters announced last year that he had enough evidence to convict the rapist of his actions. He added: “I think we have about 90% of the evidence. If he knows what it is, then feel free to try and change the story.” Prosecutors have also since announced they have evidence that McCann is dead – but were quick to back down.