In Chile, a student march ended in violence and a bus was set on fire 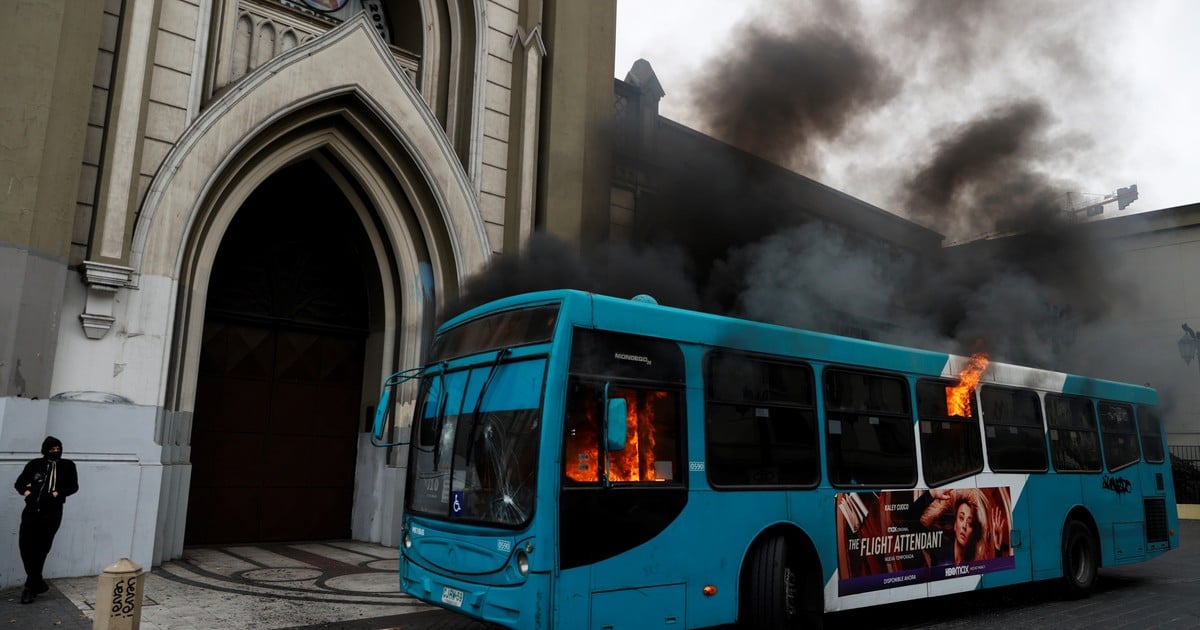 A march of high school students demanding improvements in Chile’s educational system, including an increase in food scholarships, the elimination of credit for higher education with state endorsement, and a public, free, non-sexist, and high-quality education, ended with violent incidents and a microphone fire in the heart of Santiago on Friday.

Approximately a thousand students gathered on Alameda Avenue, Santiago’s main thoroughfare, dressed in their school uniforms and backpacks, carrying large canvases with legends detailing complaints about Chile’s public education system, which has been the subject of criticism and protests in recent years.

“High school kids rise up in the face of bad nutrition and market education,” read one of the banners.

Pupils express dissatisfaction with the quality of public school infrastructure and bad nourishment.

The march, which was mostly peaceful, had one violent outburst when a group of hooded individuals stepped aside to halt a public transportation bus, forcibly removing the driver and passengers, breaking windows, and setting the bus on fire with Molotov cocktails.

While special forces struggled with some students, police used a squirt cannon to put out the vehicle fire.

It’s the third bus to catch fire this week as a result of student protests. The police apprehended two students, one of whom was remanded in detention, after one of them was burned.

In addition, several demonstrators tossed Molotov cocktails against the Carabineros military vehicles near the presidential house of La Moneda.

Secondary students in Chile are calling for changes in infrastructure and educational quality. EFE photo

“Subjects throw incendiary devices towards Public Order Control Personnel (COP) on Zenteno street with Alameda,” the Central Police Prefecture said on Twitter (the back of the government headquarters).

Later, in the commune of Estación Central, near the University of Santiago, fighting continued.

Some Metro stations were closed as a result of the accidents.

Roads were closed for the duration of the march and traffic was diverted from downtown avenues.

allegation that has been made several times

Since Boric, 36, assumed office on March 11, high school students have staged at least a dozen protests asking that the education system be improved.

Several weeks ago, groups of students from the city’s five most well-known high schools protested practically everyday, demanding remedies to their schools’ infrastructure difficulties. They had run-ins with the cops on a few times.

“Violence is not the way,” President Boric cautioned in late April. The former student leader assured then: “We have the doors open to deal with conflicts that we have inherited” and those who want to burn public transport vehicles or use violent means to defend their demands, “will have to respond to the law, as appropriate.”

The government has pledged to invest 10,000 million pesos (about $12 million) in infrastructure projects.

The requests of the students are reasonable, according to Education Minister Marco Antonio Vila, because “there is really an infrastructural deficit,” as identified in a ten-year census.

“These valid demands that we share,” he continued, “have a solution through conversation.”

AP, ANSA, and AFP were used as sources.