“No to women ministers, let them think about having children”. The closure of the Taliban 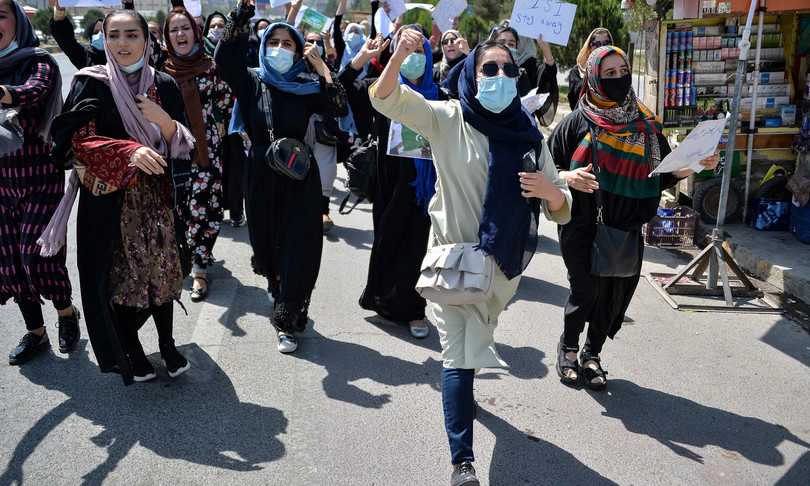 AGI – The Taliban reiterate that “a woman cannot be a minister”. “It’s like I’m putting something on her shoulders that she can’t handle. Women don’t need to be in the government, they have to have children“A spokesman for the ‘Koranic students’, Sayed Zekrullah Hashim, told the Tolo News broadcaster.” The women who protest “, he underlined referring to the recent demonstrations in several cities of Afghanistan,” do not represent all Afghan women “.

The inauguration ceremony of the new Afghan government will not be held tomorrow to coincide with the 20th anniversary of 9/11. Inamullah Samangani, a member of the Taliban Culture Committee, specified this in a tweet.

“The inauguration of the new Afghan government was canceled several days ago. To avoid confusion, the leadership of the Islamic Emirate announced the approval of a part of the government that has already started work. Rumors that the inauguration ceremony will take place tomorrow, 11 September, they are not true “, reads the tweet, taken from the Tass agency.

The complaints of the UN

Meanwhile in Afghanistan Taliban violence against demonstrators is on the rise: the UN human rights office said so, stating that the Taliban use firearms, sticks and whips. Speaking at a briefing in Geneva, office spokeswoman Ravina Shamdasani said there were “credible” reports that at least 4 people had been killed in protests in recent days.

Shamdasani, according to the BBC website, added that the Taliban also beat and arrested some demonstrators. Also according to the UN office, the violence of the Taliban against journalists covering the protests has also increased. “Rather than banning peaceful protests, the Taliban should cease the use of force and ensure freedom of expression and assembly,” the office underlined.

The UN Secretary-General’s Special Representative for Afghanistan, Deborah Lyons, called on the international community to maintain aid flows to Afghanistan, even though it is now run by the Taliban. warning that otherwise the country’s economy could collapse.

Without aid, Lyons warned when speaking to the UN Security Council, Afghanistan will experience a “severe economic recession that could push millions of people into poverty and hunger, and could create massive waves of migrants”. “We need to find a modus vivendi, and also quickly, that allows the arrival of economic aid to avoid a total collapse of the economy and social order”, he added.