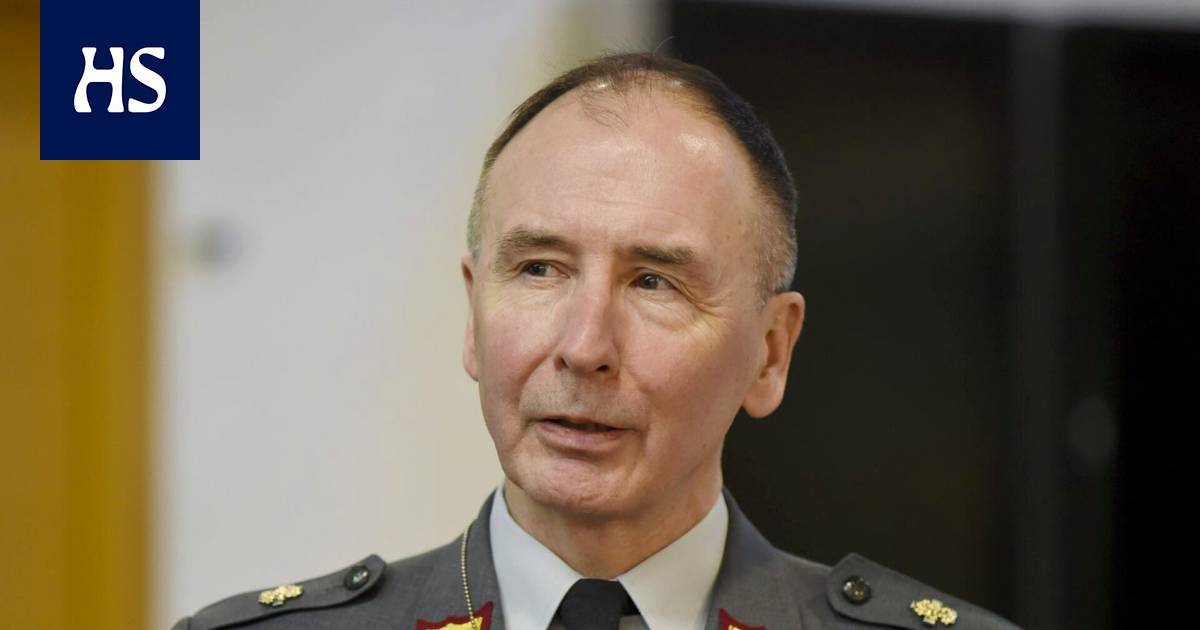 For a long time rocket launcher systems would play a major role in Ukraine’s defensive struggle against Russia. This is the assessment of the former intelligence chief of the General Staff of the Defense Forces, Major General evp. Pekka Toveri.

“Russia has achieved some success in Donbass in eastern Ukraine. This is based on the fact that they are no longer in mobile warfare and will not have a close fight with the Ukrainians, where the Russians are worse, ”says Toveri.

“Instead, Russia is bombing the stations of Ukrainians from a long distance with its own artillery. Rail connections [Venäjältä] are okay and they get ammunition transported [rintamalle]so that they can massacre the Ukrainians. ”

The American newspaper The New York Times news on Friday that the United States would be sending long-range MLRS rocket launchers to Ukraine next week. U.S. Department of Defense spokesman John Kirby refused to confirm to the newspaper that a decision had already been made.

Among other things President of Ukraine Volodymyr Zelenskyi has in recent weeks requested that heavy M270 MLRS rocket launchers be sent to the country. In Ukraine, they have even been considered crucial to the war.

The comrade is on the same lines.

“For example [venäläisen] the artillery battery could then be paralyzed with one or two rockets, depending on the ammunition. It would have a significant impact on the ability of the Russians to bombard the Ukrainians from afar, ”says Toveri.

“So far, the Russians have been able to move forward a little at a time by shooting off the defensive positions of the Ukrainians from a distance. In Ukraine’s use of MLRS missile launchers would deprive the Russians of these conditions. “

Made in the USA the systems are capable of firing rockets up to 300 kilometers, far beyond the current systems in Ukraine, which, according to Tover, carry about 40 kilometers.

However, the range of the MLRS depends on the ammunition used. Politico online magazine according to him, the United States would not give Ukraine the longest range of ammunition, but rockets with a range of about 30 to 70 kilometers.

Even if Ukraine gets ammunition with a range of more than a hundred kilometers, for example, the challenge will be the ability to hit the target.

“These systems are just as good as the ability to paint. You have to have ‘eyes’ in the depths: if you want to shoot a hundred miles away, you have to have your eyes there to see what you’re shooting, ”Toveri describes.

“The support of the West is definitely needed so that the Ukrainians can continue to paint.”

Until now, the US administration has been reluctant to send MLRS-level heavy weapons to Ukraine precisely because of the long range. Ukraine could use the system to carry out strategic attacks on Russia. This, in turn, could be seen by Russia as a provocation that would justify retaliation against the United States.

Movable The MLRS system can fire up to 12 guided missiles in less than a minute and then quickly switch locations before enemy artillery can figure out its location. According to Politico, mobility would play a major role in the battles in Donbas, which have developed into a long-range artillery battle.

According to a comrade, rocket launcher systems would also be significantly more efficient than the artillery currently in use in Ukraine.

“In addition to the shorter range, the current artillery in Ukraine has to fire quite a few grenades before the desired effect can be achieved,” says Toveri.

“A rocket launcher, on the other hand, can be used to fire six rockets from a certain position on a wheeled platform and paralyze a Russian artillery force. So one vehicle makes a lot more impact much faster. ”

According to the comrade, this would also force the Russians to move, as they would be forced to start dispersing their artillery if there was a threat that Ukraine could respond to the firing from a distance.

“Russia should start engaging in more mobile fire station operations. It would significantly slow down and weaken their ability to influence Ukrainians, ”says Toveri.

According to a comrade, rocket launcher systems would be significantly more efficient than the artillery currently in use in Ukraine.

Comrade according to the West, weapons aid has so far played a crucial role in Ukraine’s defense against Russian invasion. Admittedly, the anti-tank weapons of the early stages of the war should gradually move towards more robust equipment, Toveri ponders.

“Ukraine would need artillery and rocket launchers to eat Russian artillery supremacy. Then they would need anti-aircraft equipment to prevent the Russian Air Force from operating, ”he says.

“After that, they would need heavy armor equipment with which to launch a counterattack and throw the Russians out of their own territories. The Russians will not leave there except by force. ”