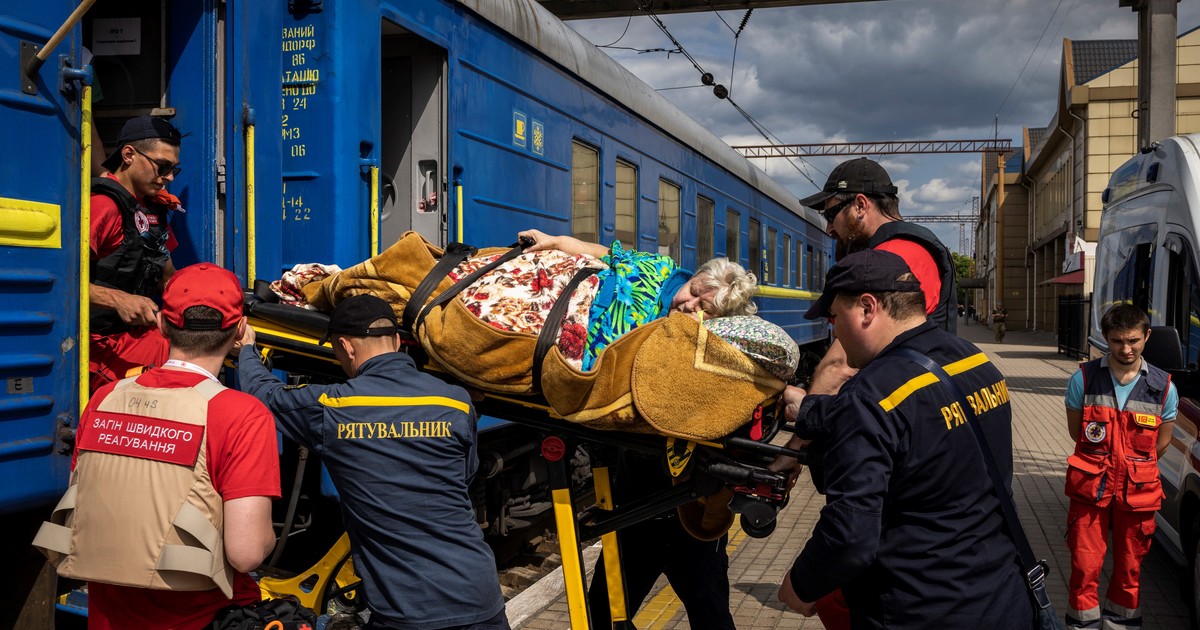 The European Union agreed Monday to ban most imports of Russian oil, the harshest economic penalty ever imposed on Russia for its invasion of Ukraine and potentially Europe’s own biggest sacrifice.

The agreement is the most recent and far-reaching demonstration that during more than three months of war, in reaction to the increasing Russian aggression and atrocities European leaders have been willing to take measures they considered too extreme when the invasion began.

After weeks of intense disputes, EU leaders meeting in Brussels supported an embargo on Russian oil delivered by tankers, the main method, with commitments to reduce pipeline imports according to a draft agreement seen by The New York Times.

The agreement was announced in a nightly tweet by Charles Michel, president of the European Council, although many details remain to be clarified.

The backup came as a multi-pronged Kremlin assault closed in on the easternmost Ukrainian-controlled city of Sievierodonetsk.

Russian forces continued their pattern of shelling cities and towns, including civil areas, reducing them to unpopulated wastelands before attempting to take control.

At the same time, the Ukrainian army mounted a counteroffensive to retake the strategic southern city of Kherson.

And a car bomb in another Russian-controlled city, Melitopol, hinted at the kind of fierce resistance the occupiers may face.

President Vladimir Putin’s war machine is financed by Russia’s sales of crude and refined oil and natural gas, which account for the bulk of the country’s export earnings, raised mainly by state-controlled energy companies.

With the war driving up prices, EU countries alone have been paying $23 billion a month for Russian oil.

Analysts say Russia, which offers discounts compared to prices on world markets, will still find some buyers for its oil, but sales volume and profits are likely to drop significantly once the embargo takes effect.

the 27% of crude oil imported into the EU comes from Russiaand as EU countries scramble to find alternatives, officials have warned that the financial cost to them will be high.

Other sources are expected to be more expensive, if they can be arranged; oil and gas shortages are a real possibility.

The debate over an oil embargo has also exposed the potential vulnerability of the European bloc, just as the requests by Sweden and Finland to join NATO have exposed fractures within that alliance.

The diplomats express confidence that such differences can be resolved, but recall that the unity that the United States and its allies have so far shown in opposing Russia is not guaranteed.

The strong man leader of Hungary, Viktor Orban, whose country depends more than Western Europe on Russian energy, had delayed any agreement on an oil embargo, calling it an “atomic bomb” for the Hungarian economy.

The dispute illustrates how the EU’s practice of requiring unanimity among 27 member states for major decisions can become a weakness, especially if Orban, who is on friendly terms with Putin, is asked to take additional steps to isolate Russia.

The limited embargo that European leaders approved was designed to win Orban’s support.

Arriving at the EU summit on Monday, Orban said of the pipeline exemption:

Slovakia, the Czech Republic and Germany, which also receive Russian oil by pipeline, were expected to commit to abandoning that source;

Hungary is not expected to provide such security.

In NATO, which also operates by consensus, Turkey has blocked the admission of Finland and Sweden, which have been alarmed enough by Russia’s war against Ukraine to abandon their longstanding neutrality.

Western diplomats predict that President Recep Tayyip Erdogan Turkey, which has been as contentious a NATO partner as Orban has been to the EU, will get concessions from allies but will eventually agree.

In the battlefields of the eastern Donbas region, where Russia is focused on taking more territory, the heaviest fighting is taking place around the adjacent battered cities of Sievierodonetsk and Lysychansk, among the most important remaining pockets of Ukrainian control.

After weeks of shelling, Russian forces forced their way into “the northeastern and southeastern outskirts” of Sievierodonetsk, Ukraine’s Defense Ministry said in a statement, adding that Russia had funneled even more war material from Russia to the Donbas. .

He added: “The Russian invaders bombarded the entire front line, trying to hit our deep defensive positions with artillery fire.”

Amid reports of Russian war crimes against civilians, Ukraine’s Deputy Prime Minister Iryna Vereshchuk called on residents of the Russian-occupied territory to run away as they can to areas controlled by Ukraine, as millions have already done.

It’s difficult and dangerous, he admitted, but “ultimately it’s a matter of your safety and that of your children.”

A French journalist was killed near Lysychansk on Monday when a shell exploded near the evacuation bus he was traveling in, according to Ukrainian and French officials, and his employer, the BFM TV news channel. Journalist, Frederic Leclerc-Imhoff, he suffered a fatal shrapnel wound to the neck, said Serhiy Haidai, the Ukrainian governor of the Luhansk region, who said the projectile was fired by Russian forces.

at least others seven journalists have been killed while covering the conflict, according to Reporters Without Borders.

The sheer weight of Russia’s military and the brutality of its tactics have produced territorial gains in the east, but it has suffered heavy losses, and Western analysts say it is running out of available resources.

“Russia is likely to have suffered devastating losses among its junior and mid-ranking officers,” Britain’s Ministry of Defense said in its latest intelligence update released on Monday.

The battalions the Russians are cobbling together “from multi-unit survivors are likely to be less effective.”

Hoping to disperse Russian forces thinner than they already are, Ukraine launched a counteroffensive over the weekend more than 300 miles from Sievierodonetsk, with the goal of retaking Kherson, a strategic port in the lower reaches of the Dnipro River in south-central Ukraine.

It was the first major city to fall to the Russians, less than a week after the invasion.

“The Ukrainian counterattack does not seem likely to recapture substantial territory anytime soon,” the Institute for the Study of War in Washington said in an assessment published Sunday, but it will disrupt Russian operations in the south, “and potentially force Russia to deploy reinforcements in the Kherson region, which is predominantly in the hands of inferior units.”

In Melitopol, the Kremlin-appointed regional administration said a car bomb had injured two aid workers, calling it “a terrorist attack aimed at destabilizing the peaceful life of the city.”

People have protested the occupation in Melitopol, where Russian forces have kidnapped local officials and replaced them.

Ivan Fyodorov, the mayor of Melitopol, who was kidnapped by Russian forces and later returned to Ukraine in a prisoner exchange, said he did not know who was responsible for the bombing but predicted that “the earth will burn” in Melitopol until the Russians leave the city.

Russian forces have held on to most of the areas they conquered in the south earlier in the war.

But a group of fighters held out for weeks at a steel complex in the southern city of Mariupol, tying down major Russian forces before the survivors surrendered this month.

And in the first weeks of the war, Russian offensives in the north targeting Kyiv, the capital, and Kharkiv, the second-largest city, bogged down hopelessly.

Moscow gave up those campaigns, at least temporarily, to focus on Donbas, and the Ukrainians have retaken some of the lost territory.

The failure of those offensives and the resistance at Mariupol contributed to a shift in Russian tactics to a slower, more grueling approach, with little apparent concern for civilian casualties or physical destruction.

“They don’t care how many lives they have to pay for.”