Argentine president made “borisjohnsons” and tarnished his reputation with corona birthdays, then he avoided charges with money 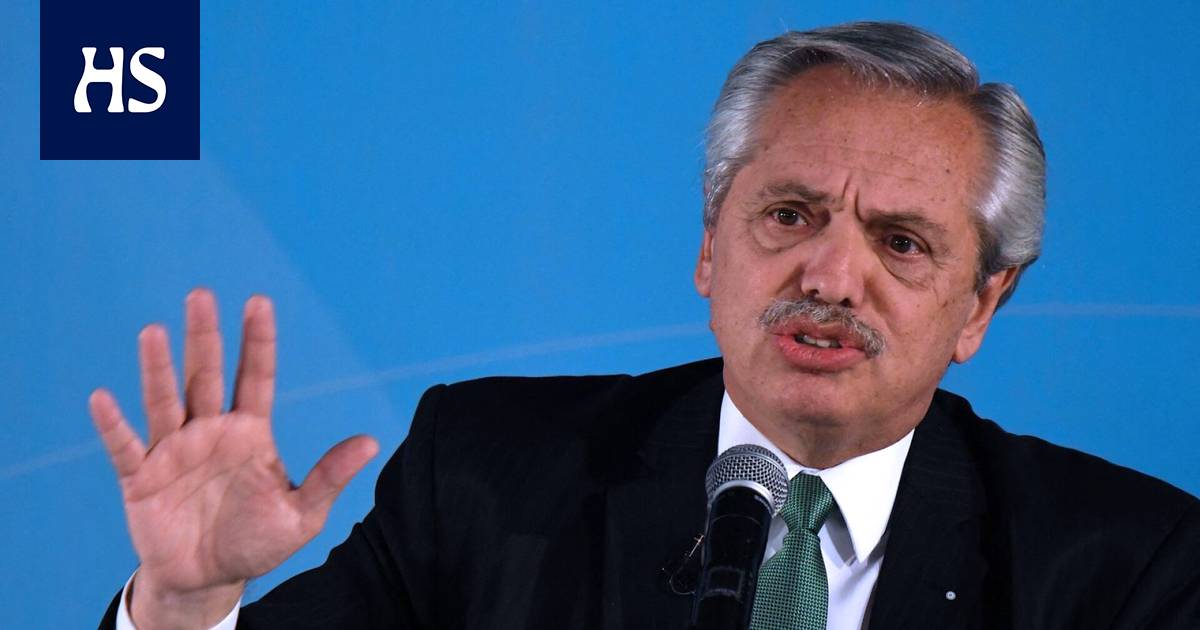 The Argentine presidential couple avoided the lawsuit by “donating” more than € 23,000 to a vaccine study.

Bilekohu Behind the Atlantic is like a copy of what Europe is watching.

The head of the country attended the birthday party of a larger party at his official residence with his spouse, despite the strict ban on gatherings imposed by his own administration to prevent the spread of the coronavirus.

The more familiar: in Britain, the Prime Minister Boris Johnson and his wife Carrie Johnson were each fined £ 50, or about € 60, in April for attending the prime minister’s own 56th anniversary in June 2020.

It’s overseas: in Argentina, the president Alberto Fernandez and his wife Fabiola Yanez survived in principle less because they were not technically convicted, but the uproar became much more expensive for them. They avoided criminal charges by agreeing last week to donate a total of three million pesos, or more than € 23,000, to vaccine research.

Argentina the federal judge blessed the arrangement agreed with the prosecutor. The donation amount was determined on the basis that it was calculated to correspond symbolically to the total price of the purchase and intensive care of the ventilator.

It was Yáñez’s 39th anniversary in July 2020. Like Johnson, the uproar began last year after the celebration came to light. In Argentina, a picture of a smiling presidential couple posing for the camera at a table with ten guests spread in public. At that time, Buenos Aires was not even allowed to gather for a funeral.

Newspaper El País by Fernández first denied it happened, then blamed his wife for the party and finally apologized. In court, he tried to get the charges dropped on the grounds that no one at the party was reportedly infected.

Other participants in the birthday party are now negotiating a similar compensation procedure.

Left Fernández63, represents the traditional Argentine peronist movement moderate wing. The vast majority of Argentines have turned against him.

The deterioration of Fernández’s reputation has tended to elevate an exceptionally carnival populist to next year’s presidential race. Javier Milein51, who fights against the privileges of the elite.

Known as an economist, Milei describes herself as an “anarchocapitalist” and wants the state to play as small a role in society as possible.

He was elected to the lower house of the Argentine Congress last November. Fernández’s party, on the other hand, lost the congressional election after the party was already in full swing.

Milei promised to draw her MP’s monthly salary, equivalent to about 2,800 euros, among the citizens. About 2.4 million of the 45 million Argentines have registered for the lottery, which is held every month.