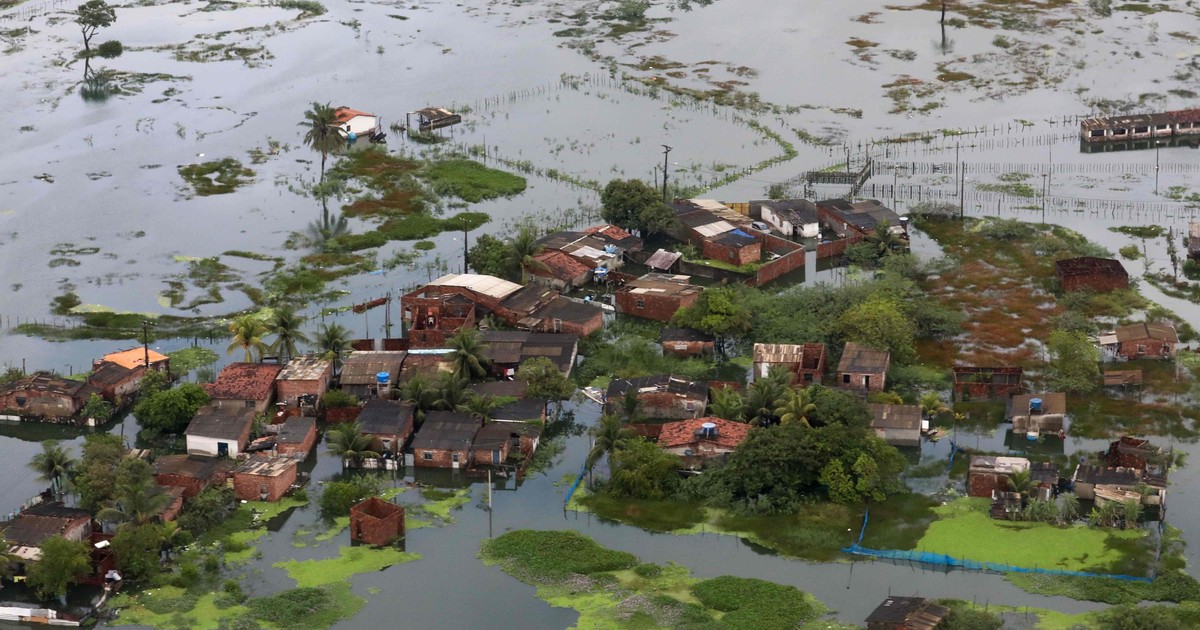 The number of videos circulating on social networks continues to grow. In one of them, a young woman films, through a window, the hill behind her house when an avalanche swallows the houses located a few meters away, in the city of Recife, in the northeast of Brazil. Desperate, she screams her, without leaving the place, while at least three houses disappear under the mud in a few seconds.

The death toll after the torrential rains of recent days in that region rose to 100reported this Tuesday the local authorities, who continue to search for 14 missing persons, amid the desolation and desperation of the inhabitants.

“There are 100 confirmed deaths in the state of Pernambuco due to landslides and rains recorded since last Wednesday” and there are 14 “identified” missing persons, the Secretary of Social Defense of the Pernambuco government reported in a statement.

With the help of “detector dogs and aircraft,” more than 400 firefighters continued to search for the missing, most of them buried under the mud that swept through entire neighborhoods in the metropolitan region of Recife, the capital of that state.

Residents of a neighborhood in Recife look at the destruction left by the violent rains. Photo: REUTERS

Several neighbors, in neighborhoods located in flatter areas, immortalize in videos recorded from their balconies the moment its streets turn into rivers that drag cars and everything in their path.

In some images, you can see men and women with water up to their knees or waists, trying to cross the streets.

Visit by the president

The images are not unprecedented, as Brazilian President Jair Bolsonaro recalled, who toured the area on Monday.

“We had similar problems in Petrópolis, the south of Bahia and the north of Minas. I was also in Acre last year. Unfortunately, these catastrophes happen, a continental country has its problems,” said the head of state.

“Obviously, we are sad, we express our pain to the relatives. The main objective is to comfort the relatives and help the population with material means,” he added.

Firefighters and soldiers carry away the body of a person killed by the floods, in Recife, Brazil, on Tuesday. Photo: AP

Bolsonaro flew over the area affected by torrential rains on Monday afternoon. The head of state said that he could not land in the region for security reasons.

“I also tried to land, but the pilots’ recommendation was that, given the inconsistency of the terrain, we could have an incident. So we decided not to land,” Bolsonaro said at a press conference with a delegation of ministers in Recife.

The catastrophe has great repercussion in the international press, which broadcasts images from the air and of rescue teams looking for survivors.

At least 24 municipalities in the state declared an emergency situation due to the damage, which left more than 6,000 homeless or displaced people and extensive damage to infrastructure.

The rains started in the middle of last week, but intensified over the weekend.

The forecast is that the rains will reduce their intensity, but will continue during the week, which hinders the work of rescuing corpses and of belongings that people want to remove from the rubble and mud, but because of the imminent risk of new landslides they have been prevented from doing so.