Europe boycotts Russian oil: The implications for the dramatic move 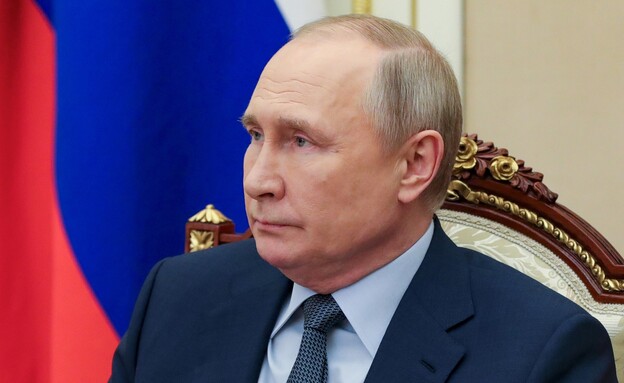 The EU boycott of Russian oil decided on this morning (Tuesday) in Brussels is the sharpest step taken against Russian aggression for more than three months since the outbreak of war. As sharp as it may be, it too will probably not stop the war.The way to obtain the required consent was not easy. After weeks of debate, union leaders have approved the embargo on Russian oil in containers, the main method of transporting exported oil, while pledging to also reduce the import of gas flowing through pipelines. The agreement was first announced by Charles Michel, President of the European Council, in a tweet – but many details about her case are still unclear..

Agreement to ban export of Russian oil to the EU.

This immediately covers more than 2/3 of oil imports from Russia, cutting a huge source of financing for its war machine.

Maximum pressure on Russia to end the war.

How much the boycott can affect the war?

Russia is financing the war in Ukraine from the revenues it receives from the sale of crude oil, refined oil and natural gas, which are the bulk of Russia’s exports. Most of the revenue from it is transferred to the state coffers thanks to the activities of state energy companies. This means that despite Russia’s dependence on the energy sector, stopping imports of crude oil from Europe’s direction is not a hard enough blow.

In Europe, they rely on Russian fuel, but it should be understood that most of the Union’s energy imports from Russia are gas, “explains Dr. Guy Laron, a senior lecturer in the Department of International Relations at the Hebrew University. “Although this is a move that the Europeans have gone so far, it is still not the most dramatic move of all the EU moves so far, at least not in terms of the impact on Putin’s ability to continue the war. It should be understood that Europe relies mainly on gas, To rely on it as a transitional energy, greener than oil. ”

On the one hand, the EU countries are responsible for a revenue of $ 23 billion to Russia – every month, for crude oil, and hence the decided boycott will harm Russia and its economy. Analysts around the world estimate that thanks to the discounts that Russia will offer on exporting its energy sources, it will still be able to find international sources to buy oil and gas from; But analysts also expect a significant drop in both sales and revenue once the embargo takes effect.

On the other hand, as Ron points out, much of the revenue to Russia continues to flow from Europe, for the gas, which also flows in the opposite direction. This revenue is estimated at about $ 390 million daily.

What about Europe itself?

European countries rely heavily on the fuels that come from Russia. Crude oil, which has been banned from importing, accounts for 27% of all crude oil imports to Europe. The economic price, senior officials say, will be high; Among other things due to the rise in prices of other energy sources such as gas.

But Dr. Laron describes that as much as the union wants to break away from dependence on Russian gas, it is not a step that can be implemented in a short period of several months. “Gas needs infrastructure, much more than oil needs. This is because it has other features. It requires pipes and long-term relations for the countries. If the gas is liquefied, it requires an even more complex infrastructure. In the case of Europe, such as the Persian Gulf states and the United States, “there is still no such significant infrastructure.”

In any case, even before the boycott takes effect, it can be said that the move will have real consequences for Russia (even if not yet for the course of the war itself), but no less so – for Europe as well. The disconnection from Russian energy intensifies the fear of scarcity, and of the exacerbation of the energy crisis. It is not for nothing that Europeans have turned directly to countries that may be alternative exporters to its energy sources – including Israel.