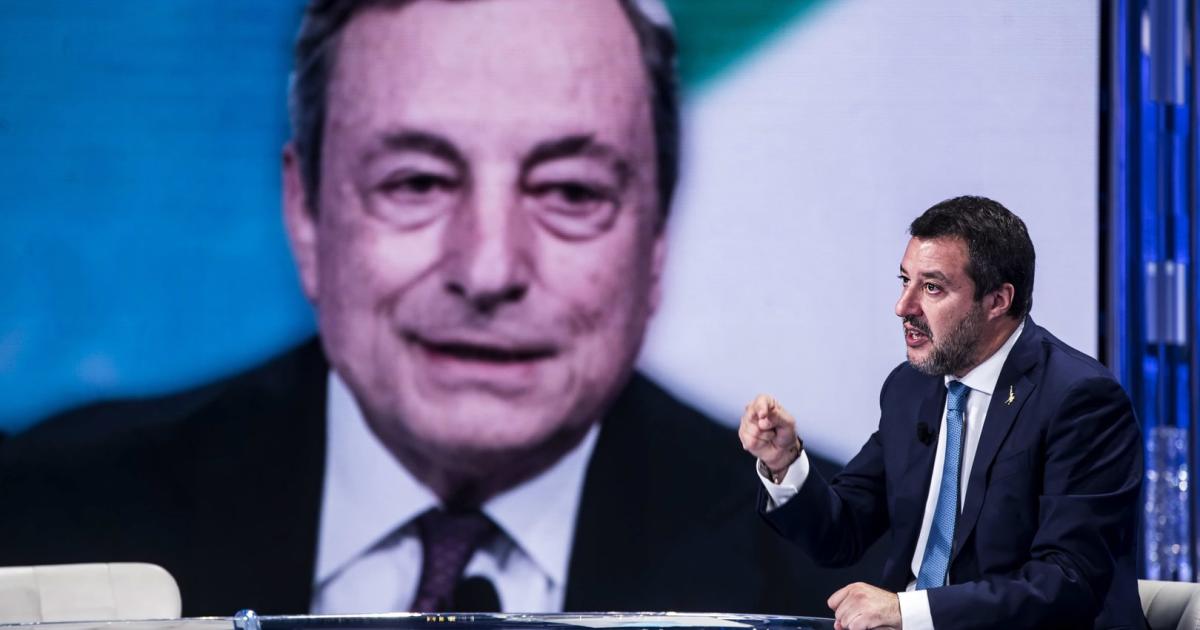 Italian Prime Minister Mario Draghi is not to be envied at the moment. In the country he has to present reforms by the end of the month so that Italy can receive 21 billion euros in aid from the EU Corona reconstruction fund “Next Generation”.

And when it came to the Ukraine problem, his coalition partner drove him into the parade: Lega boss Matteo Salvini, like many European right-wing populists so far very pro-Russia, had announced that he wanted to fly to Moscow – to present Kremlin chief Vladimir Putin with a four-stage peace plan. The indignation was great, also in Salvini’s own party – he had to withdraw.

Most were unaware of the plan that Salvini worked out with his new foreign policy adviser, Antonio Capuano, a former MP for Silvio Berlusconi’s Forza Italia.

Mario Draghi was also not in the know, leading commentators to question Italy’s international credibility.

“Only Draghi’s sense of responsibility pushes him to keep going”

The prime minister himself must have been desperate – if one can believe the statements of the otherwise very taciturn economics minister Giancarlo Giorgetti, actually one of Salvini’s party colleagues: “There is indeed a certain political despondency. Only Draghi’s sense of responsibility pushes him to keep going.”

The head of department had previously made people sit up and take notice by saying that Draghi’s patience was at an end – the second most important Lega politician was referring to Salvini’s planned trip to Moscow, but also to the blockade of reforms.

This is also due to the upcoming elections: On June 16, numerous communities and their leadership will be up for debate – and next year the national parliament in Rome will be re-elected.

The competition reform was particularly heatedly debated, which is why Draghi threatened to link it to a vote of confidence. It is also about the beach concessions. Now they have finally reached a basic agreement. A member of parliament had previously threatened ex-Prime Minister Berlusconi: “No foreign concession operator will come to our beaches.” Andrea Affaticati, Rome