The cable car disaster in Italy: suspicion that Eitan Biran was abducted by his family — 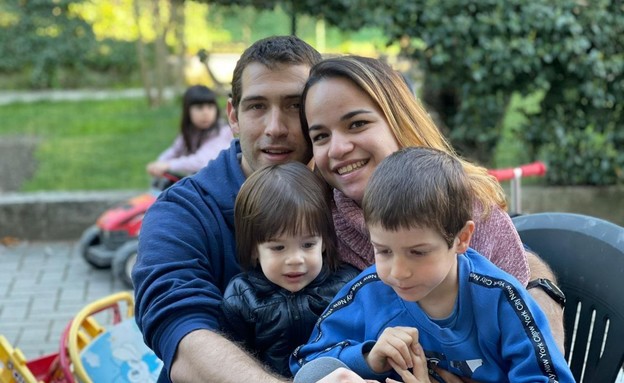 Another turnaround in the custody dispute over the sole survivor of the cable car disaster in Italy: Relatives in Italy of 5.year.old Eitan Biran, whose parents and brothers and grandparents were killed in a disaster in May, have stated that he was abducted by his grandfather. Last night (Saturday) it became clear that the boy was flown to Israel, without the approval of his family in Italy. Until now, the Peleg family refuses to comment on the Biran family’s claim that Eitan was abducted by his grandfather to Israel.

The N12 has learned that the Biran family in Italy, which is in a struggle with the Peleg family in Israel, allowed the grandfather to meet his grandson. After hours of disconnection, they received a message: “Ethan has come home.” They soon filed a complaint of abduction, and learned that Eitan was staying in Israel – apparently thanks to the Israeli passport, which the family in Israel was supposed to return according to a court decision in Italy.

A close friend of Aya Biran (Eitan’s aunt) told N12 about the chain of details: “This morning the grandfather came to visit and meet with Eitan, a visit that was agreed and agreed upon in advance.“

He added: “The grandfather was supposed to return Eitan to Aya around 6:30 PM, which did not happen. The grandfather severed contact with Aya. After a few hours, it became clear that without Eitan’s permission he was flown to Israel.” According to him, Aya Biran is currently working with the Italian authorities – because she has been Eitan’s guardian since the disaster.

It was recently reported in Italy that Eitan’s family had enrolled him in a Catholic school. The Italian newspaper “La Stampa” reported a month ago that due to the improvement in his condition Eitan enrolled in a school in the city of Fabia, run by nuns – a school to which Aya Biran’s children are also enrolled. “We welcome him to us,” the school said.

The nun who runs the school recently said that the father’s hug saved Eitan. “I remember how Tal, the mother, gave the child all the love he needed, now we give him the hug and love to make up for his loss, everyone loves him and supports him.“

Ethan remained the only descendant of his family who perished, was in the custody of his aunt Aya, his father’s sister, who lives in Italy. However, in Israel he has a family that is waging a struggle aimed at returning him to Israel – to his mother’s sister. According to the family of Eitan’s mother, this is nothing short of a snatch.

“When Eitan was hospitalized, Aya approached Tal’s father and told him that it was necessary to appoint a guardian immediately,” explained Ron Perry, Tal’s brother.in.law. Temporarily”.

On the other hand, Gali Peleg, Eitan’s aunt, announced that she and her husband Ron had begun legal proceedings to adopt Eitan. Gali is the sister of the late mother Tal Biran and she is waging her fight against Aya, the sister of the late father Amit, who lives in Italy and with whom Eitan was in her custody.

When Gali announced her intention to adopt Eitan, she said at a press conference: “This child is currently thinking that we do not want to be with him, that he did something wrong,” adding a direct address to Eitan: “Our beloved Eitan did not give up on you and we will not give up on you. “A miracle not only for your parents but also for us. As far as Aya is concerned, we will not be interested in this money.“

Participated in the preparation of the article: Gilad Shlamor