The Battle of Nice, a life against female genital mutilation 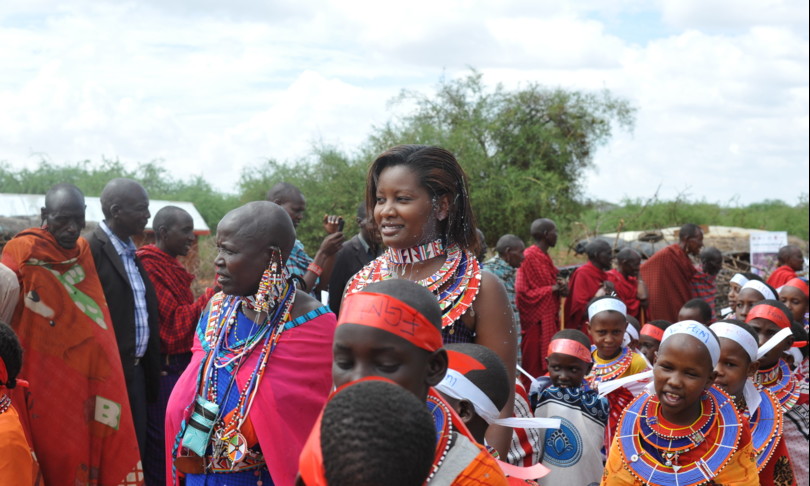 – The battle of a lifetime against genital mutilation. A Masai woman, Nice Nailantei Leng’ete has always struggled, since the age of 9 – now 30 – to restore dignity to African girls– “A fight against indifference”, as he says. Nice, an operator of Amref Health Africa, was born into a tribe of shepherds and grew up in a rural village at the foot of Mount Kilimanjaro.

At the age of 9 she fled, she said no with courage to her aunt who wanted to subject her to genital mutilation, as is traditional in the Masai people. She has a kind face, and an ever.ready smile, but the pride of her people shines through in the firmness with which she carries on her struggle, so that all African girls and girls can become women without unnecessary suffering. A story, a life that has now become a book. For Piemme types, Nice has published “Blood, the story of the Masai girl who fights against infibulation” (€ 18.90), which from Tuesday 14 September will be in all Italian bookstores–

At least 200 million women and girls worldwide have undergone genital mutilation, and 44 million of them are under the age of 14– This is a widespread phenomenon mainly in Africa, but which also involves Asia and Europe. There are 29 African countries where young women undergo these practices. In some states of the Horn of Africa, Djibouti, Somalia and Eritrea, but also in Egypt and Guinea the incidence of the phenomenon remains very high, reaching 90% of the female population. Mutilations are mainly practiced on girls between 4 and 14 years old, but in some countries also on girls less than one year old as in 44% of cases in Eritrea and in 29% of cases in Mali.

The rite of mutilation in Kenya, the town of Nice, concerns girls between the ages of 9 and 12 and marks the transition from puberty to adulthood– The moment when the young woman can be given in marriage, promised to someone she does not know, often an adult who could be her father. Nice said no to all this, he fought day after day, every day, to make his people understand the barbarism of this practice that takes away all dignity and all hope from the young Masai girls. She didn’t stop for a moment until she managed to introduce an alternative rite into her community, which preserves the tradition but bans mutilation. A ritual accepted by the elders and the Moran, the young Masai warriors.

The first time I met Nice during an alternative ritual, not very far from his village. And with her there were 200 girls and boys who were preparing to become women by celebrating a party, and not indulging in barbarism. The alternative ritual takes place over three days during the closing period of the schools. The girls, between the ages of 9 and 12, participate in sexual and health education meetings during these days: they talk and discuss about the themes of sexuality and female health.

In the evening, before the final day of the rite, a ceremony takes place during which the girls share what they have learned during the meetings. There is also the lighting of a candle which represents the light of education and it is the older women who pass the flame to the younger ones. Eventually, the light is turned off to represent victory over brutality. But the young women are also shown videos of genital mutilation. I have not been able to look at them.

The following day, inside a manyatta, a typical Masai settlement, the village elders wait for the girls dressed in their traditional colorful clothes. Upon their entry, they are “blessed” by the elders with milk contained in an empty gourd. Then the party continues with traditional songs and a small theatrical show against mutilations.

A ritual that has saved more than 15,000 girls from mutilation. Young women who were able to pursue a dream, who were not forced to drop out of school because they were destined for marriage.

Nice continues its fight in Kenya, but has also become an ambassador to the world against these brutal practices– In 2018, the weekly Time included her among the 100 most influential women in the world. But the most important thing is that Nice managed to scratch a tradition, an ancestral culture, to be respected by the men of her people, so much so that the young Moran warriors gave her the staff of command.