Oil or the environment? The Norwegian paradox in the test of the vote 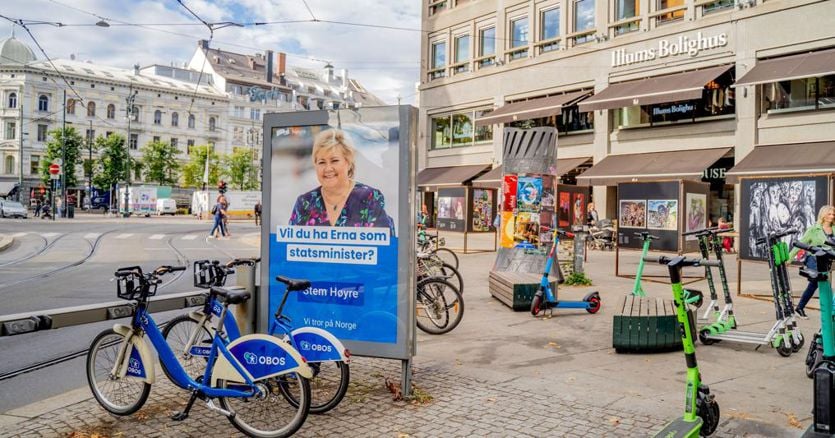 Apart from the sovereign fund, gas and oil represent 42% of Norwegian exports and employ 160,000 people, 6% of the employed.

The major parties are well aware of this, none of which seem willing to slam the door in the face of the industry that has represented and still represents the national Eldorado, for example by banning drilling in the Arctic in search of new fields or setting a deadline for oil production. As neighboring Denmark has already done (2050) or as Oslo was invited to do, already in the spring of last year, by the UN special rapporteur on human rights and the environment, David Boyd: «Norway – this ‘exhortation – should ban further exploration for the production of fossil fuels, refuse further expansion of related infrastructure, prepare a just transition for workers and communities dependent on the fossil fuel industry ”.

The position of the parties and the UN alarm

However, the Conservative Party of Prime Minister Erna Solberg, who today chases in the polls (around 20.21%), is only available for a “gradual” transition to green industry; Nor is Jonas Gahr Støre’s Labor Party ready to do so, with an advantage in voting intentions (23.24%). The green transition – the probable next prime minister said in a recent televised debate – will take time and precisely the proceeds from oil will be able to finance the renewables industry. A too sudden change of course, this is the conclusion, would instead risk compromising those investments.

Last month, the sixth report of the IPCC, the UN intergovernmental panel on climate change, made more heated what was already the central theme of the Norwegian electoral campaign: global warming out of control, increasingly extreme phenomena, a real and its own “red code” for humanity, as the Secretary General of the United Nations Antonio Guterres defined it.

The new alarm has given a boost in the polls to the most determined parties to ask for a change on fossil fuels: the Greens, who are asking for an immediate stop to oil exploration and production by 2035 and hope to achieve the best result ever, thanks to the young people and the vote of the cities (they are attested around 5% in the latest polls, therefore beyond the threshold of 4%), but also the Liberals and, above all, the Socialist Left (9.10%), a possible partner in government of Labor.