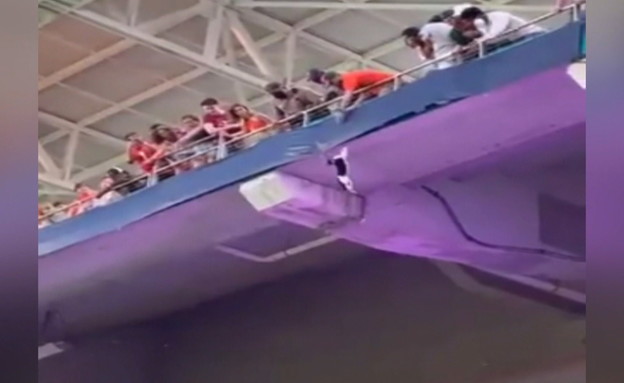 Corona.stricken Florida is celebrating as if there is no tomorrow, the sports halls and stadiums are full and yet, an unexpected event that was not expected occurred in one of the mass football games. For a moment, while playing football in front of thousands of spectators, a cat was seen in a life.threatening condition for him – he was about to fall from the top podium and hung on to it as if he had no 9 souls.

The fans in the stadium recovered and began actions to save the cat. They deployed the American flag to the cat to catch it, and after a few seconds that seemed like an eternity, the cat was caught in the flag and the fall was stopped.

The crowd cheered, and immediately afterwards one of the fans showed it off, similar to Simba at the top of the cliff. The fan who brought the flag said that he brings the flag in every game, and this time it was used in an emergency.