Draghi shoots straight on the green pass. Work is being done to extend it to all workers 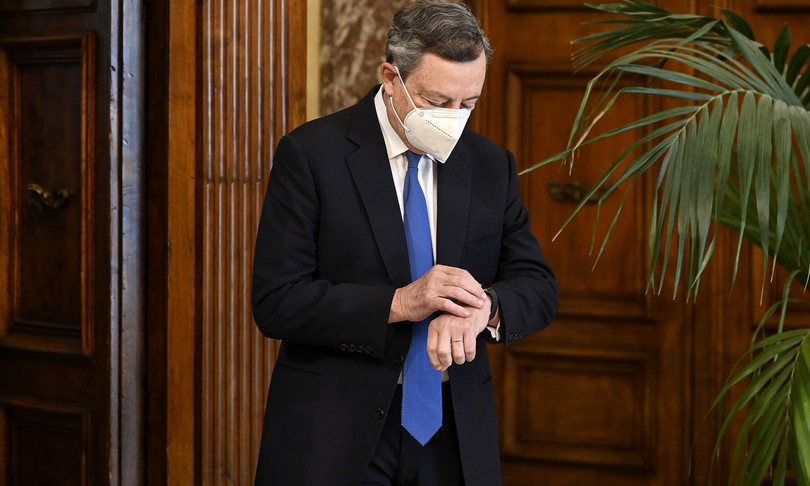 The debate between political forces and in the League is on the extension of the green pass. The government is seriously considering extending the health passport to all workers but a new confrontation with the social partners may be necessary and the technical.legal obstacles on the table, as well as political ones, should be overcome, given Salvini’s resistance, which believes that a limited use of the tool. For this reason it is not excluded that the ‘tout court’ extension of the green pass may take place gradually. A first step on Thursday in the Council of Ministers after the call of the control room, a second in a meeting next week, after dialogue with the trade unions.

In any case, if Draghi brings to the Council of Ministers the measure that in addition to extending the green pass in the PA and for those workers in contact with the public – from bars to restaurants, from cinemas to theaters – it will also involve the private sector, the Lega – at least that’s what several parliamentary sources report – it shouldn’t get in the way. In short, what was explained by the head of delegation Giorgetti who considers the health passport, like the presidents of the northern region, a way to relaunch the business world is valid.
However Salvini, pending the government’s decisions, continues to slow down. It is not yet certain, however, that the fiscal delegation will arrive in the Council of Ministers, the dossier could also be postponed to the next meeting while the competition reform will certainly go on after the administrative ones.

The appointment to which all political forces are looking is precisely the vote of 3 and 4 October. But the electoral campaign for the administrative is intertwined with the work of the executive. The League, for example, says no to a reform of the land registry. While the M5s president, Conte, meeting the person responsible for the ecological transition, reports that there is no openness of the latter on nuclear power. Among other things, all the leaders, starting with the secretary dem Letta, aim to ensure that the government intervenes to prevent the increase in bills. But the greatest attention is linked to the instrument of the green pass.

Today the ‘Captain’ of the League returned to the subject. “I have just heard from Zaia, who reiterates that the Green Pass must be used in a limited way. We are against the obligation to vaccinate, we are for explanation and education”, explained the former Minister of the Interior. And again: extended to all workers? “We would be the only ones in Europe to do it”.

The Democratic Party and Forza Italia have the opposite opinion, sharing the executive’s strategy. Prime Minister Draghi goes straight. ‘”Things must be done because they must be done, not to have an immediate result even when they are unpopular”, he underlined, quoting Beniamino Andreatta at the ceremony for the naming of the Bologna Business auditorium after the former DC minister. School.