When Milley, head of the US military, “removed” Trump from nuclear arsenals 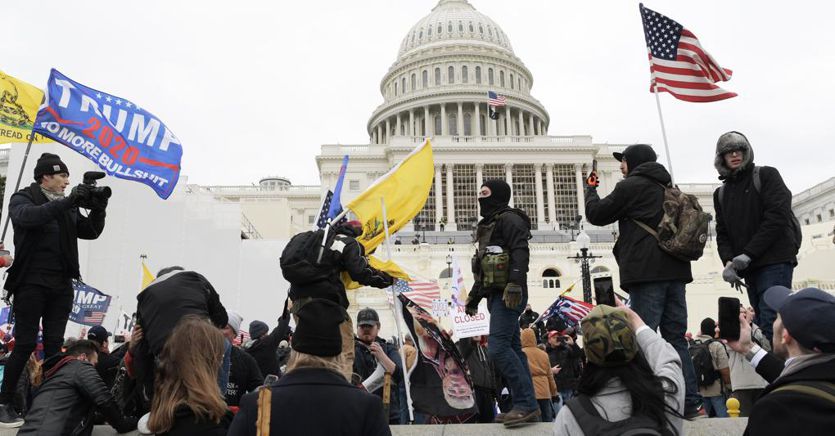 Donald Trump exhibited signs of a “serious mental decline” in his final days in the White House, so much so that he required top secret interventions to limit his powers. This was the conclusion, and the consequent informal decision, of the Chief of Staff of the United States Armed Forces, Mark Milley. The general, two days after the assault on Congress on January 6 by pro.Trump militants seemed instigated by the President, took on the responsibility of blocking any concrete possibility for Trump, obsessed with conspiracy theories against him, to launch into dramatic adventures, in particular military operations including nuclear attacks.

The reconstruction of “Peril”

The revelations are contained in the latest book by renowned Washington Post investigative journalist Bob Woodward, entitled “Peril,” Danger, co.written with his colleague from the American newspaper Robert Costa. A copy of the book, to be released on 21 September, was obtained from the CNN TV network which published excerpts from it. Milley believed that in those first days of January Trump risked “to go rogue”, of engaging in outlawed and crazy actions bypassing democratic and governmental safeguards. “It is not possible to know what the fuse is” that detonates him, he told his closest collaborators, referring to Trump, denouncing the “erratic behavior” of the President.

Moreover. Milley became convinced that in the absence of extraordinary precautions, the US military could not place “trust” in Trump, nor be sure that they could “control” his impulses. Said and done: Milley called a top secret summit at the Pentagon, in his office, on January 8 to carefully examine and reaffirm the procedures for possible war actions and for the use of nuclear arsenals. He spoke to senior officers in command of the National Military Command Center, the war room of the Department of Defense, ordering them not to accept or execute orders unless he himself, Milley, was directly involved as per the textbook. stick to the procedure. And I’m part of that procedure, ”he stated explicitly.

Milley then looked everyone in the eye and deliberately asked for a real secular oath: “Do you understand?” The unanimous response in the room was “Yes Sir”, yes commander. At that point he ordered everyone to keep every move that happened near the White House and the administration under close observation. The director of the CIA Gina Haspel asked to “monitor at 360 degrees”. In short, a real silent mobilization, unbeknownst to the population and the world, of the entire national security apparatus, not against an external enemy but against an internal threat, brought by the White House itself. The goal: to preserve “international order” and avert any incident.

An order for pickup from Kabul as of January 15th

Among Milley’s latest shocking discoveries on the unreliability of the White House at sunset on the stage there was also that of an order already signed by Trump to withdraw all US troops from Afghanistan as of January 15, 2021, a memorandum drawn up without even warning the Pentagon. The document was later considered void and buried. The deadline for the withdrawal remained the one previously announced by Trump himself, at the end of May, then extended at the end of August by Joe Biden and equally transformed into a traumatic and controversial evacuation operation.