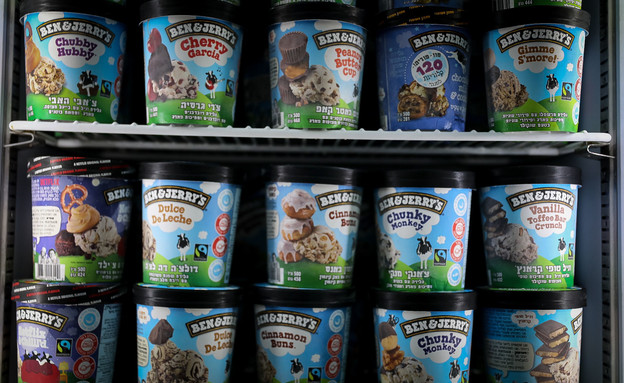 The state of New Jersey announced tonight (Wednesday) that the global Ben & Jerry’s company has violated state laws in its decision not to sell its products in the settlements. The state Treasury Department has made it clear that according to an extensive investigation they conducted, the popular ice cream maker and its parent company, Unilever, have violated state law prohibiting the boycott of Israel.

State officials added that they are promoting a ban on investing in the pension funds of the two companies in the state of New Jersey. The current storm comes about two months after the ice cream company announced that it would stop selling its ice cream “in the Occupied Palestinian Territories,” and that it intended not to renew the distribution agreement with the current Israeli franchisee.

“Ben & Jerry’s Israel” welcomes the decision of the State of New Jersey: “We congratulate New Jersey on its decision to fight the boycott movement against the State of Israel and to impose heavy economic sanctions on the global society, which together with its parent company chose to act against the state. Israel and its citizens – and not for the first time “

Tonight @NJTreasury announced that the Division of Investment has reached a preliminary determination that Unilever’s actions via Ben and Jerry’s constitute a boycott of Israel and violate NJ law. A letter has been sent to Unilever notifying them of a provisional determination. pic.twitter.com/nPp8gCrkYt

Ben & Jerrys Israel was quick to make it clear that they strongly oppose the global company’s decision. “The decision is by no means acceptable. Ben & Jerry’s Global has decided not to renew the agreement with us in about a year and a half in light of our refusal to demand that they stop selling all over Israel,” the Israeli franchisee said in a statement. “We call on the Israeli government and the consumer public – not to allow Israel to be boycotted – and to continue buying Israeli products.“